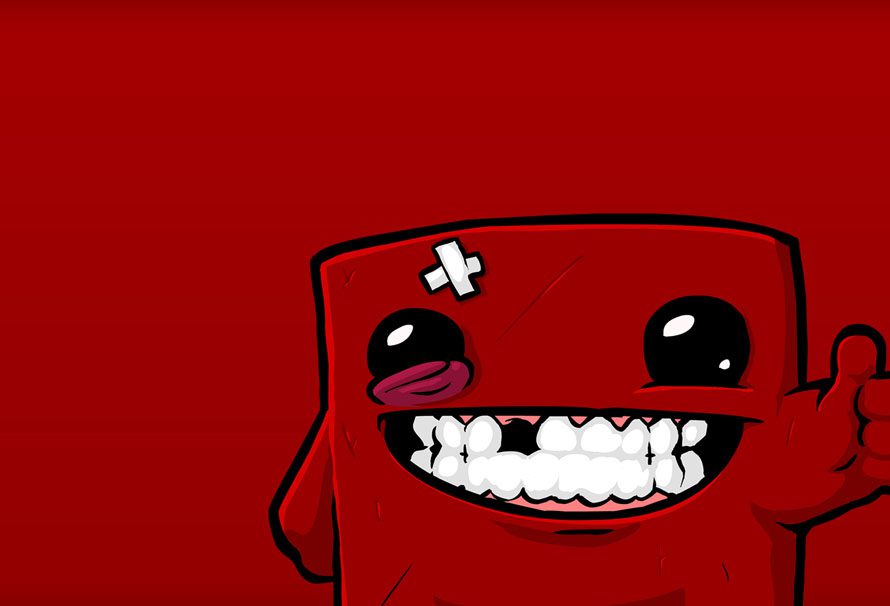 Super Meat Boy is the meaty platformer that started everything. Pretty much all indie-PC-platformers released now can see some DNA come from meat boy and his bloody adventures.

Starting out life as a small flash game back in the dark depths of time, Super Meat Boy expanded into a full title which kickstarted the wave of bastard hard platformers that we see today. Sticking to everything with an audible slurp, the eponymous meaty child bounds and slides around levels, all the while trying to rescue Bandage Girl from the evil Dr. Fetus.

Its controls are super tight meaning it feels brilliant to play. The other great thing about it is the post-level replay, showing you all your failed (and your one successful) attempts at a level. This means a tide of meat boys flows over the level, getting caught in traps and falling to their deaths, until one sole survivor bounds to the exit.

It’s got brilliant boss battles, which are designed for frustration but not in a way that stops you from playing. You’re going to want to take a few attempts at them, but their music and the sheer style of them keeps you coming back for more, and more, and more. This is a game, that like Dark Souls, is punishing but not unfair, so when you die you can try a different thing or you can learn from the experience to avoid it in future. Every second you spend playing Super Meat Boy is a second you spend getting better at it.

The game has a huge amount of collectables as well, so if you’re a junkie for completing a game you’ve got a tall order ahead of you, you can even play as different characters which change how you play. You can even dive into levels as the headcrab from Half-Life, which plays accordingly/

Combine all that with a brilliant soundtrack by Danny Baranowsky and a huge number of levels (featuring dark versions and retro levels), there’s a reason Super Meat Boy has had so many challengers to its throne, but remains king of the platformers.