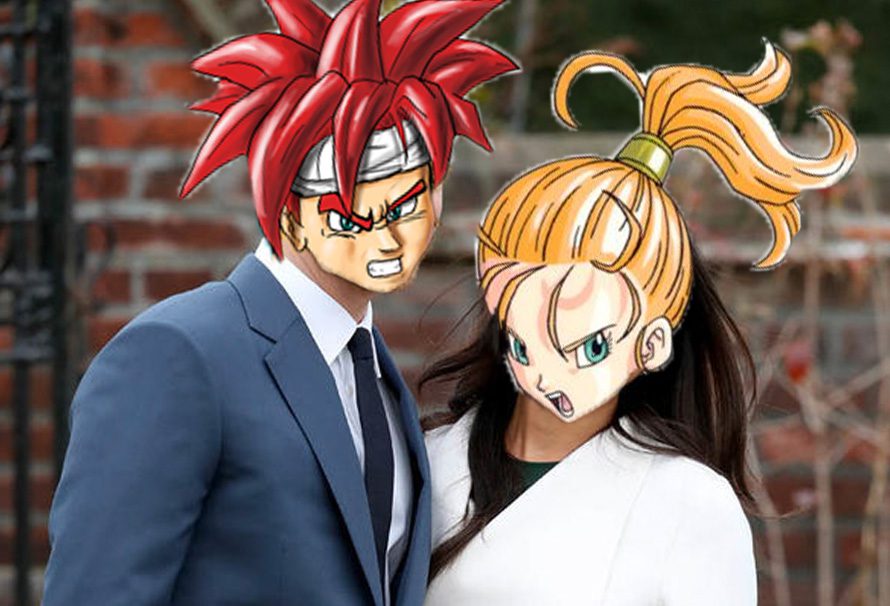 The excitement in the air is palpable, your mouth is dry, sweat runs down your back. That’s right, multiplayer is coming to No Man’s Sky.

Oh and also there’s a royal wedding or something happening on the 19th of May.

As our audience is obviously made up of many staunch monarchists we thought we’d use the union between Prince Harry (the ginger one) and Meghan Markle (the Suits one) to shine a spotlight on some of the best weddings that games have had to offer.

So dust off your best suit, put on a non-white dress, and get your bouquet-grabbing hands ready. It’s wedding time:

We spoke earlier in the week about how Uncharted 4 subverts tropes about being a hero, but it also features one of the best depictions of a marriage in videogames and well, most films and tv too. Nate and Elena love each other deeply, but it doesn’t mean their marriage is without issues. However due to learning the superpower of ‘communication’ they make it in the end.

Whilst the wedding doesn’t make it into the game directly, you can glimpse their wedding day in photo form, showing off the happy day.

There’s only one way to a woman’s heart; go back in time and prevent her ancestors from being killed, and then go to prison for kidnapping her. Works every time (Incels, this is a joke, do not kidnap people).

Crono spends a lot of time with Marle over the course of Chrono Trigger, and there’s some cosy campsite scenes so it’s not a surprise that by the end of the game our protagonist and the leading lady have fallen for each other. In the editions of the game that come with cutscenes, you get to see the happy day in glorious animation-o-vision. Beautiful.

The question in Skyrim about who will your spouse be, the question is who won’t be your spouse. You can marry almost anyone in this nordic utopia, and it’s never anything other than utterly slapstick and awkward. Marry your lizard-boyfriend and laugh nervously as your adopted children stand there awkwardly, staring at the wall, grumbling about not eating, and wanting to play hide and seek. Enjoy the scenes as during your moment of utter tenderness with your spouse, your Housecarl stands there, glaring at you with the power of a thousand tiny suns.

With all Elder Scrolls games, the joy comes from making the story your own but also enjoying the slightly bumpy ride you’ll take to get to your destination. So enjoy being married, and then never speak to them again because they’re in Markath and you’ve done all the quests there.

Oh Johnny Sasaki, you keyboard-wearing, IBS-having, un-modified Rat Patrol member. You tried your hardest and most of the time unfortunately that wasn’t good enough, but it was good enough for one Meryl who decided to make you an honest man at last.

After years of appearing in games as little more than comic relief and having his IBS being a recurring ‘gag’, it was quite nice at the end of MGS 4 to see Sasaki, aka Akiba, tie the not with his Rat Patrol superior, Meryl Silverburgh. Even Rat Patrol pals Ed and Jonathan turned up for the happy day. Lovely.

There’s no wedding better than a surprise and potentially non-legally-binding wedding, and the dwarves of Conde Petie know how to throw a wedding. In order to get access to the Iifa Tree, Zidane and Dagger (Garnet) must get married in a heartwarming ceremony, something that fuckboi Zidane is definitely up for. Alas Dagger isn’t quite up for it, and at least it’s only a valid marriage on the Outer Continent.

It does help Zidane conquer his fuckboi ways though, and eventually he learns to maybe not take marriages like this so seriously.

The marriage between Quina and Vivi though is legit canon and I will fight anyone who disagrees.

Want more weddings? Watch our video on the best weddings in games:

That’s all the weddings we’ve got time for. Have we missed your favourite in-game wedding? Hit us up in the comments below!