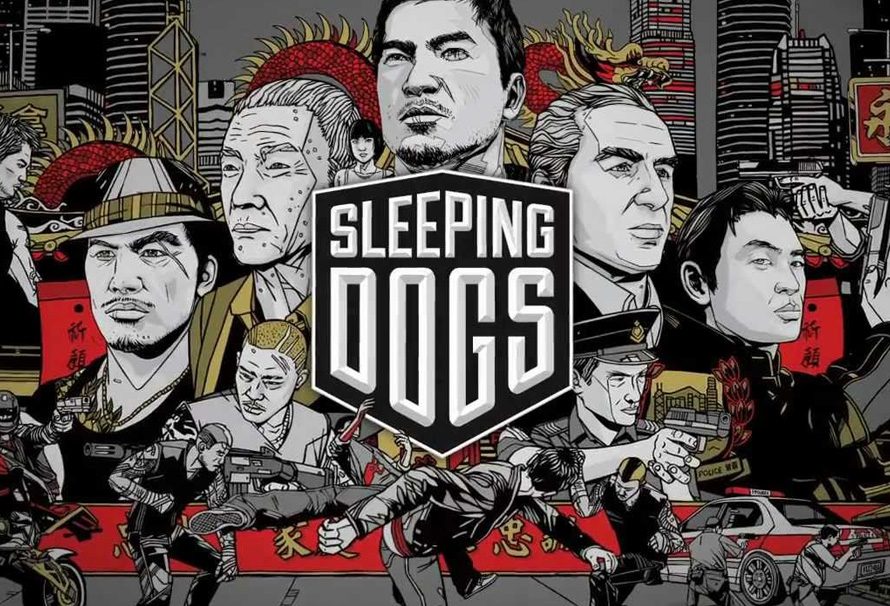 It’s not all bad though, because Sleeping Dogs still exists. My name is Alex, and I’m here to tell you why Sleeping Dogs is the best GTA game that’s not made by Rockstar, and why you should play it if you haven’t.

So sit your pork buns down on your favourite motorcycle and get ready to head to Hong Kong.

What is Sleeping Dogs?

Sleeping Dogs is an open world GTA-like by sadly defunct United Front Games. Set on an almost-real-life version of Hong Kong, you play Wei Shen, an undercover cop who’s returned to Hong Kong after years abroad working for the police in the US. Your job is to infiltrate the Triads to bring them down from within, all the time trying to balance on the tightrope between being a cop and the growing empathy Wei Shen feels for his criminal compatriots.

Haven’t I seen this film?

And you’d be right, it definitely channels Infernal Affairs, which was remade in the US into The Departed. It also channels things like Jackie Chan’s Police Story series, given that there’s a whole HECK load of kung fu going on in this game.

So tell me how Sleeping Dogs looks

Sleeping Dogs is beautiful. There’s no other way to describe how well realised its world is. During the day it’s all bleached greys from the concrete, which isn’t pretty but it’s accurate to the setting.

Then the sun sets, night covers the city, the heavens open, and the neon shines out from every building.

That’s when you know you’re somewhere special, that’s when it all makes sense. During the day the game is good looking but so what right? A million games are good looking.

It’s the night that brings the wonders out, and Sleeping Dogs sells its setting well and it sells it hard. It knows it too, because the game starts at night in the Night Market, and it uses the engine to full effect. The wet floor reflects the neon, there’s people everywhere, and your jacket sticks to your skin with the rain.

Everything else looks good too don’t get me wrong, but it’s the night-time that’ll really take your breath away.

And there’s a lot of it! One of the wise things that United Front Games did was basically use the Batman Arkham series as a basis for the combat system. Just like in Batman, it works perfectly here feeling fluid and responsive and giving you loads of options to batter your way through Hong Kong. Sleeping Dogs’ system also ties in a lot of environmental attacks, allowing you to grapple people and smush their face into nearby fans, or throw them in dumpsters, or toss them on an unlikely-but-vicious nearby crate of upturned swordfish.

It’s a rewarding system that’s gruesome at times, and as you progress through the game there’s optional unlockable moves you can learn which will see you breaking bones, stunning enemies, and smashing them with roundhouse kicks.

The map’s filled with little red dude markers which indicate a gang of thugs that you can just drive up to, hop out of the car, and then have a bit of a barney with. The world of Hong Kong is apparently just aching for you to go smash people in the gabber.

There’s also side stuff like a series of arenas, as well as a whole DLC section set on a mysterious island that’s inspired by 70s kung fu films.

How do the vehicles feel?

OK you’ll want more than that, this game came out between GTA IV and V, and after IV the vehicles are a joy to drive. They’re quick and nimble, at least the faster cars are, and they have that slightly-arcadey feeling to them when you’re zooming about Sleeping Dogs’ Hong Kong. You can drift and pull handbrakes, and you can even jump from car to car hijacking them.

Motorcycles are where my heart lies though, just because you are so incredibly nimble on them. You can zip in between oncoming traffic, hop over ramps, slide down side streets and alleys and then ramp them up into your house.

The trucks feel like trucks, the cars feel like cars. Do they feel realistic? Probably not, but they feel good, and that’s what matters here.

There’s loads of races and challenges to complete too, so if you get into the cars, you’ll be rewarded.

So there’s challenges from the game, and there’s also meta-challenges.

The game has races, side missions, Guitar-Hero-esque karaoke, gambling, cock fights, combat arenas, gold stars to unlock for achieving certain tasks, and a million collectables to get through.

But if that isn’t enough for you, there’s also meta challenges that activate when you’re doing certain activities.

Say you’re driving along, minding your own business, and you haven’t crashed or gone under a certain speed for a little while. A little timer will pop up which’ll be measuring your “Safe Driving” time, and it’ll start counting up.

Now that’s not too special by itself, but what it’ll do is compare that time to your friends list, and then rank you appropriately.

This means that almost anything you’re doing, you have this nagging voice in the back of your mind that if you keep doing it, you can beat your friends. For example, this led to me being chased by the police for over 9 minutes across the city as I tried to outdo my friends. Conversely, I still haven’t managed to beat the half an hour my friend Mick has managed to achieve for driving safely, and I have absolutely no idea how he’s managed that.

So I mentioned this a bit earlier, it’s influenced by Hong Kong kung fu films, as well as crime dramas like Infernal Affairs.

The story starts off with Wei Shen being arrested after a drug deal goes wrong, where it turns out that the whole thing was a setup so you could meet up with a former friend who’s joined the Triads, who is now languishing in jail.

This is your way into the world of the Triads, where your job is to bring them down and see them arrested. Which over the course of the game you’ll find increasingly hard to do, as Wei Shen’s sympathies and actions draw him ever close to becoming a criminal.

Run over someone or smash up a car, and the police will be less happy with you and you’ll get fewer rewards for your police progression at the end of the mission. Similarly though, if you’re not brutal enough or do enough takedowns, the Triads will rate you lower. Since your rewards get turned into progression on a skill tree, you really want to maximise both trees.

Overall though it’s a satisfying story with a payoff in the form of a roaring rampage of revenge, and the bittersweet ending that films like this often have. It satisfies, but it isn’t happy. Wei Shen is a bland lead, but by being bland you can project your own personality and reasoning onto him, it avoids the GTA: San Andreas pitfall of having a character be so obviously a nice guy, followed up with hour after hour of running over grannies while you drive police cars. Wei Shen is dull, but because he’s dull, you can be anything, you don’t have to be nice or nasty, you can just be whatever you like.

What skills do you get then?

Honestly this is one of the few weak points, most of them are either obvious so you feel you have to take that one, or they’re a bit unappealing so neither option really matters. For example, one police upgrade allows you to take weapons from the boots of police cars. I can tell you how many times I used that on the fingers of a hand without fingers.

On the other hand, there’s an upgrade that lets you steal cars without smashing the window. It’s a no-brainer that, especially for that un-smashed window aesthetic.

Even the new combat moves don’t matter that much, as outside of breaking limbs I didn’t end up using too many of them. But that’s me, and I enjoyed blocking and countering enough without having to delve too deep into learning moves.

I heard it’s a bit sexist

Yeah it is a bit. It’s a videogame, and you know videogames haven’t got a great handle on female characters. You get to have multiple girlfriends and romancing them gives you a bonus, such as showing all the hackable security cameras on your minimap. You date them a bit and then you get awarded a  bonus, which means the women aren’t people in this game; they’re just momentary barriers on your way to more rewards.

The only good point for women in this game is when one woman you’re dating breaks it off with you because you’re seeing multiple women, so why can’t she see multiple men? It’s the only real moment of life for female characters in the game, which is a shame given the rest.

You’d still recommend it though?

Too right I would. That aside, the storyline is solid, the game mechanics are rewarding and fun, and there’s an almost never ending series of things for you to do but rare for this kind of game, you end up wanting to do them. It’s the only game I have ever got every achievement for (humblebrag) and that should tell you something. I love this game, flaws and all, and you owe it to yourself to check it out.

If you like films set in Hong Kong or GTA games, this is a game you definitely should be playing.

Sleeping Dogs is available now in our Summer Sale!