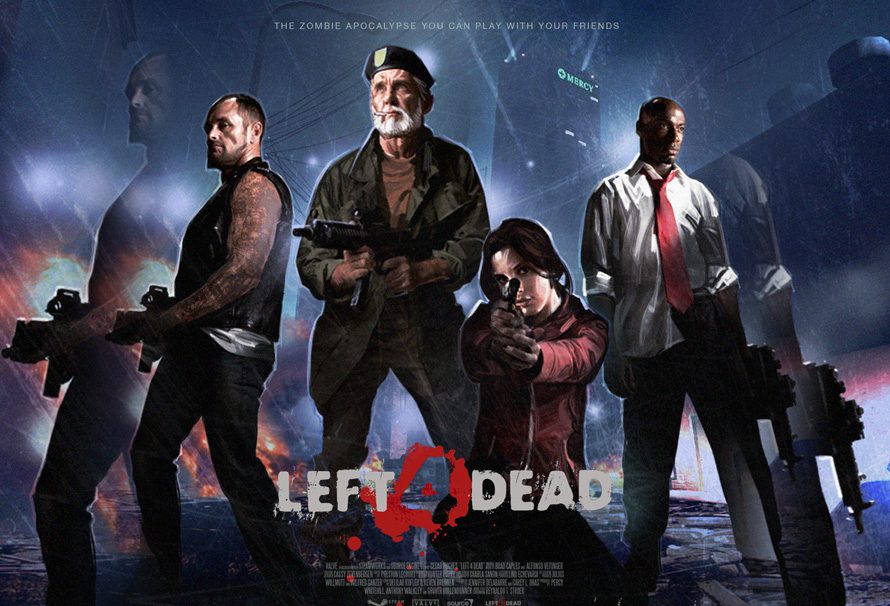 Left 4 Dead and Left 4 Dead 2 are the best zombie co-op shooters you can get.

Don’t @ me, that’s fact. Cold hard facts taken from my fact barrel from which I take all my facts.

They’re also in our Summer Sale, so you can grab ’em at undead prices. Which is a phrase that doesn’t make a huge amount of sense but to be honest I’ve written it now and I’m not going back and changing it. They’re cheap OK, go buy them.

If that doesn’t whet your appetite for some zombie shooting action or you haven’t played them before, here’s my Top 5 Reasons to Play…Left 4 Dead. Let me try to convince you.

It Forces You To Work Together

A lot of co-op games are really just single player games in co-op clothing. You run along and do your own thing and you get through the level anyway.

Not so in the Left 4 Dead games. You have to work together, if you go running off the AI director will see that and will launch a special infected at the outlier, or send a horde in, or just ruin your day some other way.

In Left 4 Dead you need to cover each other, you need to have a plan, you need to make sure you’re healing each other, sharing pills, saving them from infected. It’s a true co-op game, one where failure or success is defined by your ability to work with your zombie killing colleagues.

Left 4 Dead has an AI director, meaning that it’ll change up how the game goes depending on how well you’re doing and your actions in-game. If you’re doing well, it’ll throw tougher enemies at you. If you’re struggling, you might find that the game gets a little easier. In the sequel it even stretches so far to do things like change the layout of a graveyard or how much rain comes down during a flood, so the levels, in a limited sense, change up between plays.

All this means that while you can learn the game, you can never be wholly at peace with it. It’s scary out there, and there’s surprises lurking in the night.

Let me tell you, it never gets old. Especially if someone’s playing Bill in the first game. Yelling Bill at them over and over while zombies run at you? They’ll hate you forever.

You Can Hit Things With Pans

In the second game Valve added a lot of melee weapons, including pans. Now if you’ve been playing PlayerUnknown’s Battlegrounds you know that pans are OP. In Left 4 Dead 2…it’s not, but still it makes an incredibly satisfying ‘spang’ noise when you hit someone. Much like when Vic and Bob used to wail on each other back in the 90s. Imagine this:

Look here’s the hard sell. They’re both incredibly tight games, with pacing that varies and keeps you on your toes, with weapons that are fun and satisfying to use, with enemies that are varied and often hard to kill, especially when they team up.

You end up relying on your fellow humans in ways you often don’t in other co-op games. No team killing here, you’ll just die when the zombies turn up on your doorstep.

And that’s before mentioning that you can mod them, that there’s other game modes than just the standard campaign, or that the story’s actually pretty decent even though you only see it in little segments.

Also Nick’s the best character in it, don’t @ me.

Left 4 Dead and Left 4 Dead 2 are available in our Summer Sale for a heavily discounted price. Go grab ’em, you won’t be sorry!

If You Play These Games, You Should Play Fortnite