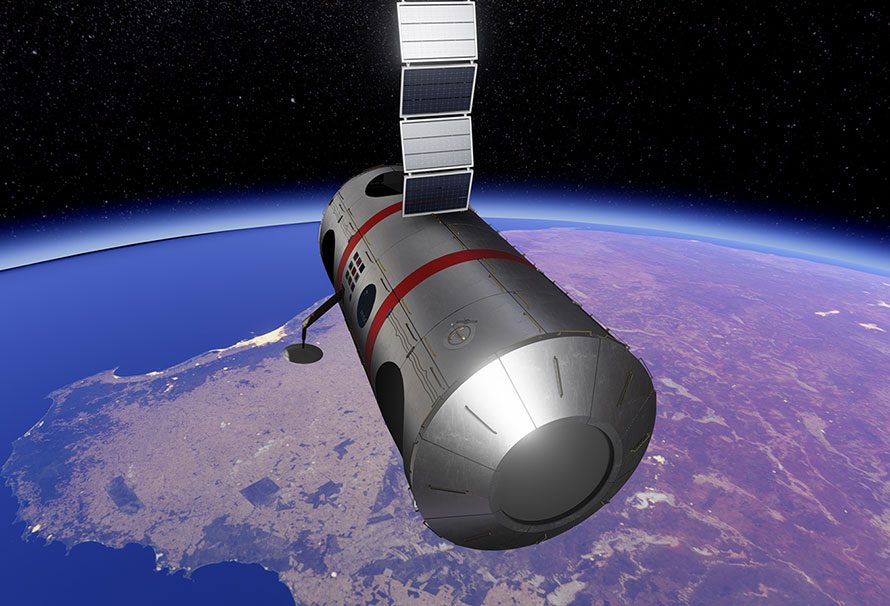 What was your inspiration for the graphic overhaul in the Vector update? Were you aiming for more of a Science Fiction or Science reality look for the game?

My main inspiration for Stable Orbit has always been the actual space stations mankind has built. I’m a bit too young to remember Skylab, but growing up, Mir certainly captured my imagination and I have been casually following the development of the International Space Station from the start. Since I began working on Stable Orbit I have spent countless hours reading about the ISS and pouring over every picture of it I can find. The vision I’ve had for the look of the game is that the casual viewer could mistake a screenshot of Stable Orbit for a picture of the real ISS.

I am definitely aiming more for a science reality look than science fiction, though I do try to extrapolate somewhat from the current state of affairs and how I envision space stations will be built in the future. For example, the individual sections of the ISS are all fairly unique pieces of machinery, whereas in Stable Orbit the station components are a little more industrialized – i.e. designed to be manufactured in a factory rather than custom builds.

What unexpected reactions have you had to Stable Orbit from players?

Watching people play the game and be fully engrossed with it has been a really strange experience, but in a good way. I always hoped that at least a few people would like the game, but I never expected to see people fully absorbed by this little thing I’ve built.

What is your idea vision for Stable Orbit?

To build the best space station (management) sim ever. Period.

Would you want to go into Space?

Definitely. As soon as it’s affordable and there’s a reasonable change of making it back to my family in one piece, count me in!

Who do you think is better at building rockets – Elon Musk or John Carmack?

Tough call. I have great respect for the both of them. Elon certainly appears to be ahead when you look at the number of successful launches, though I suspect John has a little more hands-on experience building rockets. It might just be that the best bet is to have John with you when you are on one of Elon’s rockets.

If you missed our previous Q&A with Jim about Stable Orbit, you can check it out here.