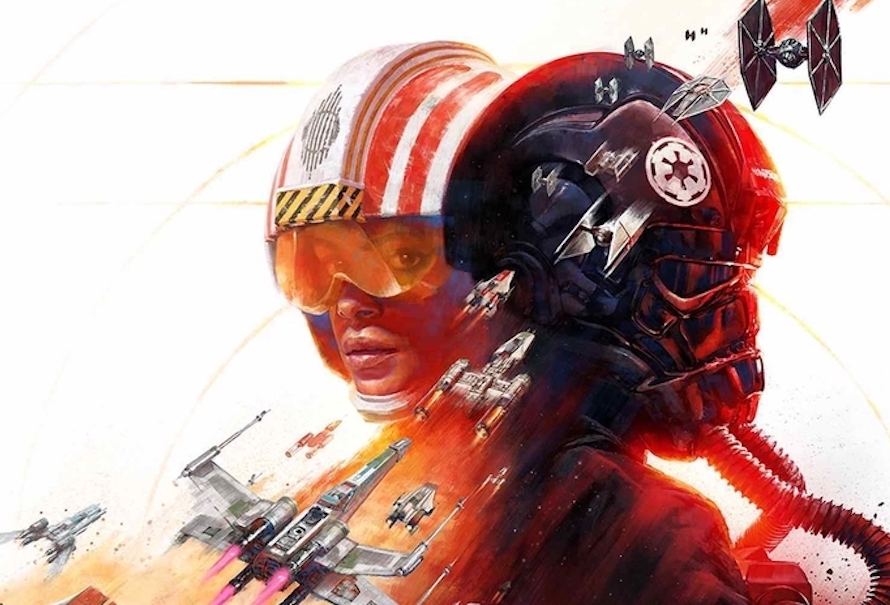 An upcoming dogfighting epic in the vein of the classic Rogue Squadron games, Star Wars: Squadrons is a space flight simulator that sets out to place players in some of the most exciting ships in Star Wars history. The game is set after the events of the Battle of Endor, post-Return of the Jedi but prior to The Force Awakens.

You’ll swap between the fleet of the New Republic’s Vanguard Squadron and the Galactic Empire’s Titan Squadron, seeing both sides of the conflict with fresh eyes. In this short guide, we’re going to run through the starfighters that are confirmed to be playable in Star Wars: Squadrons so far.

Manufactured by Incom Corporation, Squadron’s T-65 X-Wing is described as “a great all-rounder” and an adaptable ship amidst the Rebel fleet. Given its versatility, the ship is apparently great for inexperienced and veteran pilots – if you remember from the movies, the X-Wing was the most common combat ship, recognisable to any Star Wars fan!

Manufactured by Kuat Systems Engineering, the RZ-1 A-Wing is a nimble ship built for space battles. The Interceptor is weak but highly manoeuvrable in combat, so brilliant for evading enemy fire or getting pot shots in early doors. You may remember the A-Wing ships from Return of the Jedi – they were instrumental in winning the Battle of Endor and destroying the Second Death Star.

Manufactured by Koensayr Manufacturing, the BTL Y-Wing is a devastating, tactical entity within the New Republic fleet. It’s a sluggish ship incapable of chasing the more nimble starfighters in the game, but it makes up for its pace in its pure stopping power as a bomber. Y-Wing’s also boast plenty of armour, and can maintain their place in battle longer than the more versatile ships in the squadron.

Manufactured by Incom Corporation, the UT-60D U-Wing Support ship isn’t much good in combat, but it’s absolutely essential for helping to maintain the rest of the fleet, by delivering supplies and repairs to fellow pilots in the squadron. It’s a pretty tanky ship with average mobility, but can’t deal much damage in a typical dogfight.

I’m sure you’re all familiar with the humble TIE Fighter. An imposing ship with a terrifying presence in a dogfight, these classic imperial starfighters are small but deadly, with fantastic versatility in battle. TIE Fighter stats are average across the board, which makes them potent in any dogfight.

The TIE Interceptor is more streamlined than the TIE Fighter, and is therefore a lot more nimble when strafing through space. It has fantastic manoeuvrability and deals incredible damage, but be careful as it is rather weak, with no shields to mitigate damage.

The TIE Bomber is wider and bulkier than your typical TIE ship, with an extra cylinder for bombing capabilities. Due to its size and stopping power, it’s naturally quite slow, so is best for taking out enemy armour – it can be outmanoeuvred, but is ultimately still very deadly in a dogfight.

The TIE Reaper is not a combat ship, and is built to support the rest of the Galactic Empire’s fleet. It’s not very useful in a dogfight, but it can dole out repair droids and provide ammo for teammates who sorely need the lift. Its deflector shields ensure it takes a while to defeat the reaper in battle, and its average manoeuvrability means it can escape from the more nimble ships where necessary.