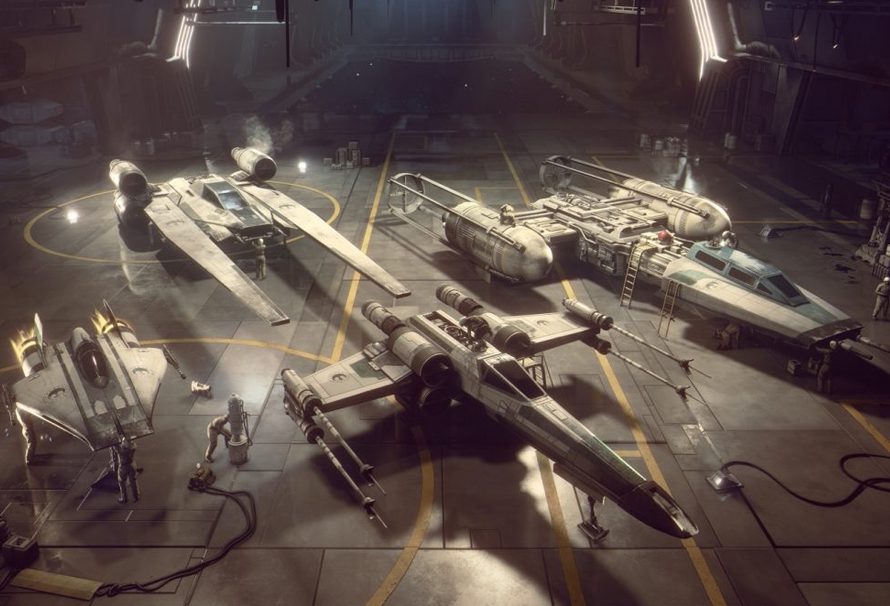 If you’ve always dreamed of taking part in virtual Star Wars dogfights in the cockpit of a fully simulated starfighter, then boy does EA have a treat for you. Star Wars Squadrons is a space combat game much like the old-school Rogue Squadron and X-Wing games. The game is being built for current-gen consoles and has been developed by Motive Studios, who were responsible for 2017’s Star Wars Battlefront 2, which they worked on with DICE and Criterion Games.

Published by Electronic Arts thanks to the Disney licence deal, the game will arrive on October 2, 2020 for PC, PlayStation 4 and Xbox One. Those who pre-order Star Wars Squadrons will be able to pick up a series of cosmetic skins and decals for New Republic and Galactic Empire pilots and ships, as listed below:

Academy Ace Series (One skin for each ship – 4 in total)

Given that the game can be played with and without VR, the Star Wars Squadrons system requirements are quite extensive depending on your rig. Regardless, the actual parts listed are relatively low-spec, meaning that even those with modest rigs will be able to have fun with the game. Here’s the recommended and minimum VR and non-VR system requirements for Star Wars Squadrons, listed below.

With the launch of the next-gen consoles right around the corner in early November 2020, many fans have been wondering whether Star Wars Squadrons will support cross-gen, or feature some sort of Dual Entitlement system which will allow those who purchase the game on current-gen consoles to play on next-gen devices.

So far it has been confirmed that the game will not launch on the PS5 or Xbox Series X or Xbox Series S. However, despite the fact that there won’t be physical next-gen copies of Star Wars Squadrons, the game will be backwards compatible, and therefore playable on both consoles. This is a decent compromise, and means that the game might experience some performance buffs if you do decide to continue with it on a next-gen device.

Flight simulator nerds and immersion fans will be pleased to learn that Star Wars Squadrons is going to let you get as close to the action as possible with peripherals and headsets. The game supports PlayStation VR on PS4, meaning you can strap in and take to the skies to truly test your mettle as a starfighter. On PC, the Steam page for the game tells us that the game supports Valve Index, HTC Vive, Oculus Rift and Windows Mixed Reality, meaning that regardless of what headset you have, it will most likely be functional with the game on launch day. Though, EA does recommend Oculus devices on a support page for pre-ordering the game. The Steam page also recommends Seated play areas for Star Wars Squadrons, which means that you won’t need to have loads of room to play the game in virtual reality.

The game will also support HOTAS peripherals, otherwise known as Hands On Throttle and Stick. These devices will be familiar to Microsoft Flight Simulator aficionados. Basically they let you use a joystick and a throttle instead of a controller to enhance the immersion you feel when you’re out there blasting TIE fighters to save the galaxy. HOTAS support will be native for PC players from launch, whereas HOTAS support will come to PS4 and Xbox One via a patch that “will be available the moment the game goes live,” according to Motive Montreal’s Ian S. Frazier.

However, if you’re not interested in playing the game in virtual reality or with external peripherals, do not fret. The game was built to support both methods, so you can hop in with a controller and kick back on your sofa to play the game if you don’t have access to the expensive optional kit.

Star Wars Squadrons is set after Return of the Jedi but before The Force Awakens and will follow two groups of pilots, the New Republic’s Vanguard Squadron and the Galactic Empire’s Titan Squadron. You can watch the CG trailer Hunted here, which was created by Industrial Light & Magic and Lucasfilm, and gives us a better idea of how the game’s plot is set up. The game’s two main characters are Rao Highmoon of Vanguard Squadron and Case Kassandora of Titan Squadron, and missions will alternate between the two pilots and follow their story after the Battle of Endor.