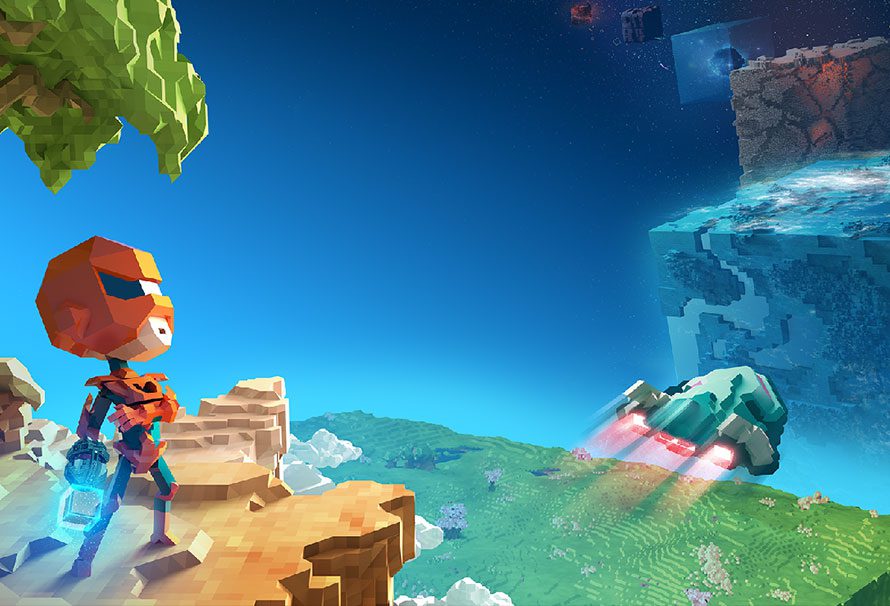 Currently in early access,  Steller Overload is a voxel based game that kicked up a Kickstarter storm. The game is getting an update today which adds a new planet and a variety of new features. In celebration of its release we were able to ask Michel Thomazeau from Cubical Drift a few questions about Steller Overload’s development and what we can expect from the game.

What was this inspiration for Stellar Overload?

Every member of our team likes different types of game, so Stellar Overload is a mix of all the teams favourite games.  We were inspired by games such as  Zelda, Minecraft, Mass Effect, Borderlands, Skyrim, WoW and Terraria. The game is a mix between adventure and blocks games, between RPG and construction games. All of that with a science fiction story.

How many different planets are there in the Stellar Overload universe? What makes them unique?

There are 10 different planets (the second was released today). Each has its specific fauna and flora, that make them unique. The first one, Merx, is a meadow planet, filled with fields, little and kind animals (squirrels and peacocks). The second one, Istara, is planet filled with forests, cold environments and few aggressive animals (spiders, boars). There will be a volcanic planet, a lunar planet, a completely frozen one, another will be arid and very hot. The last one will be a mechanical planet, composed of small robotic blocks.

What made you choose to develop the game using a Voxel Engine?

We were using Ogre3D, but needed to use a more up to date shader. So, we searched for a new engine, and finally choose UE4 for multiple reasons, the 2 main reasons were:
– It uses C++
– It is compatible with mac and linux and also consoles

Can the game be tailored to the player/how customisable is the game?

Players can already build a lot of things in the game (like houses). But what is important is that they can build vehicles made of blocks that move in the game. Hoverbikes are already available, and in this new update players will be able to create spacejets and travel in space!

What sort of enemies will you be facing in the game and how much of a threat are they to the player?

The first threat is a robot, from the Imperium Machina faction, they hate humans and want to kill them all! Players will encounter them in the first dungeon. More will come later but we do not want to unveil too much and spoil the players.

We cannot wait to jump into Steller Overload’s new update and we are looking forward to more updates from Cubical Drift in the future.