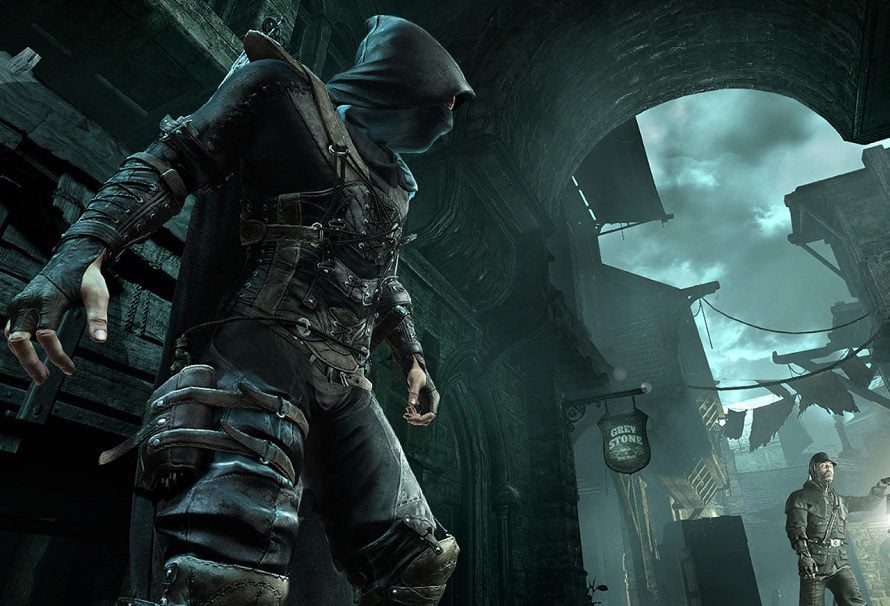 On March 23rd, 2020 Thief II: The Metal Age will enjoy its 20th anniversary. This is significant because not only is the game rightfully regarded as one of the best stealth titles ever made, but also because it shines the light on oft-forgotten franchise that has defined the genre in the eyes of many. Join us as we hop back in time and take a fresh look at this legendary series!

In 1998, Thief: The Dark Project arrived at a time when, on console at least, Konami had largely defined the stealth genre on its own terms with the superlative Metal Gear Solid – a remake of the much earlier Metal Gear title for the ill-fated MSX home computer.

Developed by Looking Glass Studios, the very same insanely group of talented bods that gave us the classic Ultima: Underworld titles years before, it’s fair to say that at the time of release, Thief: The Dark Project was quite unlike any other PC game on the market.

For a start, Thief thrust the stealth genre into the confines of a first-person perspective – itself representing a massive change to the status quo, because up until that point stealth titles had predominantly embraced a much more distanced, third-person perspective.

Much more significant though, is the shift in gameplay dynamic. Thief’s overtures to stealth weren’t to allow you to sneakily murder your way through the entire game (as later genre efforts such as Tom Clancy’s Splinter Cell would permit), but rather to avoid confrontation at all costs, and only employ non-lethal force when it is absolutely necessary to do so.

Indeed, it’s telling that Thief: The Dark Project would also lay the groundwork for many of the mechanics that we would later take for granted in the stealth genre. A ‘Light Gem’ for example, provided an active indicator as to the level of protagonist’s Garrett concealment in the shadows, while the level of noise that the player makes became an essential consideration in your sneaky, house-robbing endeavours.

As a result, Thief: The Dark Project really succeeded in making you feel like a proper clandestine agent and when taken in tandem with its evocative, patchwork steampunk setting, it was obvious why it would kick off a genre revolution that would be felt decades later. Oh and Thief: The Dark Project also deserves credit for pioneering the nifty ‘water arrow’, which can be used to put out pesky, light radiating torches, too.

Though largely similar in both form and function to the point that you might well be forgiven for thinking of this sequel as merely an expansion to its predecessor, Thief II: The Metal Age nonetheless makes one significant change over the previous game that is worthy of note.

Whereas Thief: The Dark Project often thrust its protagonist into all manner of mazes and temples in its later acts, Thief II: The Metal Age would instead seek to place a much larger emphasis on urban exploration, with many of its 15 or so stages unfolding across a range of mansions, banks, townhouses and more.

Though the sequel enjoyed both commercial and critical success, such accomplishments were sadly bittersweet, as developer Looking Glass Studios would close its doors shortly after Thief II released in early 2000.

Thief: Deadly Shadows – A Well-Judged, Modern Evolution For The Series

With traditional series developer Looking Glass Studios now out of business, the stewardship of the Thief series would shift to Deus Ex studio Ion Storm, and with it a change in direction for the franchise with third title, Thief: Deadly Shadows.

When Thief: Deadly Shadows released in 2004, it would immediately change things up by allowing players to choose between a first and third person perspective, rather than the forced first-person perspective of the first two games in the series.

Further afield, by leveraging the then cutting edge Unreal Engine 2, Thief: Deadly Shadows was able to implement a true visual evolution over the first two games, with Ion Storm able to showcase a wide range of refined lighting and shadow techniques that really underscored the series moody aesthetic.

Speaking of which, the improvements to the shadow effects were much more than just cosmetic too. Now fully dynamic, shadows would shift and move depending on the light sources that were close by, forcing players to stay on the move and ensuring that pockets of shadows no longer provided an infinite refuge to paranoid players looking to make their next move.

A commendable and highly enjoyable take on the traditional Thief formula with generous dollops of polish, Thief: Deadly Shadows is pretty much an essential prospect for any semi-serious fan of stealthy shenanigans.

Thief – An Enjoyable, If Uneven Reboot

It would take a whole decade for Garrett and the Thief franchise to return, and by the time that it did in 2014, the stealth genre had come on leaps and bounds with the likes of newcomers such as Dishonored and Alien: Isolation both laying compelling claims to the throne.

Nonetheless, despite the genre at large marching on, Thief still managed to deliver something of a remarkable effort, transplanting the series tried and tested stealth beats into a much more intimate setting.

Though not permitting the same level of freedom or similarly sized maps as the previous games in the series, Thief instead focused more on providing a higher level of detailed interiors than ever seen before, with all manner of shops, banks, conservatories and more brought to life with eye-popping nuance and detail that each proved a joy to explore.

The AI of the various guards and foes that you’ll encounter in Thief’s gothic urban sprawl was also greatly improved over previous games too, with your adversaries searching potential hiding spots and other areas for Garrett should you alert them.

In a doff of the cap to contemporary mechanics, a new focus style ability enhances Garrett’s vision and allows him to pick out loot, hidden paths and secret elements in the environment, while the titular thief’s ability to peer through keyholes and around corners also helps players to better judge how to avoid enemies.

Despite such improvements, however, all the main pillars of the series – hiding in shadows, picking pockets and avoiding confrontation nonetheless still ultimately form the bedrock of what is a surprisingly atmospheric though often underrated entry in the Thief franchise.