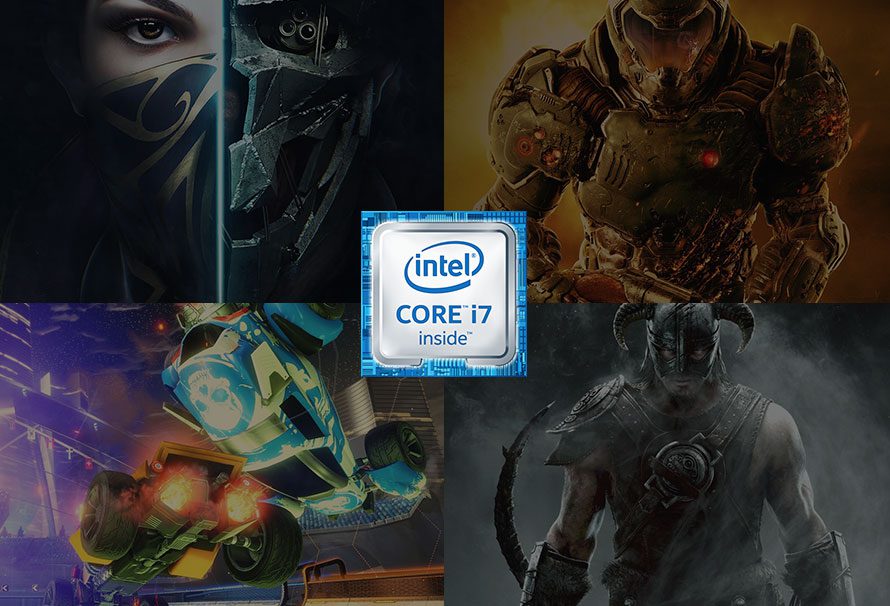 We’ve partnered up with Intel to off incredible discounts on popular titles, in this special Intel flash sale that will be running 23rd February until 28th February. Take a look at a few of our favourites below!

Ever wondered what the world would be like if we were stuck in the 1950’s and then subsequently subjected to Nuclear war? Well then Fallout 4 is the game for you! Set in a future that never really left the past you are left to explore Boston and it’s surrounding area after a nuclear fallout. You will make friends, enemies and an awesome settlement or 2. This is a great first person RPG that no gamer should miss. You can also get the Season Pass for 39% off.

The best way to describe Vermintide would be the perfect mix between a Warhammer game and Left 4 Dead. Set in the iconic Warhammer fantasy universe, Vermintide is a co-op action FPS where the main goal is to survive the Skaven hordes.

The next chapter in the award-winning Dishonored Saga by Arkane Studios. Play as royal protector Corvo or Empress Emily and choose your way to play, by opting for stealth or a brutal combat system. Set 15 years after the Lord Regent has been vanquished, Emily is on a mission to take back what is hers and restore the order of the throne in this masterful mix between supernatural and industrial.

With the Morrowind expansion just around the corner, now is the perfect time to jump into Elder Scrolls Online and explore the far reaches of Skyrim, Daggerfall and Morrowind. Set roughly 1000 years before the event of The Elder Scrolls: Skyrim, three alliances have emerged across the continent and each are struggling for supremacy over the land. Craft, wield, battle and make decisions in this mystical, medieval land.

If football/soccer and destruction derby had a baby, then Rocket league would be the offspring! Rocket League futuristic sports-action game, which equips players with booster-rigged vehicles that can be crashed into balls for incredible goals or epic saves across multiple, highly-detailed arenas. Using an advanced physics system to simulate realistic interactions, Rocket League relies on mass and momentum to give players a complete sense of intuitive control in this unbelievable, high-octane re-imagining of association football.

Live-Action Doom: Annihilation Trailer Leaves A Lot To Be Desired