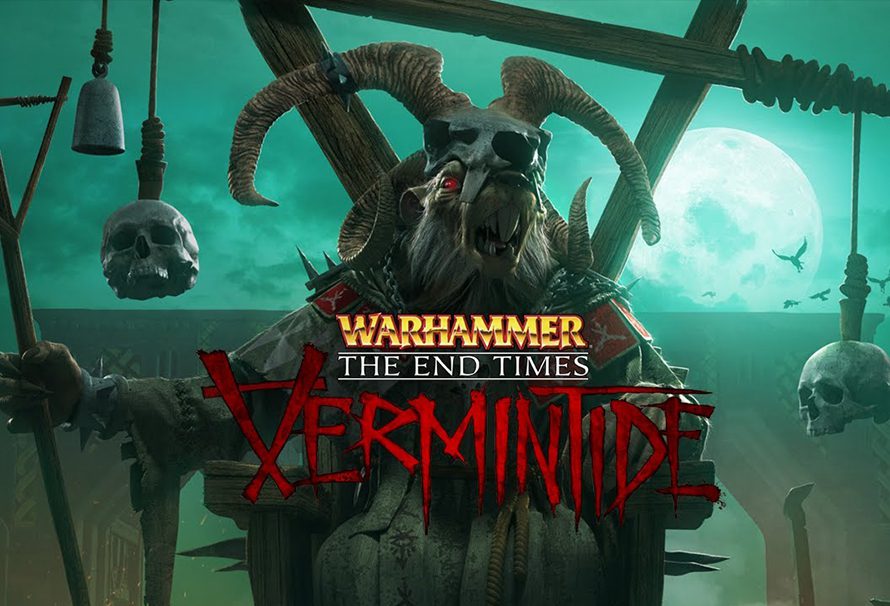 Over the past couple of weeks we have done a Vermintide Stream and a Let’s play video to promote our new Warhammer – End Times: Vermintide hub. Fans of the blog may know the usual drill, where we ask a couple of questions to the team after they have played the game. So without further a-do we asked Alex, Olly, Gina and Milo a few questions about their Vermintide experience.

As Vermintide is a team based game, how did you find working as a team against the Skaven hordes?

Gina: I loved the variety in Skaven, I think they’re a great and worthy enemy! As far as team work goes, it’s really important and although we were constantly talking to each other, there could have been more… consistency in our approach to the tasks throughout the mission. Especially, the barrels, I have no idea why we were being competitive against each other instead of working together, I think it’s that gaming mentality.

Alex: My useless teammates just slowed me down in my quest to incinerate as many dirty rats as possible.

Milo: I spent most of my time killing everything because my teammates couldn’t seem to, then reviving my dead teammates, as well as completing all the objectives by myself. I am the king barrel carrier. In fact, as well as carrying the barrels, I also carried the team.

Olly: I found the Skaven to be a particularly nasty and clever foe, and I was routinely saving and being saved from all kinds of ratty horrors by my teammates. I found the barrel-carrying sections to be particularly lacking in teamwork however.

Which character did you use and how did you get on with them?

Gina: As a new player to the game, I was advised to go for the Empire Soldier, instead of the Waywatcher (who I’ve been told is harder to play as). I got on well with the Soldier, he is great at wading into waves of enemies and coming out alive (sometimes) due to his shield to block and has a fantastic heavy secondary weapon called the Blunderbuss, that was a lot of fun to use!

Alex: I played as the Bright Wizard, obviously the best class as with my mighty eldritch fire I was able to make all the rat-men BUUURRRNNN. I particularly enjoyed when I got a new weapon, the Beam Staff, which replaced my ability to shoot fireballs with a continuous ray of magical fire, not unlike a Ghostbusters proton stream. Technically it meant I was doing less damage per second, but the effects (both visual and auditory) were very impressive and satisfying. Besides, a quick death is too good for the Skaven.

Milo: I tried both the Witch Hunter and the Bright Wizard. The rapid-firing pistols soon got my kill-count up and I thought he was great fun to play…until I inevitably ran out of ammo every 8 seconds. But after that you could get to work with your rapier which was more effective than I’d expected! I later tried the fire mage who was certainly little more fiddly to get right, but a well placed fireball could incinerate swathes of rats at a time and that was a powerful and satisfying feeling!

Olly: I really like the Witch Hunter thanks to his rapid rapier and duel pistols, he can deal with large swathes of slave rats very easily. I also played the Waywatcher, who is the closest thing to the Witch Hunter when Milo was playing him, except I could snipe key targets as well.

What are your thoughts on the Skaven as an enemy?

Gina: The Skaven as an enemy are awesome, they’ve found this great positioning between predators and intelligent beasts, which make for an equally satisfying story and game. There’s always one rat ogre in every mission and I start looking forward to him appearing, he is fantastic!

Alex: Some are mindless fodder, others are cunning and you must always be wary not to fall behind the group or run too far ahead, as several types can ambush you and cause a dreadful fate if you do not have the support of your teammates. There is one constant, though… they are stinking beasts that must all BUUUUURRRRRNNN

Milo: I wasn’t really a fan of rats before, and as it happens I still am not. They’re a terrifying enemy because of that overwhelming horde feeling. No matter how many you’re killing, a wave of them are pouring out of some window or drain just behind you and you can never feel safe against them. The special units that they have can really catch you out too, being caught by their assassins is pretty painful!

Olly: As mentioned above, I found them incredibly sneaky, cunning, and omnipresent. The rat ogres threatened team wipes (and sometimes delivered), Alex was routinely grabbed and dragged off, and the poison clouds disorientated the whole team at once. Clever little devils!

What was your favourite mission to play and why?

Gina: There’s a great part in the game where I go to give Olly a health potion and haven’t quite got to grips with the controls myself, so end up drinking it. Mission aside, that was an amusing moment. He did not go on to die btw…

Alex: The Wizard’s Tower, where you end up walking on ceilings and walls and also teleporting to another realm. It was nice to be in the magical abode of a fellow wizard!

Milo: I actually really enjoyed the last mission that we played, even though we lost. It was a really nice town setting and it was fun going through the streets and squares. After actually completing a mission, we were all playing pretty boldly and all had gone into Rambo mode at some point. We got a little separated at the wrong time and the mission quickly fell to bits. It was a good reminder that this game is challenging and really does require teamwork and I enjoyed that.

Olly: I liked the barrel retrieving mission in the docks. It allowed for one person to carry them and the others to escort that player, creating some tactical opportunities. My favourite point was when Gina carried 10 out of 8 barrels throughout the whole mission, so she says.

Are there any tactics you would like to share with our readers before they jump into Vermintide?

Gina: Listen to other Vermintide players, they know best – believe me.

Alex: Stick with your teammates. Resist the urge to rush for glory, or stay behind checking for goodies if the others have moved forward; even if your teammates are buffoons, there is safety in numbers.

Milo: Resist the urge to Leeroy Jenkins this sucker. They may be small and seem easy to kill but those crafty rodents will get you if you’re not smart!

Olly: Learn which button is ‘give item’ and which is ‘use item’!

You can check out more bout Vermintide on our hub, you can also see the lets play video on our hub main page.