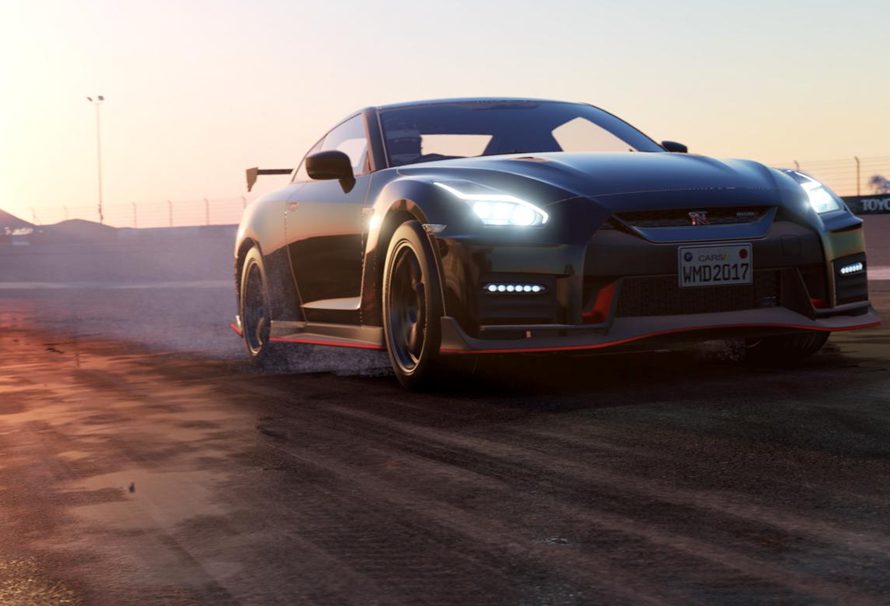 The highest rated* annual sports title returns with NBA 2K18, featuring unparalleled authenticity and improvements on the court.
*According to 2008 – 2016 Metacritic.com

SOUL GAMBLER is an interactive graphic novel inspired by Goethe’s Faust, a tragic play written in the 19th century. This is a contemporary and engaging adaptation of the masterpiece.

Carefuly crafted puzzles in a challenging 3D plaformer experience take the player on a surrealistc journey through a maze of feelings. In Face It, abstract concepts are shaped into gameplay. Darker emotions like fear and depression are monsters and traps, while brighter concepts like HOPE, VISION and LOVE are the powers you need to beat the levels.

Prepare for a blast from the past! Titans have once ruled Gemini and it is time for them to conquer once again. Gemini has been quite forthcoming with Concord expansions, seemingly divided and warring among themselves, but is there more to it? Reveal the Mystery surrounding the Titans and their reappearance. Explore key events from the history of Gemini and deal with their consequences first-hand.

With the evolution of new technologies, old Titan sizes have become far too common, resulting in the stripping of their class and re-branding into the current versions of Battleships, Dreadnoughts and Carriers. But the time has come for Titans to rule Gemini once more. Foreign technologies allow yet another leap in size and power, so it is time for Titans to return to their rightful place.

As the dust of recent conflicts settled, so came to light the emergence of a new system wide threat: The Deadly Dozen. They are a roaming gang of once-solitary criminals that have banded together under a mysterious leader to capitalize on current galactic turmoil. The Deadly Dozen have pitted themselves against all other factions and have quickly risen to prominence with acts of extreme violence and abolition of local laws. They are well-hidden, well-trained and scattered among Gemini in localized terror cells. Even though the call for someone’s life or capture is a barbaric method of governance, desperate times call for desperate measures, so the factions in turn sent out a call: “Bounties have been placed for the capture or demise of the twelve leading members of The Deadly Dozen and all captains are welcome to end their oppression.”

Welcome to Vice City. Welcome to the 1980s. From the decade of big hair, excess and pastel suits comes a story of one man’s rise to the top of the criminal pile.

Software subject to license (us.playstation.com/softwarelicense). Online activity subject to Terms of Services and User Agreement (www.playstationnetwork.com/terms-of-service). One-time license fee for play on account’s designated primary PS4™ system and other PS4™ systems when signed in with that account.

Bully® takes the Rockstar tradition of groundbreaking and original gameplay and humorous tongue-in-cheek storytelling to an entirely new setting the schoolyard.

As a mischievous schoolboy, you’ll stand up to the bullies, get picked on by teachers, play pranks, win or lose the girl, and ultimately learn to navigate the obstacles of the worst school around, Bullworth Academy.

THE ULTIMATE DRIVER JOURNEY! Project CARS 2 delivers the soul of motor racing in the world’s most beautiful, authentic, and technically-advanced racing game.

Ken Follett’s The Pillars of the Earth

Based on Ken Follett’s world-bestseller, ‘The Pillars of the Earth’ retells the story of the village of Kingsbridge in a whole new interactive way. Play as Jack, Aliena and Philip and change the events of the book through exploration, decision-making and dialogues. This interactive novel is released in three ‘books’, containing 7 chapters each. This season pass includes access to all three books, which will be automatically added to your Steam library on the date of release.

12th century, England: In a time of great poverty and war, a small town begins the construction of a cathedral to claim wealth and security for its people. In their struggle to survive, lives and destinies intertwine. Philip the monk becomes prior of the small abbey of Kingsbridge. At the same time, a boy called Jack is raised in the woods by his outlawed mother. His apprenticeship as a stonemason paves his way to become a gifted master builder. Together with the disgraced noblewoman Aliena, Jack and Philip begin the construction of one of the greatest cathedrals England will ever see.