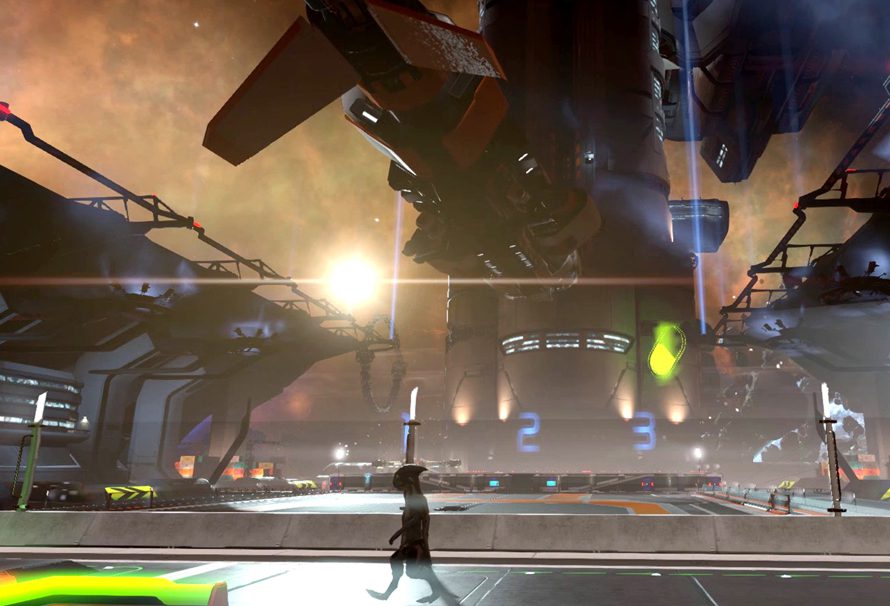 It has been a long while since the X series has had a brand new game for players to explore the depths of space. X4: Foundations promises a return to the classic sci-fi series and the developers Egosoft have announced that this latest instalment to the series will be revamped and expanded like never before.

Improvements To The X Franchise

This is the first X game to be announced since 2013’s X: Rebirth and there have been a lot of improvements and new features added. It has been confirmed that the spacemen the player controls will be able to fly in every spaceship featured in the game. This is a step up from the later X games as they were always tied to one ship, and one ship only. Ships will also be fitted with transporters so players are able to teleport between one craft to the other. Once researched, teleportation can also be used to transport to any ship players see fit and take over as the pilot.

There is a plethora of new features that have been added to X4, such as a more complex economy, factions that feel more alive than ever before, a more dynamic universe, a seamless first person experience and much much more. You can check out the announcement video below which takes you through all of the new features.

What You Can Do In X4: Foundations

Players will be able to trade, explore, fight, upgrade & buy ships, build space stations and build amazing economic space empires which will be staffed by NPCs. The universe is truly your oyster here as the game lets you do what you like. If you prefer to be a space pirate rather than the leader of an ever growing space civilisation, then you are free to do so.

X4 is built on the idea that real resources are the universes economy. Goods will be hauled by cargo ships throughout the far reaches of space, and the price of these goods will be determined by supply and demand in that area. It is up to you whether you want to build your own cargo ship convoy of goods or just rob other peoples, maybe even a bit of both, the choice is yours.

Egosoft have stated that “For the first time in any X game, all parts of the NPC economy are manufactured from resources. Ships, weapons, upgrades, ammo and even stations. You name it. Everything comes out of the simulated economy.”

The developers have also said that “X4 will be the first X game to allow our races and factions to freely build and expand their empires; the same flexibility the player enjoys in creatively designing space stations from modular building blocks is also available to them. Races expand their empire based on supply and demand, which leads to an extremely dynamic universe where every action the player makes can influence the course of the entire universe.”

You can check out a presentation of X4: Foundations below, it also includes a Q&A with the developers.

X4: Foundations sounds like it is going to be an amazing title for anyone interested in having their very own corner of space. No launch date has been announced yet but we will keep you updated once one is announced.

Have you played any of the X games? If so let us know which one is your favourite in the comments below.