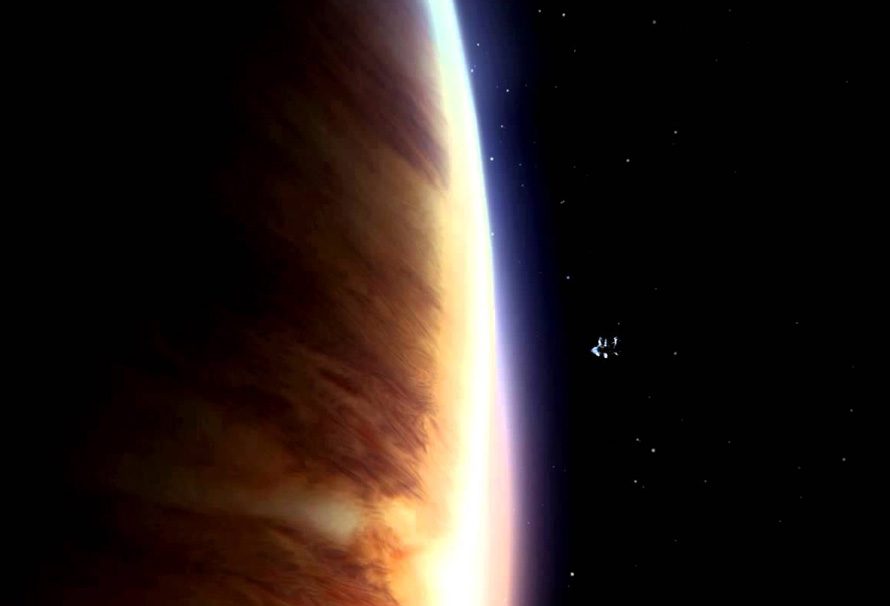 Alien Isolation is an intense and terrifying game set in the Alien universe which put you in the shoes of Amanda Ripley, Ellen Ripley’s daughter as she explores Sevastopol Station.

It’s an absolutely blisteringly scary experience and it unfortunately seems unlikely that we’ll ever see a sequel from Creative Assembly, given that the team behind it have largely moved onto other things.

We’d absolutely love to get a sequel to Alien Isolation, and if we do ever get a sequel, here’s what we’d like to see in it.

Warning: There will be spoilers for Alien Isolation here.

The one thing that they don’t have to change one bit is the aesthetic. From using VCRs to recreate the videos, to the absolute sheer level of detail in Sevastopol Station, it’s a visual and auditory tour de force. If you love the Alien series, then Alien Isolation is just perfect with every sound and sight being taken right from the films.

The best thing about Alien Isolation’s look is the lighting. When you’re in a vent and there’s a turning fan spinning shadow at you through the misted air, you almost forget you’re huddled in a tiny bedroom in London, you’re on the Sevastopol Station and the alien is coming for you.

The sound design is brilliant too, every sound is taken from the films and mixed to be absolutely crisp on modern sound systems. From the siren shrieks of the alarm system to the scraping shoes of Amanda Ripley, every sound is perfection.

So if they keep that the same, even if they take the game to a new location, Alien fans are going to be happy with Alien Isolation 2.

I know this is an odd one for a game called Alien Isolation, but the one thing that I’d hope to see less of in a sequel would be the titular alien.

When you first see the Alien unfold from the ceiling it’s the cinematic moment you’ve been waiting for ever since video games featuring aliens first started being made. It’s a dread monster from your nightmares. It’s the unknowable made flesh. It’s a chitinous demon that exists only to kill. It gives you a scare and then it’s off, hunting its prey through the dimly lit corridors of Sevastopol.

Then the third time it’s less scary. The fourth time even less so, until you begin to be a little immune to it.

If there was just a little less alien in Alien Isolation 2, that’d be amazing because it could be a real event. Instead of following you around the game, popping up around every corner, the alien would descend on you like a furious angel from time to time, prolonging the fear effect it causes.

One of the best things the original Alien film did was hide the alien until near the very end. I know for an Alien Isolation game we’d want to not wait the whole game to see if there’s an alien in the game, but it’d still be great to have a little bit more mystery and terror associated with the alien.

When you first play Alien Isolation, the scariest enemy is definitely the androids. They have blank faces, and they spout only kindness as they throttle the life from you. It’s a classic trope and Alien Isolation pulls it off with aplomb.

The only issue with the androids in Alien Isolation is that they’re a little slow, which means you can easily out-trot them. They don’t have to be sped up to be scarier, and they are scary already because they have that Terminator-that-never-stops attitude to life, but they just aren’t always a credible threat. You can just hop away and because the game’s set up as levels, they can’t chase you forever.

Maybe instead of an alien hunting you, the androids could? It’d turn them from annoyances, to hunters.

In Alien Isolation, the humans are able to shoot you when you’re hiding in the dark, across a room that could be a mile long with pinpoint accuracy.

Which is pretty impressive when they’re juggling homicidal androids and a hunting alien.

In the sequel, we’d like to see them be a little more easy to handle. They ramp up the tension when they’re about, but they do it more so than the alien. Nerf humans plox.

Let Amanda Ripley Be Her Own Person

We’ve seen Amanda Ripley follow in her mother’s footsteps in Alien Isolation, she met aliens like mum, she fought off killer androids like mum, and she crept through a whole heck load of vents.

We’d love to see Amanda Ripley forge her own path now, obviously it’d still be an Alien game so some touchstones would remain the same, but a new story and a new setting could breath life into not only a sequel, but also the whole beleaguered Aliens franchise.

Whilst Alien Isolation does well at giving you little areas to sneak around in and work to avoid detection by the alien/androids/humans and you can backtrack, it’s still at heart a linear corridor game. Some of the reasons for not being able to deviate from the path get a little silly at times, such as one branching path being blocked off with a couple of suitcases Amanda Ripley should be able to just hop over.

It’d be great to just actually go down there instead, Alien Isolation 2 could be a true open world sneak-em-up, you could explore an entire location and have it all be your playground for alien based horror.

There’s a lot to be said for Alien Isolation’s attitude to saving, it gives you save points instead of allowing a quicksave, which helps keep the game tense because you don’t know how much you’ll lose if you die.

The only problem is that it’s always just a bit too long between save points. You can lose time spent doing nothing more than travelling down empty corridors only to be surprised at the end, only to have to do it all over again.

We’re not asking for quicksaves or anything, but just a little bit more frequency in the amount of save points would help ease frustration, whilst still keeping the game tense.

Lose Some of the Busywork

Alien Isolation doesn’t outstay its welcome, but there’s a few sections in the game that feel like busywork, where you’re running errands or performing more repairs than Isaac Clarke on a busy day.

Alien Isolation 2 could skip some of this and have a leaner, more focused storyline, if for example you didn’t have to spent ages getting medikits for a wounded comrade. There’s always direction in Alien Isolation – escape from the alien – but sometimes it gets buried underneath other tasks, which we could stand to lose if the game ever gets a sequel.

If this means the running time gets cut a little, then that is a sacrifice we can make.

Tighten Up the End (SPOILERS FOR THE END BELOW HERE)

The original game ends, in that the alien nest is defeated, but it ends on a definite cliffhanger. Ripley floats alone in space until her helmet is illuminated by the searchlights of a spaceship.

Who’s on that ship? How evil are they? Given that it’s the Alien universe, they’re probably extremely evil, but the ending serves to just set up a sequel, which we’re still crossing fingers for.

It’d be great, if Alien Isolation 2 ever gets made, an ending that finalises her story so Amanda Ripley can get some peace over her missing mother, and maybe move on with her life. So she can have the happy life that we glimpse momentarily in the director’s cut of Aliens.

What Do You Want To See?