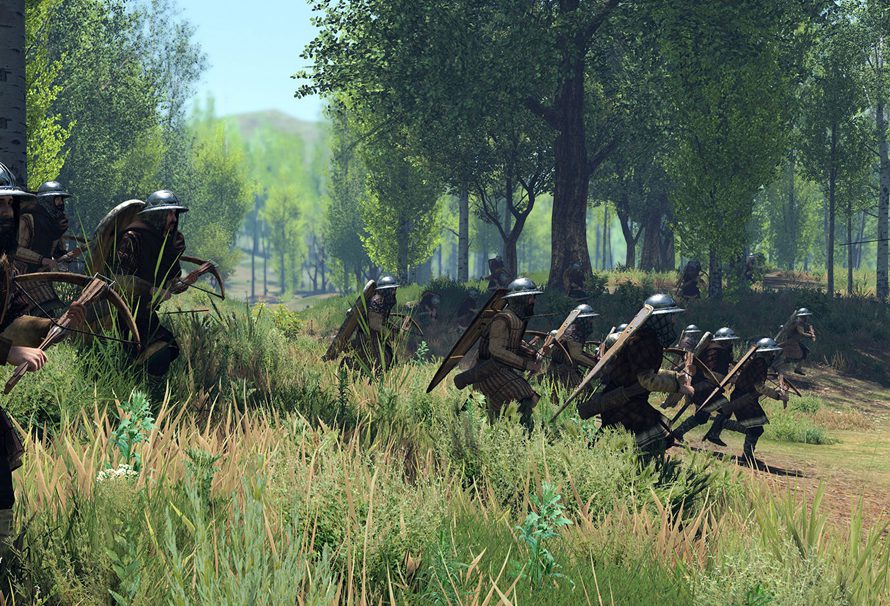 We may have only been playing Mount and Blade Bannerlord for a couple of months now. But we’re already seeing a whole host of excellent Bannerlord mods dropping. Whether they are nice quality of life additions, delightful visual changes, or small but impactful gameplay tweaks, there is a fantastic array to choose from that can elevate your experience ten fold.

We’re going to take a look at a few of our favourite mods that have hit Bannerlord since it’s release earlier this year.

This mod gives random regular troops in armies banners to wield whilst marching into battle. It’s a simple little change, and might not sound like much. However, it really adds a nice extra bit of immersion when fighting. Seeing your banners flying in the wind as you charge down your enemies looks cool.

Another Bannerlord mod that’s pretty self explanatory that adds a little gameplay tweak. The Dismemberment mod makes it so that killing blows have a chance to lop off people’s heads. Slightly gratuitous, yes, but fun nonetheless.

Fighting together relationships gives you an extra source of relationship income with other clans. With this mod you can gain relations with people you fight alongside with if you win. On the flipside, should you lead another army to their deaths you will lose relations with that party’s leader. For those of us who prefer the art of war, this is the perfect way to build some better relationships across Calradia.

This Bannerlord mod just looks really good, especially if you’re fighting at night. Fire Lord adds in fire arrows, axes, swords and polearms to the game, giving your battles an awesome fiery aesthetic. The fire arrows in particular look spectacular in large scale battles and sieges. They are completely cosmetic however, and have no additional benefits. Perhaps later down the line we will see fire causing damage to those it hits or maybe even starting small fires?

A Twist of Fate

We knew it wouldn’t be long until we saw a Mount and Blade Bannerlord game of thrones mod. There are a few different ones floating around at the moment but A Twist of Fate looks like one of the best. Based on A Song of Ice and Fire, this mod adds unique units, factions and twists all based on George R.R Martin’s epic series. It’s obviously a work in progress, but what is already created lays the foundations for an interesting new way to play Bannerlord.

Hideouts can be a frustrating experience due to you not being able to pick who and how many of your party members fight alongside you. For that reason a lot of people -myself included, just ignore them. This mod removes the party limit for hideouts meaning you can roll in with a massive force and wipe them all out in the blink of an eye. This mod makes hideouts a much more appealing prospect and more fun to actually tackle.

Giving players more ways to increase relations with notables in towns and villages not only keeps things feeling fresh, but also gives players more reasons to engage with those random bandits roaming around towns. With this mod you will gain 1 relation with a random nearby notable when defeating bandits.  As with the Fighting Together Relations, this is another great way for players to build relationships.

Getting fed up with looters attacking your towns? Well now you can hire patrols to keep your lands safe so you’re free to go and dominate the kingdoms. You can choose from patrols of 16, 32 or 48 units. You’re able to pick the area for patrol, but be aware that larger groups move slower meaning they might not be able to get to the action in time. Patrols have a daily cost in wages and other lords can also hire patrols.

I’m a big fan of this Bannerlord mod. Ralf’s Recruiter allows you to hire a recruiter for your castles and towns. They will then travel around the lands (not visiting people you’re at war with) recruiting troops for your garrisons! You can set how many Denars you want to spend and which culture your recruits should have. It’s another simple one that increases the quality of life of the game and means you don’t have to spend ages trotting around picking up troops acting as a taxi service for them between towns and castles.

Another simple quality of life improvement is the fast dialogue mod. This essentially removes loading screens between interactions with pretty much anyone in the game. Sometimes those loading screens can get a little tedious, so having the option to use menus instead of dialogue interactions is a nice change and quickens things up. For me, it just helps me get to fighting a bit quicker, because that’s pretty much all I do. I have no time for words, when there are wars to be won.

Diplomacy is currently a little basic in Mount and Blade Bannerlord and a lot of it relies on you being face to face with certain people. Which means you have to track them down and that can sometimes prove tricky or frustrating. Diplomacy Reworked streamlines how you can interact with kingdoms by selecting a diplomacy tab from one of your castles. Here you can start conversations with anyone, declare wars or gift fiefs. It also adds a few other quality of life changes such as not losing out on relationships when deciding on who gets ownership of captured settlements.

There are literally hundreds of Bannerlord mods out there so it’s hard to narrow it down to just a few. But these are certainly some of the most interesting and most talked about ones that help to create a more awesome gaming experience when playing Mount and Blade Bannerlord. Warband had an extremely active modding community and there is no reason why that community won’t continue with Bannerlord.