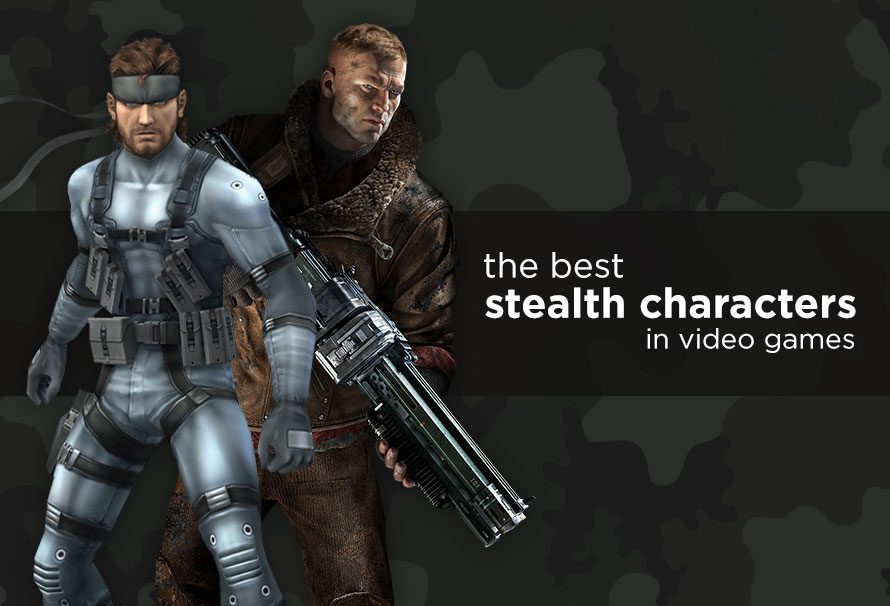 With the release of Sniper Elite 4 just around the corner we thought we would list some of the best stealth characters in gaming. Here is a list of our top characters, and as always if we have missed your favourite out let us know in the comment section below.

Karl Fairburne works for the American Office of Strategic services. His main missions involve him infiltrating enemy territory to gain valuable information. This means he has impeccable stealth skill, his main weapon of choice is a sniper rifle and his sniper kill has rarely been matched which means he is one of the most valuable assets to the US army.

Blazkowicz is an American OSA (Office of Secret Actions) agent and is one of the main agents behind the European exploits. Blazkowicz has a high level of stealth skill as a lot of his missions involve him overthrowing the Nazi war effort from within.

A former navy SEAL operator and CIA agent. Sam Fisher is the very first operative in the ‘Splinter Cell’ programme and is regarded as one of the best stealth agents in the field. Fisher has great athletic skill which means he is able to access areas that most normal human can’t. His split jump maneuver being his signature move.

Big Boss is a highly renowned special forces operative and mercenary commander and is the founder of FOXHOUND a U.S. Army Special Forces Unit. His stealth skill and proficiency in close quarters combat are a force to be reckoned with, so much so that Big Boss was cloned.

If you are looking for an assassin to do a quick and clean job then Agent 47 is your man. His skill when it comes to stealth and assassination is un paralleled. So much so that when he defected from the agency his higher ups took no time to try and eradicate him. As you can imagine, Agent 47 wasted no time in taking his hit men out with ease.

Cate Archer – No One Lives Forever

A secret agent working for UNITY, Catherine Anne Archer is a highly skilled agent. She has access to many gadgets and also has the ability to take out enemies just by using a hair clip. Her stealth skill is rarely matched hence why she was offered a job at UNITY in the first place.

Joel Miller – The Last Of Us

In order to survive a world that has been overtaken by a zombie virus you need a lot of stealth techniques in order to survive. Joel’s stealth abilities are insanely good as most of the undead in The Last Of Us base are completely blind and rely on sound alone to stalk their prey.

Much like Cate Archer, Joanna Dark is the top secret agent in her field.  The Carrington Institute is where she works specialising in combat, espionage, and undercover operations. As Jo is a skilled marksman and lethal in hand to hand combat she is seen as one of Carrington’s best agents.

He’s a master thief who can almost turn invisible in the dark and has tools for any situation, he was trained by the Keepers who observe and maintain stability in The City but he left to continue being a thief. The Woodsie Lord, The Trickster, plucked out one of his eyes, he eventually had the Hammerites make him a mechanical prosthetic.

In our opinion, it would be rude to not mention some of MGS’ elite snipers. The End, Quiet and Sniper Wolf are some of the most proficient sniper rifle wielders in games to date. So much so they would give Karl Fairburne a run for his money. Mind you don’t make the End wait too long though, he may die of old age.

So there you have it, who we like to think are the best stealth character in video games. As mentioned before feel free to tell us if you agree or disagree in the comments below.