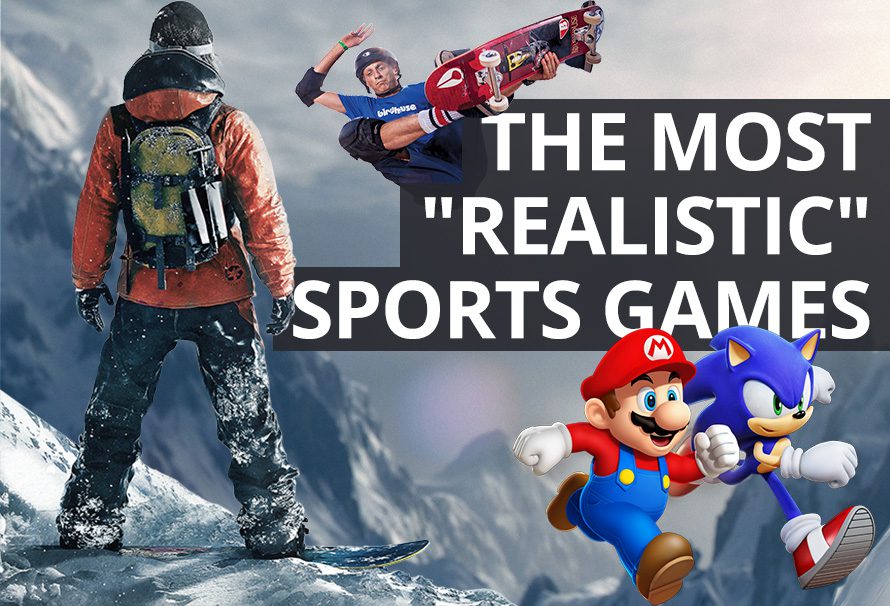 Sports games have increased in popularity over the years due to their hyper realistic physics and their ability to simulate our favourite sports to perfection. There are some sports games out there that just don’t quite hit the hyper realistic mark which in turn makes them fun in their own right. So here is a list of the most “realistic”sports games we could think of.

Disclaimer: Some if not all of these games are not that realistic…

Possibly the most controversial game on our list as it can be argued the WWE/Wresting isn’t real. However the WWE games have had their fair share of glitches and truly ridiculous moments that make this game have some truly shining moments. Check out the video below,

STEEP is possibly one of the most satisfying games when it comes to hurling your character off a cliff/into an icy crevasse. Much like other epic winter sports games such as SSX and CoolBoarders, players are able to defy gravity and perform some quite spectacular tricks. The most impressive thing though is that players can fall down a mountain and when they reach the bottom brush themselves off as if nothing happened. Even their skies magically reappear on their feet.

If you thought Steep had some pretty inhuman tricks the Tony Hawks takes the biscuit. On the surface some of the board slides and 180 tail flips look realistic, but when players are able to perform tricks such as the Christ Air, you may start to think that this character is a superhero or plugged into the Matrix. Check out the video below, the infamous christ air comes up around 55 seconds in.

Mario and Sonic at the Olympic Games

Usually if you were to pit a hedgehog against a plumber in a series of olympic challenges the plumber will more than likely win due to the hedgehogs lack of opposable thumbs and being a nocturnal creature. However in the world of Sonic and Mario this is but a small insignificant fact, this hyper realistic game not only pits humans again animals in gruelling challenges of strength, speed and agility. It also has the decency of levelling the playing field so that animals and humans can participate in harmony.

Possibly the greatest football game of all time, Behold The Kick men is still in development and is an accurate representation of ‘the beautiful game’. The pitch is circular, you can score multiple goals in one shot and you can have up to fifteen players in your team. Also you can play during a thunder storm.

So there you have it, the most “realistic” sports games out there. If you come across any more hyper realistic sports game, then let us know in the comments below!