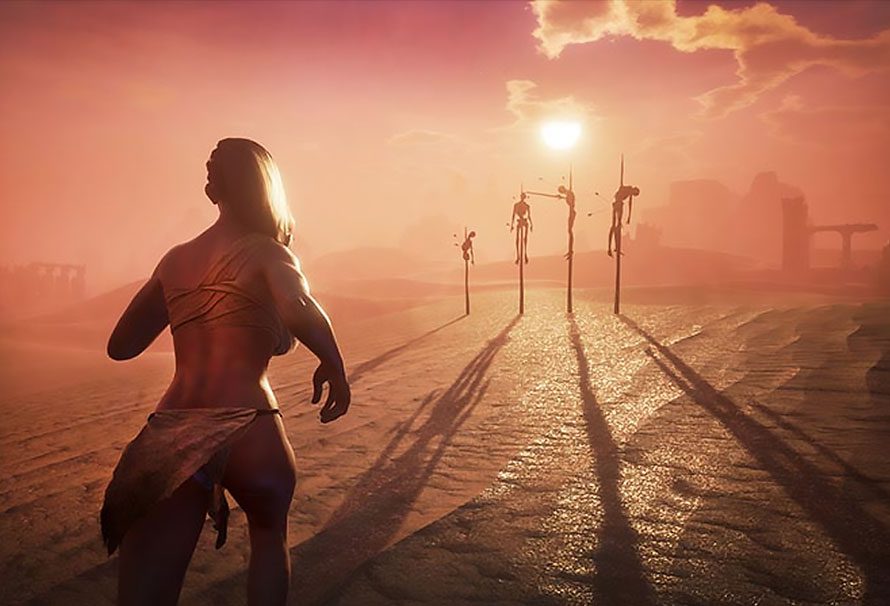 Conan Exiles went into early access this week and has been increasing in popularity since its release. We got the chance to sit down with Joel Bylos, the game’s creative director, to talk about the game and the Conan franchise as a whole.

What inspired you to create Conan Exiles? Was it mainly the love of the Conan Franchise or was there any games you have taken inspiration from?

We’re all big fans of Minecraft and we love the new genre of survival games that has sprung up from the concepts that Minecraft introduced to the mainstream – creative building and crafting, exploring an interesting world and, of course, fighting dangerous creatures.

Because we love Conan and his world, we thought that it was a great setting for this type of game and we wanted to bring forth elements that other games were simply not focusing on – adult themes, thrilling combat and a world packed with lore.

Absolutely. In a way, the MMO genre has started to break down into sub-genres over the past few years. MOBAs have replaced what used to be PvP Minigames in MMOs, and Survival Games have overtaken the crafting and open world PvP of the old MMO genre.

Because we have a couple of MMOs up our sleeves, we thought that this was a great opportunity for us to focus on certain aspects and try to turn them into a fun, enjoyable game.

Conan Exiles has been getting a lot of coverage from the press and community, what made you choose early access over a full release?

There are two main reasons for this. Firstly, we’ve been through online multiplayer releases in the past, and even with months of beta testing we’ve seen problems that are just impossible to spot before you go to scale. Early Access allows us a chance to get customers who understand that these things are difficult to predict (see Diablo 3 launch, even one of the best companies in the world can have difficulties in the beginning) and gives us time to react and improve.

Secondly, because of our experience with online multiplayer games we also understand that the players will evolve the game and find new and different ways to do things in the world that we never considered. Early Access allows us to tap into the infinite creativity of our players – giving us a chance to work with them to improve the game.

Were you expecting the reaction you received from ‘The Endowment Slider’?

I was expecting a reaction, yes, but not exactly the reaction we received. The press has responded with some amusement but there is far less outrage than I expected. Which is amazing! It makes me very happy that the game industry and the world at large are at a place where nudity is acceptable for those who are interested in those type of things. Adult gaming is for adults, after all.

For people who have yet to play the game, what goes into building your empire from scratch?

It’s worth pointing out that the game allows you to adjust the pace of your progression in single player and on private servers, so you can speed up XP gain, harvesting amounts etc.

In the beginning, you are naked and abandoned in a desert. You’ll start out finding branches and stones to cobble together some basic tools and from there, start harvesting materials to craft rudimentary buildings and weapons to defend yourself.

Who did you prefer as Conan The Barbarian, Arnold Schwarzenegger or Jason Momoa?

I think Momoa was visually closer to how Robert E Howard described Conan, but he wasn’t working with the world’s greatest script. Arnold on the other hand, made the role his own and in the minds of many, he *is* Conan the Barbarian.

So I like both, but for different reasons. I’d love to see a tv series that followed the original story adventures of Conan. That would be amazing.

And finally, What is Best in Life?

I am still working on that, but I can tell you what is best in Early Access!

“To crush your bugs, see them driven before you, and to hear the lamentations of the critics”

Conan Exiles in in early access and available now. We are also running a competition where you can win one of 5 keys.

Conan Exiles: everything you need to know for launch

Conan Exiles Xbox One Release Has Partial Nudity in US