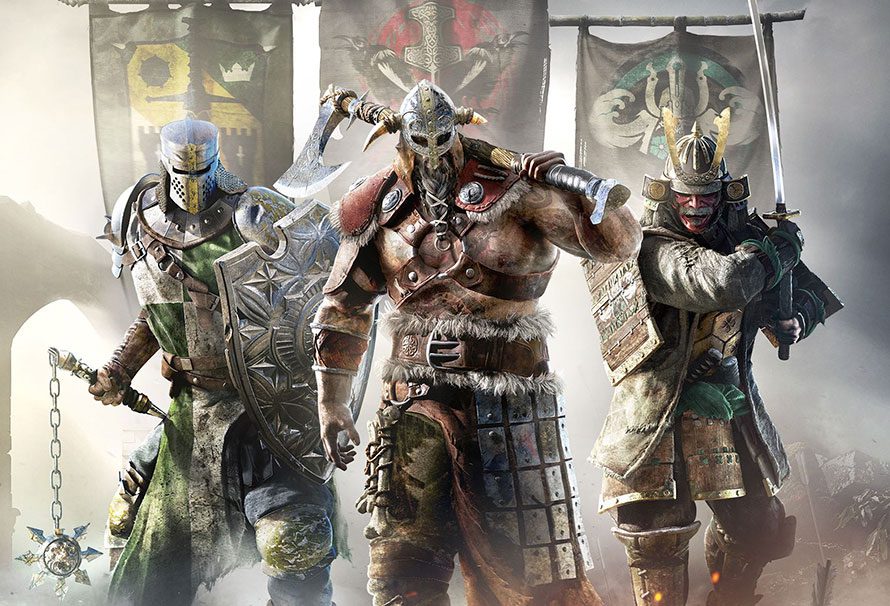 We got a little taster of the upcoming medieval online fighting game, For Honor, from the closed beta that happened last weekend. We’ve been in deep discussion about which For Honor characters were the best to play as and why we’re looking forward to jumping back in!

Milo will be playing as the relentless Berserker!

As somebody who is always drawn to the tank classes and heavy hitters in games, it was a surprise that the warrior that captivated me to play is the Viking Berserker. Wild, free and utterly without fear. They wield twin axes and, unlike other Assassin class fighters, and in spite of their agility, their attacks are brutal and relentless. The armour and heavy weapons of other classes can often prove no match for the Berserker’s whirlwind fighting style and harassment. The Berserker is for the player who wants to defeat their opponent up close and personal without cowering behind a shield.

Gina is set on the Knight’s Peacekeeper!

If there is a character choice in multiplayer games, I normally either hang back as the medic or wade is as the beefiest character I can find, which in this case would be the Samurai’s Shugoki or Knight’s Conqueror. There is no happy medium. So I’m going to try and master some of the smaller For Honor characters such as the Orochi and the Peacekeeper. The Peacekeepers are fast and rely on close range attacks and quick deflects. It’s under medium to control, which seems like a good level to start at!

Alex M wants to play as the Knights!

I love playing warriors or fighters in video games, but in For Honor they’re all warriors so who do I choose? It has to be the knight, armoured in steel and wielding vicious weapons, they stand astride the battlefield destroying all who come near. They’re the epitome of martial prowess in my eyes and it doesn’t hurt that knights can have thick armour and use a shield or a long halberd, which helps keep enemies well away and stops them from turning my insides into outsides.

Rob will be jumping in as the Viking’s Valkyrie!

In games, films and TV I have always favoured Vikings over anything else. So I will more than likely be playing as one of the Viking classes when I jump into the game. I am also one of these gamers who does prefer to go in all guns blazing so Vikings are right up my street. The Viking Valkyrie will probably be one of my main characters as they have a spear and can deal quite large damage.

Alex C is keen to try out the Samurais!

For me it’ll be the Samurai. Vikings vs Knights doesn’t seem that unusual a historical match-up to me, but the chance to fight Vikings or medieval Knights as a Samurai is an unusual opportunity! I’ll probably go with the Kensei class, combining powerful attacks with the ability to quickly dodge.

The For Honor open beta starts 9th February through to the 12 February and will be available on Xbox One, PS4 and PC. The game releases on 14th February!