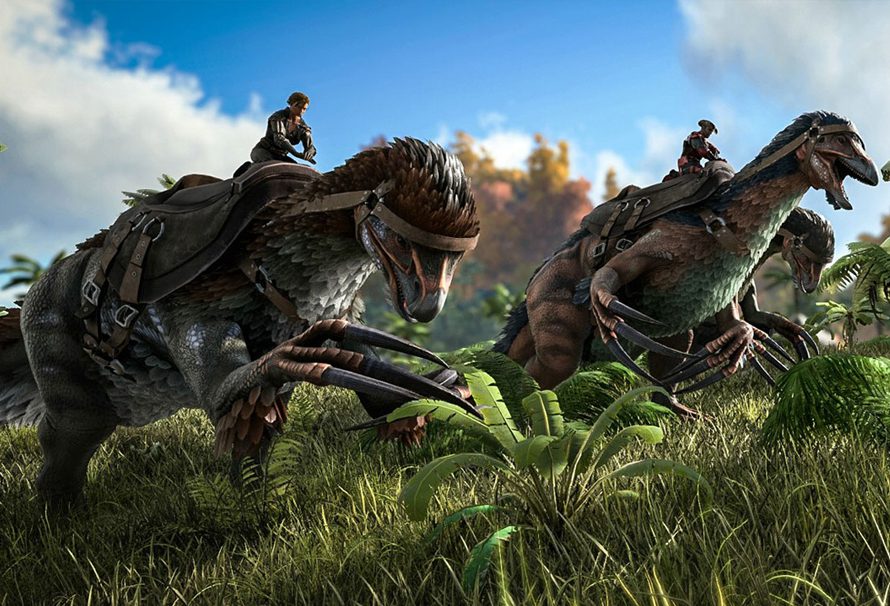 You really can’t go wrong with a good old fashioned zombie survival game. 7 Days To Die is an open-world which combines FPS, Tower Defence and RPG. The key mechanic here is survival and battling the zombie hordes.

7 Days To Die has been in Early Access for a fair old while. First hitting Early Access all the way back in December 2013, the developer went a little quiet up until recently. The game has now received an Alpha 16 update which adds so much more to the game. It’s nice to see that 7 Days to Die is back on track.

The game that basically combines Left 4 Dead, Orcs Must Die and Dungeon Defenders pits you and your friends against the oncoming monster hordes. The aim here is to scavenge for materials, build bases and defend your homestead. You also have a plethora of characters to unlock and choose from who have different classes and traits which can help you out on your adventure.

Fortnite will be going into Early Access this week. With the amount of promotion and updates that Epic have put behind this game, we can imagine that this title probably won’t be in Early Access for long. There is some controversy going around players having to buy the game at full retail price in Early Access before the game goes free to play on full release, but we are confident that Fortnite will be one of the big games to beat once it is completed.

Rust is a survival game which pits players against each other. So instead of surviving a cruel and harsh open world or putting players against a relentless horde of zombies/monsters. Rust challenges people to survive against other players. It also has a pretty great crafting system allowing players to build pretty much anything from the materials provided around the world.

Beginning as a game with similarities to DayZ, Rust came into its own by ditching the zombies and becoming its very own survival game. The game is updated weekly and dev blogs are uploaded via the developer blog. The game is now in Beta so hopefully it shouldn’t be too long before the game is fully released.

It can be argued that DayZ is the first proper zombie survival game. First released back in 2013 it first came about as a standalone game to a the popular ARMA 3 mod with the same name. DayZ is set during the zombie apocalypse but much like rust, players have to survive against other players. There is also zombies which always puts a firm spanner in the works of your own survival plans.

The games developers are still updating the game but the game has not come out of its Alpha stage. The developers have been stating that the Beta is just around the corner so hopefully the DayZ snowball will get rolling to full release soon.

Conan Exiles, the Conan inspired survival game developed by Funcom throws players into the universe of the infamous barbarian with nothing, not even the clothes on their back. Players then have to survive the brutal and harsh land and build their existence from the ground up.

When the game first hit Early Access it was well received relatively good reviews and Funcom has been updating the game since then. There have been some issues along the way, but we’re hopeful that with time Funcom will get the game into shape. Funcom are also releasing a brand new free expansion for the game as well.

A first person survival game where players assume the role of a pilot who has crash landed in the frigid Canadian wilderness after a huge global disaster. This is more of a survival simulation game where players will have to keep tabs on their body temperature, wildlife, hunger and thirst and even a whole load of environmental factors. The game features two game modes, story and sandbox giving players the opportunity to experience the story or make their very own.

The Kickstarter for The Long Dark finished all the way back in October 2013 and the game didn’t hit early access until September 2014. The Long Dark then finally released in August 2017. The Early Access period for the game got a good and steady stream of updates. The developer Raphael van Lierop didn’t want the community dictating the game’s direction and stuck to his guns as players wanted less of a hardcore survival experience.

Described as an action-adventure survival video game, Ark: Survival Evolved puts players on an island filled with roaming dinosaurs. Players will have to fight against these creatures as well as the increasing amount of hazards the island will throw at them. There isn’t just dinosaurs to contend with however as there will be hostile human players who will be after blood as well.

In June 2015 Ark Survival was released via Steam Easy Access and the Xbox Game Preview Program. The game received a nice stream of updates whilst in Early Access and remains as the only survival game to remain in Early Access for just over two years. The game will be coming out to PC and console at the end of August this year.

Now that both The Long Dark and Ark Survival Evolved have survived Early Access do you think the rest of the games in our list will get full releases, or are they doomed to be in Early Access forever? let us know in the comments section below.