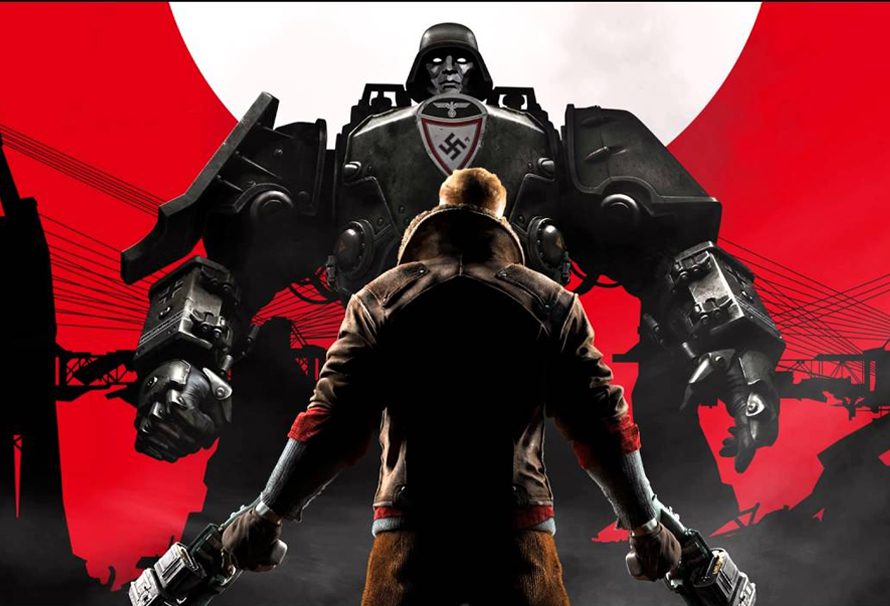 But before you jump in to the next instalment of B.J. Blazkowicz’s saga to defeat the Nazi regime once and for all, we suggest you take a step back and give the first two games a try. Both The New Order and the stand alone DLC The Old Blood give newcomers to the series the introduction they need as well as giving the hardcore Wolfenstein fans the fan service they need. Here are a few reasons why you need to play these games before you start The New Colossus.

Even though this is a 6 hour stand alone DLC, which came out after the New Order, it is a prequel series that not only gives players a pretty good idea how crazy the Nazi’s in the world of Wolfenstein are, it is also a great homage to the old Wolfenstein games, here’s why.

One of the biggest selling points for The Old Blood for me, was the fact you get to return to Castle Wolfenstein. Every storyline in the Wolfenstein franchise has visited the castle at some point with the first game back in 1992 tasking you to escape the castle where you are a prisoner of war. The New Order lacked the epic castle, which in the grand scheme of things is probably the smartest choice for a reboot but it’s great to see that the castle makes a return in The Old Blood.

Another classic Wolfenstein trope, Nazi zombies return in The Old Blood which has always been a staple for the franchise as a whole. These zombies are pretty hardcore compared to your standard Nazis as they are more bullet spongy and kinda relentless. Stealth kills will always work in your favour against these guy, unless you go completely old school and just relentlessly pump them full of lead Rambo Style.

At their core the Wolfenstein games are whole arcade shooters built for pumping bullets into enemies and not much else. It wasn’t until later games such as Return To Castle Wolfenstein where stealth elements were introduced in order to mix up gameplay a bit. The Old Blood has the perfect mix of stealth gameplay and hardcore firefights.

In conclusion. Wolfenstein: The Old Blood has all the classic traits that made the Wolfenstein franchise what it is. It also has a good balance of stealth and rambo style firefights, the story may be lacking a little but the homage to the franchise and the gameplay is enough to make this a pretty great game.

Now that you have played The Old Blood its time to dig in to the real meat of the new Wolfenstein storyline. The New Order is a game that features a great story, truly bonkers enemies and some pretty outstanding graphics. Both The Old Blood and The New Order are built on the Id Tech 5 engine which is truly beautiful, but enough about shiny graphics, here is why you should play The New Order.

Set during an alternate 1946 where the Nazi’s have got their hands on some highly advanced technology to turn the tides of World War II in their favour. Players take on the role of B.J. Blazkowicz an American captain who is tasked with destroying a weapons laboratory run by his arch nemesis General Wilhelm “Deathshead” Strasse. The mission doesn’t go to plan and Blazkowicz is put in a coma for fourteen years. He wakes up in a mental institute during 1960 and is tasked with escaping the Asylum.

From here the story is gripping as Blazkowicz finds out what happened during his 14 year coma and what he can do to overthrow Deathshead and the Nazi Regime once and for all.

Just to put things into perspective, the majority of The New Order is set during an alternative 60’s era where the Nazi’s won world war two and they have access to futuristic technology which originated from an alternate dimension. This setting alone makes the game pretty unique. True, other Wolfenstein games have dabbled with Nazi’s obtaining alternative technologies before (anti gravity technology in Wolfenstein 2009 for example) but with the 60’s setting and how things could have been if Germany did they win the war, really adds to the overall aesthetic and feel of the game.

As we have mentioned, now that the Nazi’s have some pretty high tech gadgetry up their sleeves, some of the enemies you come up against are crazy. The New Order made the Panzerhund famous, a hulking 4 legged, fire breathing mechanical monstrosity that can chew Blazkowicz down like a twix. Not only will you come up against Panzerhunds, you will also be up against hulking german soldier with artillery capable of decimating small cities. You know what they say though, the bigger they are, the harder they fall.

What Wolfenstein always manages to get right is the mix between World War II weaponry, and high tech Nazi technology and The New Order is no different. Not only will you be wielding SMG’s assault rifles and frag grenades, you will also get you hands on tesla grenades, upgraded assault rifles and laser guns. There is something quite satisfying when you come up against a Panzerhund whilst wielding a LaserKraftWerk.

So that is just some of the reasons why you need to play The Old Blood and The New Order before jumping into Wolfenstein II: The New Colossus. Is there anything we may have missed? Let us know in the comments section below.