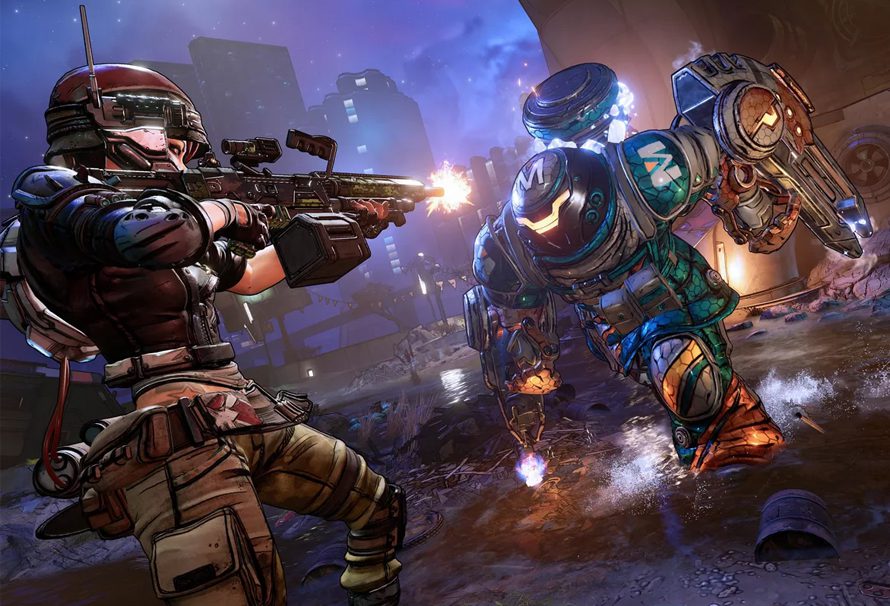 With all kinds of content updates constantly coming out for Borderlands 3, you might be thinking about picking it up. With all of the wacky weapons and crazy companions you’ll meet in your journey, the one thing that’ll remain a constant is who you choose to play as. It makes choosing one of the Borderlands 3 classes more stressful than it needs to be, so, to help you out, here’s everything you need to know about the Borderlands 3 classes.

Amara is a magical Siren, but not in the same way as Maya or Lilith. Instead of being good at long-range magic attacks, she specialises in punching everything to death using her magical arms. Also, she’s hench, so she uses her non-magical arms too.

Playing her allows you to use a Phaseslam that damages everything around you, or you can fling a version of yourself forward to hit enemies with Phasecast, or you can hold enemies in place with Phasegrasp.

Her three skill trees are Brawl, which focusses on being fast enough to get in close and punch/shotgun everything into a paste, Mystical Assault, which lets you become more and more powerful the more Rush stacks you trigger, or Fist of the Elements, which allows you to constantly unleash elemental chaos all around you.

FL4K can combine different pets and skills to make for some really interesting loadouts. They’re an AI that decided to start killing stuff because they’re bored of humans, and they make for a fun class to play as.

The three pets are either a Spiderant, a Skag, or a Jabber. Each of those ties into a specific tree, but you can mix and match as you’d like. The three abilities are Rakk Attack!, which summons down bird-monsters to hit your enemies, Gamma Burst, which teleports your pet into the action, or Fade Away, which turns you invisible and gives you some buffs.

The three skill trees are Hunter, which is great with critical hits and can deal amazing damage very quickly, Master, which allows you to buff your pet and turn them into a monster, and Stalker, which is all about hiding away and killing enemies without being spotted.

The weapons she can equip her mech with initially are a grenade launcher, a railgun, and a minigun. Her skill trees are Demolition Woman, which is all about making things explode a lot, Shield of Retribution, which helps keep your shield up, your health low, and your damage high, and Bottomless Mags, which lets you refill your drinks for free (also lots of bullets).

Zane is the last of the Borderlands 3 classes and is another very interesting character thanks to his ability to combine two of his three skills at any given time. This allows him to be a little more interesting than the other classes, and can allow for a powerhouse of a character even if it’s just him fighting.

His abilities are Barrier, which drops a barrier to protect him, SNTNL, which summons a deadly drone to fight alongside him, and Digi-Clone, which creates a clone of him that he can swap places with and give amazing firepower to.

His skill trees are Doubled Agent, which focusses on his Digiclone a lot and can give it his weapons and let it use grenades, Hitman, which is all about his SNTNL ability and gives you huge buffs when killing stuff, and Under Cover, which lets him master the Cryo element and boosts his barrier.

So which is your favourite from Borderlands 3‘s classes? Comment below and head over to the Green Man Gaming community site to see what other gamers had to say.