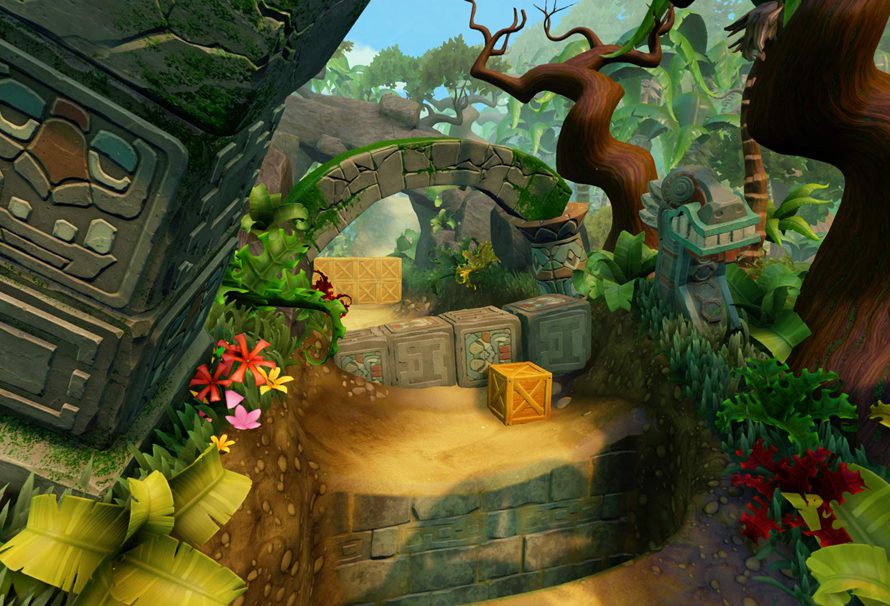 On the surface the answer to the above question is simple. Everyone loves nostalgia and having their favourite games remade with shinier graphics, thank you for reading *drops mic and leaves*.

I was half tempted to leave the article there as that is basically it, everyone loves the warm embrace of nostalgia when it comes to video games, whether it’s an easter egg (check Uncharted 4: a thief’s end) or a full on remake of a classic game like the N.Sane Trilogy, but how is Crash’s latest outing able to become the UK’s best selling platform exclusive game (for boxed games at least) for 2017 in just two days? Here is what we think.

A lot of video games these days appeal to video gamers. You’re probably thinking that’s pretty obvious but it’s true, there are very few games out there that appeal to people outside of the gamer bubble, and it’s a pretty big bubble considering that the industry is doing some pretty reasonable numbers. (According to UKIE the games industry is estimated to grow from the $101.1 Billion dollars it got last year to $128.5 billion it is expected to get by the end of 2020.) So for a game to break out of that bubble and start appealing to the more casual/non gamers out there is a pretty big achievement.

Every gamer has been in the following situation before, you meet someone who says they are a gamer and the games they say they play are GTA, Call Of Duty and FIFA. For a lot of people that invokes a facepalm reaction and then possibly some sort of fan boy induced discussion on how they are not a gamer blah blah blah, but what those games are doing is appealing to a bigger mass market and it’s working. There is also the type of gamer that really loves casual games. The gamer that probably fell in love with the Wii and plays lots of LEGO games, these people may buy maybe about 3 times a year at an educated guess and there is quite a lot of them out there so we can throw them into the bracket of the mass market as well.

What Crash Bandicoot N.Sane Trilogy has managed to do, is to appeal to the mass market and give them the nostalgia trip that we as humans love. Back in 1995 when the PlayStation was first released everyone needed to get their hands on one. A year later Crash Bandicoot appears on the scene as the PlayStation’s number one mascot, much like Sonic The Hedgehog was for SEGA and Mario was, and still is, for Nintendo. Before you know it everyone is playing Crash Bandicoot and loving the crazy platforming antics of this apple munching spinning maniac marsupial. As the PlayStation gets older the more casual gamers either stick with the same games or just drop off completely as the industry is still in its early-ish stages.

Fast forward to 2017 and Activision have re-made Crash Bandicoot for the PlayStation 4. Suddenly all of the mass market gamers who got Crash back in ’95 start pricking their ears up, all the COD and GTA players start getting pretty excited that the game they grew up with back in the mid nineties is making a come back and the really casual gamers get excited as well as they probably played Crash at a friends house back in his hay-day. I have seen first hand experience of this as one of my good friends, bought the N.Sane Trilogy to play on her fiancé’s PS4. We should take into account that my friend was obsessed with Disney Infinity when it was being developed and also plays the LEGO games. Back in the day she only managed to play the odd level on Crash Bandicoot 2: Cortex Strikes Back on the PS1 so to have her own trilogy of all three Crash games with re-vamped graphics was a sure fire winner for her. This is a prime example of how the N.Sane Trilogy is appealing to the mass market. Even browsing social media you can see that gamers of all walks of life are loving Crash and getting the opportunity to once again try and foil Dr Neo Cortex’s evil plans.

Activision have the perfect recipe for success here, a game that appeals to all gamers whether they are really casual, play FIFA daily or spend days on end absorbed in gaming worlds. Crash Bandicoot N.Sane Trilogy ticks all of the boxes and the proof is in it’s N.Sane sales. Let’s hope that other developers pick this up and we get some other remasters of some classic games. Fingers Crossed we get Spyro The Dragon sometime soon.