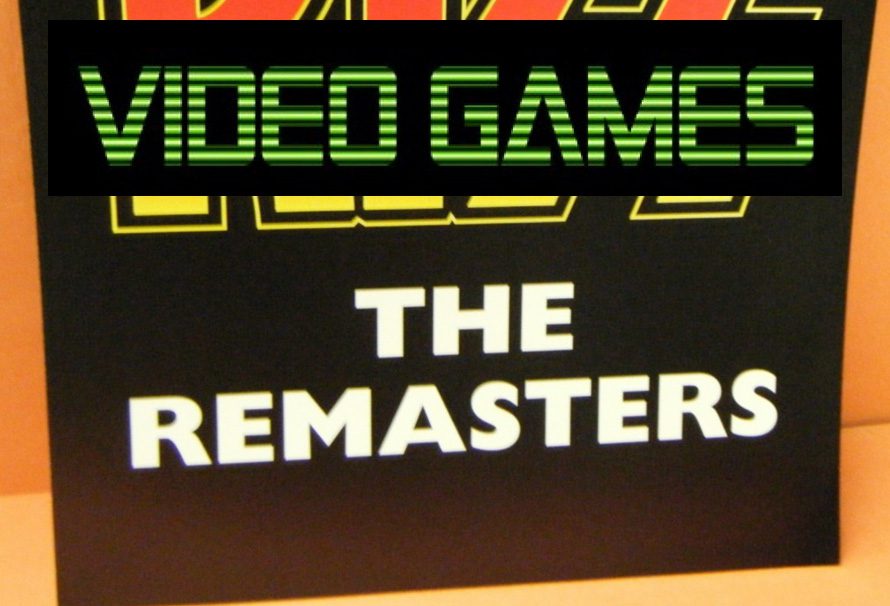 Crash Bandicoot’s remaster in the Crash Bandicoot N.Sane Trilogy has once again shown that remastering not only pleases reviewers, they sell like cakes which have been warmed up slightly.

The greatest Elder Scrolls not only because of it setting of Vvardenfell which is as strange and alien as any world we’ve seen in RPGs, but also because of its themes of racism, colonialism, slavery, and cultural relativism. It feels like Morrowind has got more thematically relevant as time’s gone by, its major theme of understanding other cultures is something we could all definitely use a dose of.

You can install a million mods for Morrowind, but they often change the timbre of the game and the tone’s of how it looks is often lost. You install some HD Texture Pack and what you get out the other end isn’t ‘Morrowind’. What I want to see is an updated version, change up the combat a bit because you damn kids don’t understand dice roll combat if it’s in first person, slap some nicer visuals in, and put a day/night cycle in for towns so shopkeepers aren’t open all night. Boom, done, sells a billion copies. You can thank me later Bethesda.

OK you can visit an updated-but-prequel-by-a-thousand-years version in The Elder Scrolls Online: Morrowind, but it’s not the same, even though it’s pretty good.

Alright, chances are you haven’t played this ancient Megadrive RPG from cinematic-game-masters Naughty Dog, but if you have you’ll be chomping at the bit for a sequel or a remaster or ANYTHING that would show that Naughty Dog haven’t forgotten their RPG roots.

Set in the world of Ushka Bau, the not-at-all derivative story involves the Rod of Creation getting split up into the Rings of Power, and you must scour the world first for companions for your quest, then the rings as you go to take on the mastermind behind it all; Void.

It was amazing to have an open world RPG on the Megadrive, and I’d love to see that setting revamped a bit. It doesn’t even have to look that much better, maybe spruce up the sounds, better resolution options, better conversations and random battles that are a bit less random and I’d be happy (it had random battles that were so random you could meet the hardest enemies in your first move).

Go on Naughty Dog, forget that Drake man, get back to Rings of Power.

It’s had a re-release already on the Game Boy Advance, but lets not think about that as it added stuff that doesn’t really add to the game (like special cards).

Shining Force is a strategy RPG made by the Sonic Team and yes, for the Megadrive again. It’s not as polished as its sequel and after that frankly the other games in the Shining series go a bit wacky, but Shining Force will remain my favourite just because of its world, and its structure. You progress through levels that contain multiple tactical squad based battles, levelling up, fighting the evil armies of Runefaust. It’s a brilliant game, and it’d do well brought to modern systems! Probably. Well. At least I’d enjoy it.

The Fallout games have become a juggernaut, and it’s a terrible shame that most Fallout fans haven’t been able to play the original two games. Despite them still being incredibly playable today (they’re just turn based RPGs, they don’t need to look amazing!) they have a few flaws that need fixing via mods, and they aren’t really updated for modern systems.

Basically I just want to see a new generation see the ending of Fallout for the first time, or see the huge amount of choices that are available to them in New Reno.

Give them a remaster Bethesda, and then listen to the wails as people encounter super mutants for the first time and realise they’re not the cuddly sorta-easy-to-kill chaps you meet in the later Fallouts.

The Freespace games are the finest mission based space combat games there are. Yes, even better than X-Wing and TIE Fighter, simply because they have LASER BEAMS that work like laser beams. The first mission of Freespace 2 has a giant spaceship opening fire with a beam cannon on another giant spaceship, and the beam not only persists it pauses for a second before cutting through the other ship. It was mind blowing at the time, and it’s something I still haven’t seen in many games.

Now, that scene is seared into my brain but I can’t go back and replay that moment because it probably looks like brown poops floating in space firing ugly lines at each other and not the vicious space war that I see in my memory.

So if Volition could stop with all this silly Saints Rowing and get back to doing a remaster of Freespace 1 and 2, I’ll be a happy chappy.

Also they could re-release Freespace without the ‘Descent’ prefix, which had nothing to do with the game at all.

But speaking of Descent…

It’s been a long time since we’ve had a decent Descent, with its twisty robot shooting 360 degree spaceship tunnel action. The world is clearly ready for a remaster of the original, so we can get lost, struggle with the map, and then get lost all over again.

But in between getting lost you get to blast loads of mining robots in corridors, and with modern visuals it’d be beautiful and confusing and filled with laser scorch marks.

Hey maybe they could even do a Viscera Cleanup Detail map for it? You can have that idea for free.

Those are my ideas for what I’d like to see remastered, so if all these dev teams could get on with that, that’d be great. Thanks.

If you have other games you’d like to see remastered, let me know in the comments below.