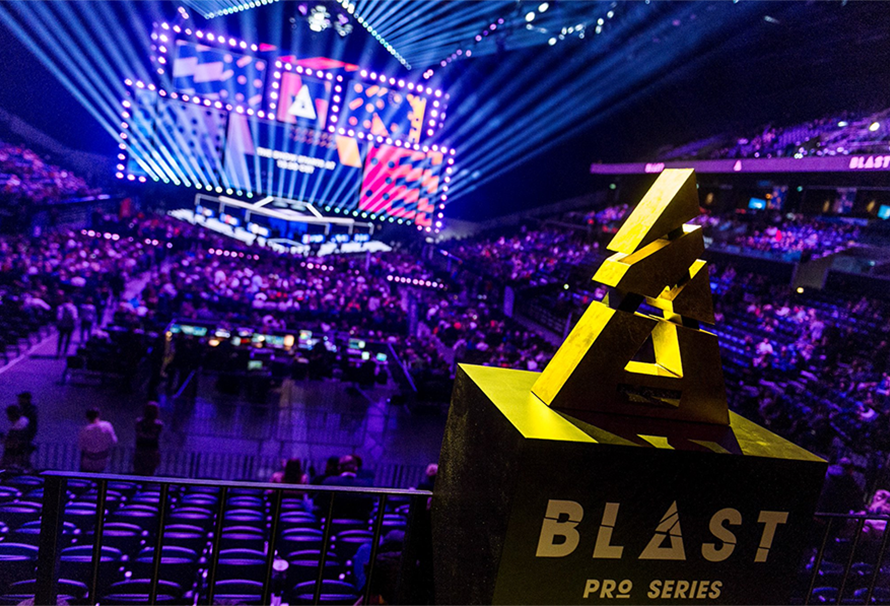 BLAST Pro Series saw a new, innovative approach brought to the global Counter-Strike stage. Although technical faults caused the two day event condensed into just one, it was quite the sight seeing all six teams on stage in Copenhagen competing simultaneously.

Following their victory, @SKGaming are once again #1 in the world! pic.twitter.com/PHYZANb5t1

The way the tournament was organised saw three group stage best of one matches being played concurrently, with the main screen in the arena showing one match and highlights of the other two being embedded when and where relevant.

Six of the world’s best teams played in front of a packed Danish crowd in Copenhagen with both Astralis and North playing in front of a raucous home crowd. When we previewed the event, we pointed to the absence of Astralis AWPer and often star player Nicolai “dev1ce” Reedtz as to why we didn’t think the team would go far. The former Major winners called on former Fnatic man Dennis “dennis” Edman to enter the fray and he didn’t look out of place. Dennis is a curious case, having recently decided to leave GODSENT citing a lack of coherent playstyle and leadership as reasons behind his decision to depart – but his ability was never in doubt.

The Swede turned in a cracking performance, finishing seventh overall in the HLTV rankings, turning in a 1.17 over 8 maps as Astralis upset the odds and made it through to the finals. They started in dominant fashion with a 16-3 victory over SK Gaming before further demolitions of G2 Esports and Ninjas in Pyjamas, a draw with fellow countrymen North and a narrow win over FaZe Clan securing a top place finish and thus automatic progression to the grand finals of the event. They were to be joined by SK Gaming who narrowly squeezed through to the final after Astralis defeated FaZe and the Brazilians defeated North in the last game of the group stages.

Interestingly, the third place team, FaZe Clan were allowed to choose their opponent for the “Pro Standoff”. The third place match had $20,000 on the line but was starkly different from what we’re used to seeing in Counter-Strike. Instead of a traditional match, it was a series of one versus ones. FaZe opted to face off against North and would come out marginally victorious. Each round was played with a different gun. The featured weapons were: M4A4, Desert Eagle, AK47, CZ75 and the AWP. Surprisingly FaZe AWPer GuardiaN was picked apart by the talent of cajunb, but wins for NiKo and olofmeister left it down to the the battle of the Danish in-game leaders. Whilst MSL raced into a lead, karrigan came back strongly and ended up taking the matchup and winning FaZe the game. To be fair, karrigan is much better known for his fragging ability than MSL and it showed.

Finally the final arrived and a best of three would decide who took $125,000 and who took $50,000. The three maps to be played were Mirage, Inferno and Cache. Mirage would see Astralis race into a 11:4 lead after a fantastic T-side and SK just couldn’t quite get back into the game. Despite Gabriel “FalleN” Toledo’s 28 kills and 96.1 ADR, Astralis would take the map 16:11 and put themselves within a map of the championship in front of a crowd willing them over the finish line. Inferno was again the FalleN show. The esteemed captain secured 11 AWP kills, an ADR of 98.8 and died just nine times in a truly breathtaking performance. He wasn’t done yet, though. The final map went to Cache and as Astralis secured the first 9 rounds on the bounce to take 9-0 lead things looked truly bleak for the Brazilian squad. They rebounded, led by the AWP of FalleN as they brought it back to 9-8. The map went back and forth with both squads struggling to maintain a strong economy until ultimately overtime would decide the grand finals.

It was the Brazilian squad that yet again came up trumps in a high pressure situation. No one has a knack of silencing a home crowd quite like SK Gaming and so it proved to be the case again. FalleN would end the map with 38 kills, bringing his series total to a whopping 83. He also finished top of the damage charts, the assist chart, the AWP chart, the first kill chart and with an overall series rating of 1.63 he deservedly took the tournament’s MVP award.

Despite the technical issues of the Friday, the unique format of BLAST was an entertaining spectacle for viewers at home. There’s rumours of three to four events in 2018 so the CS:GO community has a whole lot more epic Counter-Strike to look forward to.