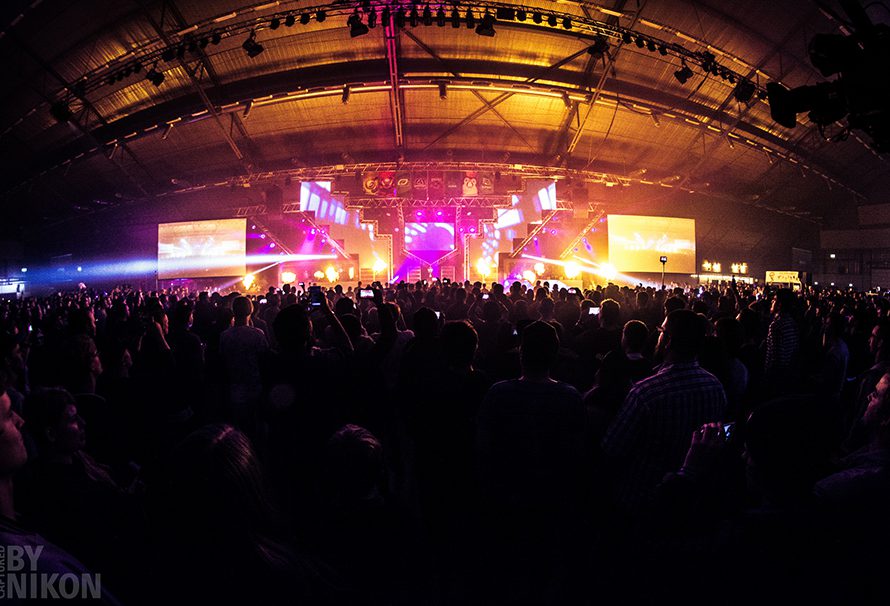 When DreamHack rolls around one thing’s guaranteed – a huge amount of esports in a short space of time. Jönköping will be inundated with swathes of gamers and esports fans alike as no shortage of six different esports titles will be broadcast across an action-packed weekend. From Counter-Strike: Global Offensive and Dota 2 to Quake Champions and Super Smash Bros there’s something for everyone as the elite battle it out to be the best in their respective titles.

This is the most prize money we've ever had for one of our festivals!
Which tournament are you going to be following? #DHW17 pic.twitter.com/AcsItWNPzk

Dota 2 will take center stage as the second major concludes

The biggest of the lot this weekend is undoubtedly Dota 2. The conclusion of Dreamleague Season 8 is the second major in Valve’s hectic new pro circuit, so there’s a massive $1,000,000 on the line and all important pro circuit points, too.

There’s eight teams in Sweden and most are in with a realistic shot of winning the entire tournament. Infamous, the South American qualifier are the weakest on paper – but as always with lesser known teams – they present a potential banana skin in an unforgiving tournament format that goes straight into a double elimination playoff bracket.

Four teams will represent Europe & CIS, with Virtus.pro the reigning major champions after success in Hamburg looking to carry on their offline form and secure their second major of the year. Then there’s Team Secret, the runners-up back in Hamburg who will be looking to go one better. Due to personal issues, talented midlaner Yeik “MidOne” Nai Zheng missed the Perfect World Masters but his return will give the squad a welcome boost as the Secret brand looks to win its first major tournament since March 2016. Natus Vincere will be looking to carry forward momentum from their Adrenaline Cyber Cup victory as fan-favourite Danil “Dendi” Ishutin returns to a major for the first time in what seems like forever. Rounding off the European challenge is none other than The International 7 champions Team Liquid. Each player won over $2,000,000 back in August but the squad still looks hungry as ever and should they have figured out the patch, they’re sure to be a daunting prospect for anyone and everyone.

The Chinese challenge comes from Newbee, who will be in buoyant mood after winning the Perfect World Masters last weekend and thus securing maximum pro circuit points from the minor. They’ve proven they can win and beat the world’s best on this patch already, but perhaps teams that didn’t compete last week will have more information to use in preparation. Still, their form was formidable in China and should they leave behind their famous inconsistency they’ll be right up there come Sunday. Last but by no means least is Fnatic who qualified for Dreamleague in their own right. We say that as they played at both ESL One Hamburg and DotaPit due to other SEA teams having visa problems. They’ve now got one of the most talented mid laners in the world so here’s hoping it transfers into an improved showing on the international stage for the famous organisation.

Gambit will look to defend their DreamHack Winter title in the CS:GO

Major winners Gambit will look to retain their DreamHack Winter title this weekend in the Counter-Strike. There’s $100,000 on the line in Jönköping and given the competition, Gambit will have every right to feel confident. BIG, Heroic, mousesports, Natus Vincere, Team EnVyUs, North Academy and Rise Nation complete the lineup of teams.

Natus Vincere are a team that have failed to really hit it off, and have gone through roster changes of late. They’ve now signed Denis “electronic” Sharipov from FlipSid3 where he often looked a level above his teammates. Many thought the resigning of Danylo “Zeus” Teslenko from Gambit to play the role of in-game leader would solve Na’Vi’s problems of old but it hasn’t quite worked out for them just yet. Denis “seized” Kostin has struggled for form for a considerable while and finally Na’Vi decided to replace him. It has been just over a year since Natus Vincere last won a tournament so they’ll most definitely be looking to change that fact this weekend. There’s not too many teams better than them on paper, but they’ll have to find form they’ve previously lacked and it remains to be seen if electronic has had time to settle in adequately.

Both mousesports and EnVyUs are teams to keep an eye on too. There’s a lot of talent in both of the rosters but both haven’t quite managed to nail down their status amongst the top tier of Counter-Strike teams. They’ve shown fine glimpses, but their inconsistencies often get the better of them.

The tournament’s going to be anyone’s game, and it’ll be nice to watch teams other than just the top, top tier in an offline situation.