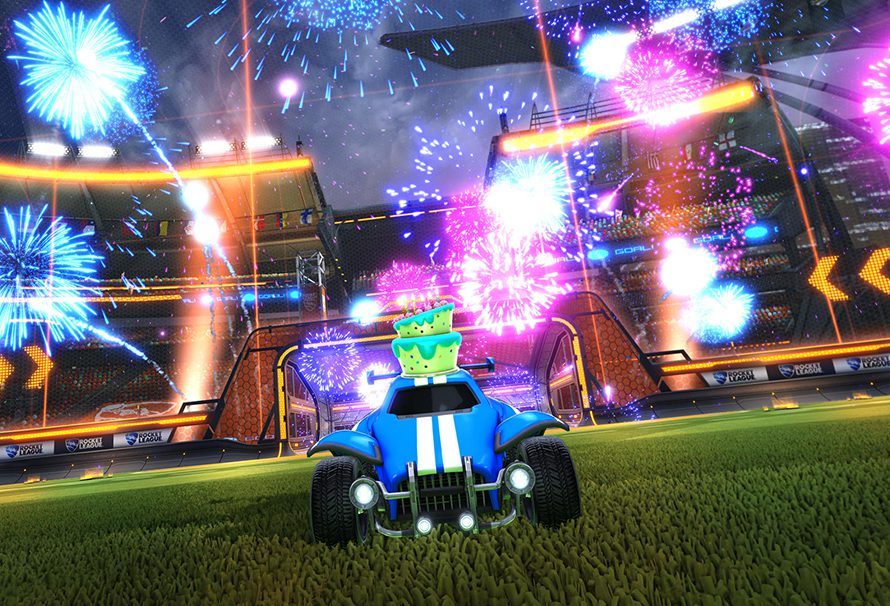 The Rocket League Championship Series’ World Championship finals came to an explosive conclusion this weekend, with Gale Force Esports being crowned the latest champions. The three man roster of Jos “ViolentPanda” van Meurs, Alexandre “Kaydop” Courant and Pierre “Turbopolsa” Silfver were just too strong for competitors as they breezed past Method in the grand final to claim $55,000 and the coveted RLCS crown.

When previewing the event we mentioned the dynamic Finnish duo at Method’s disposal. Otto “Metsanauris” Kaipiainen and Joonas “Mognus” Salo are pleasing on the eye, often combining to score absolute wonder goals on a regular basis. Both PSG Esports and Method had looked fantastic in the regular season and were amongst the favourites heading into the tournament. Both Gale Force and Method trotted through the upper bracket, with Gale Force dispatching G2 and Ghost and Method defeating NRG and PSG before meeting each other.

The pair faced off in the Winners’ Finals, and it served up an epic best of seven befitting of a grand final. Although Method never managed to take the lead in the series, they brought the series level with a 3-2 victory on the penultimate map but were powerless to prevent Gale Force taking the decider by just one goal to nil.

After crashing down to the lower bracket, Cloud9 awaited. Despite falling behind by two matches to zero, four consecutive victories saw the boys in orange emerge victorious and set up a rematch with Gale Force in the final. What it did mean, however, is that heading into the last match of the World Championships, Method had already played 13 games and should the final have gone the distance, could have played a whopping 20 games of Rocket League in a single day.

Alas, Gale Force showed the ruthless streak that made them one of the pre-tournament favourites in taking advantage of a jaded Method squad to clean sweep the final. It was almost anti-climatic as the watching thousands hoped and prayed for another epic 4-3, but it wasn’t to be. Barring the second game, in which Gale Force demolished Method by four goals to nil, each game was decided by just one goal. The mixed European squad conceded just seven goals to opposition that weren’t Method and showed defensive prowess as well as a clinical touch to sweep home late on Sunday.

The Counter-Strike action over the weekend saw some of the “best of the rest” CS:GO teams face off against each other in Santa Ana for their share of $100,000. With the absence of the likes of G2, FaZe, Astralis and SK Gaming the tournament was well and truly up for grabs. Eyes were on Liquid, Cloud9, OpTic and Renegades following recent roster shuffles but in the end it would be the boys in blue, Cloud9, who emerged on top.

Despite Cloud9 excelling, the man who received all of the plaudits was young Canadian Russel “Twistzz” Van Dulken. At just 18 years old, the Team Liquid youngster notched 127 kills with a 70.9% headshot rate and just 80 deaths. He secured 105.7 damage per round and a HLTV rating of 1.59 in truly remarkable performance. It wasn’t enough, however, as Liquid limped out in what proved to be their last tournament with Peter “stanislaw” Jarguz as he was immediately benched following their disappointing semi-final defeat. He has been instantly been replaced by Lucas “steel” Lopes who has been picked up from Immortals following the recent team dispute. They’ll be hoping the roster shuffle can elevate them to a level they couldn’t quite reach prior.

Cloud9 looked short of their best. Tyler “skadoodle” Latham didn’t have his finest tournament on the AWP only managing a HLTV rating of 1.00 whilst Jack “Stewie2K” Yip notched 87.8 ADR and 164 kills to be the team’s best performer. It was a solid performance from Cloud9, but with the internal turmoil evident at Liquid, it really was a tournament they would have expected to win. Disappointment would have come for OpTic who didn’t turn up in two 16-7 map losses in the semi-final to Renegades. All eyes now onto IEM Oakland where the world’s best will once again fight it out for a mammoth prize.