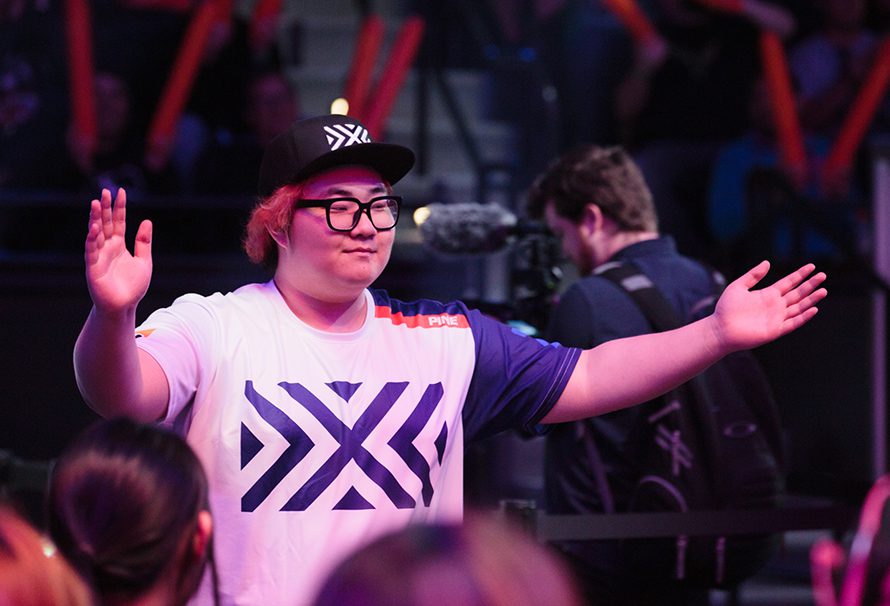 After the heights of last week’s Counter-Strike: Global Offensive Major final, roster shuffle season is in full swing and there’s a brief hiatus from watching the scintillating FPS title. Instead, feast your eyes on some of the other action going on across esports this weekend.

We’re now into week four of Blizzard’s incredibly polished Overwatch League product. So far, in the big match of this week, London Spitfire came out massive winners over fellow Korean team Seoul Dynasty 4-0. It leaves the Spitfire and New York Excelsior sitting tied at the top of the table heading into the second round of games.

The fixtures are as follows:

If you’re going to turn on for one match only this weekend – we recommend you opt for the Seoul Dynasty match against the Houston Outlaws. The map rotation sees Eichenwalde, Horizon Lunar Colony, Ilios and Junkertown on the menu as the two teams go head to head.

It’s a tale of two teams as both teams, now locked at 5-2 apiece go head to head. The Outlaws lost their opening two matches, to the Fusion and Excelsior before going on a five match rampage, winning 15 of 16 maps they played.

Seoul on the other hand breezed to victory in their opening five, but last week fell to New York Excelsior and this week have already lost to the London Spitfire. Admittedly, both the Excelsior and Spitfire are amongst the league’s favourites but as we all know – these things can be all about momentum. The Dynasty will need to bounce back, but can they stop the relentless Outlaws?

The match is second in the running order tonight, after San Francisco Shock take on Florida Mayhem.

As always, it’s worth keeping an eye on the top two teams which happen to be the London Spitfire and New York Excelsior. There’s no point beating the best in the world if you can’t beat the worst. London will have to be careful not to slip up against the Shanghai Dragons who boast an undesirable 0-7 record coming into the fixture.

It would almost seem typically British to lose in such a situation though – when a win will edge them ever close to a playoff spot. The Excelsior face the mystery of Dallas Fuel. Dallas has arguably been the biggest disappointment thus far, as the former EnVyUs squad scarcely get played together and they’ve truly failed to hit the ground running. They did scare Spitfire when they played them though, so they’ll be hoping they can turn up in front of the big boys and spring an upset to provide some much needed confidence moving forward.

Another week, another Dota competition. The scene is always horribly busy, with 9 majors and 16 minors in a hectic first Dota Pro Circuit season. This weekend sees the final tournament before a few weeks break and then ESL One Katowice.

Fresh off a week of controversy and moaning about ESL signing away media rights to Facebook, the StarLadder event in Shanghai should deliver some fantastic Dota. Although there’s only eight teams there – both Newbee and Liquid are in attendance and thus top tier Dota is guaranteed.

Thus far both teams have already secured their spot in the semi-finals so we’re all set for another Newbee versus Liquid final. For those with good memories, this was the final back in August as Team Liquid took home just shy of $11,000,000 after lifting the Aegis of Champions, simply swatting Newbee aside in the process.

Both teams stuck together without changing roster and we’ve seen somewhat of a rivalry develop. It’s not a rivalry built on animosity, however, but purely on high quality Dota 2. The last time these two met Newbee finally managed to break their duck against Liquid. Out in Genting they took the grand final series by three games to two and it was largely down to Kaka’s Naga Siren which Liquid had no answer to.