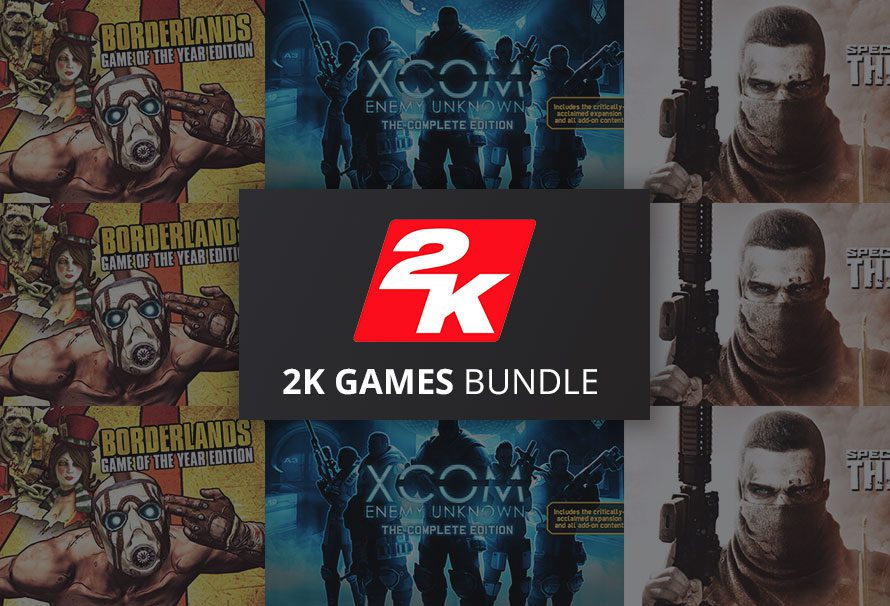 We have an awesome 3 game bundle from 2K up on the Green Man Gaming store at the moment. Here are the titles you get in this epic 3 pack!

In this action packed 3rd person shooter set 6 months after a cataclysmic sandstorm in Dubai, you front the Delta Recon team. Their mission is simple, locate survivors and radio for Evac. What they uncover is a city torn apart by war and only one man can stop it. It is up to Delta Recon team and save the city.

Threatened by an unknown enemy, Earth’s governments form the elite paramilitary organisation, known as XCOM to combat the alien attack. You take control of an elite team who has been tasked to battle the oncoming alien threat.

Borderlands Game of the Year

The epic RPG shooter that spawned the popular Borderlands franchise. You take on the role of a vault hunter who has been led to the planet Pandora to track down one of the most legendary vaults in history. You can play it solo or with up to 4 friends as you shoot your way through epic quest and a awesome storyline.

You can grab the 2k bundle right now from Green Man gaming. What would usually set you back £65 will only cost you £11.04, get it before it goes!