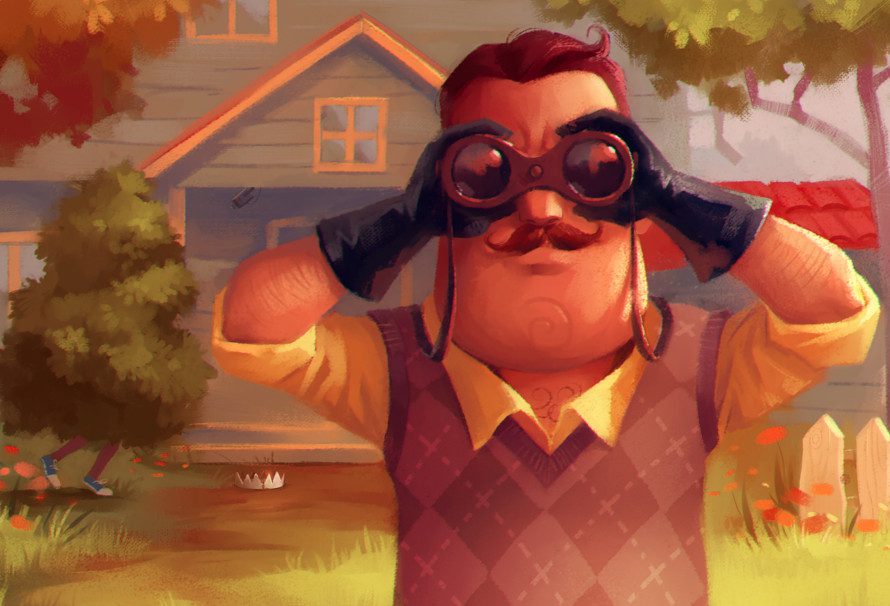 We got a chance to chat with Hello Neighbor producer Alex Nichiporchik at tinyBuild Games about the upcoming stealth horror game. Hello Neighbor recently announced that it would be delayed from it’s original launch date 29th August to the 8th December. We asked Alex about the plans for the game and what they will be working on in the next couple of months.

Where do you start in making a game like this?

Prototyping! Learn how to use one of the game engines, and simply prototype simple game ideas. Use greyboxes, don’t invest into art — just find something that’s fun to play on a basic level. Once you do, expand upon it.

Sinister neighbors make for great source material, are there any movies or books that have inspired the game?

Inspirations for Hello Neighbor have been all over the place, with Portal in particular playing a huge influence. Specifically, that moment in Portal when you feel like you “broke” the game by escaping the confines of staged experiments. It’s that feeling that drove a lot of conspiracy theories during Hello Neighbor’s game development process.

The art style of the game could well be described as “friendly” and yet it’s quite a scary experience. How do you get this balance right?

There’s something uneasy about the Pixar-y art style when put in the context of a horror game. It was a difficult balance since originally the Neighbor cursed a lot, and we touched upon some dark themes. Seeing how a large audience for the game are Minecraft-generation kids, we’re walking a fine line between scary and Pixar.

Are you making this game as therapy for dealing with some bad neighbours in your past?

When I came to a US suburb for the first time, I could totally imagine a neighbor next door hiding someone in their basement. It’s totally plausible. Right now I live in a quiet suburb of Seattle, and can still imagine my neighbor being up to questionable things. It’s that plausible fear and curiousity that drive players towards the basement.

What’s the single biggest improvement to the game you hope the extra development time will deliver?

Polish and more logical story arcs. During development we’ve seen what players enjoy most, and focused on that — with the extra time we can surprise people a bit more, and make the game feel more as a whole experience.

Looking forward to Hello Neighbor? Let us know in the comments section below. You can also pre-purchase your copy from the Green Man Gaming store right now.