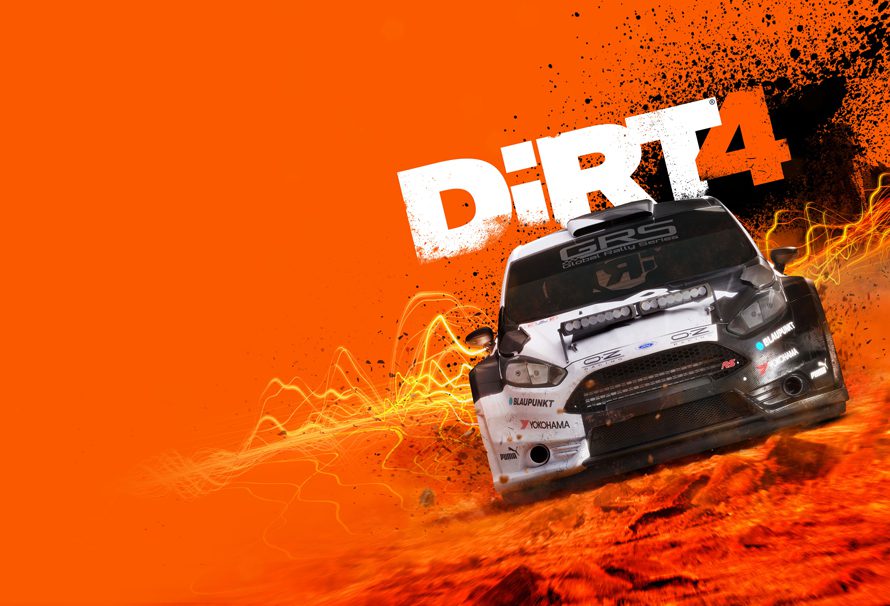 DiRT 4 is the latest entry into the rallying game series DiRT, created by Codemasters. The last game in the numbered titles was the popular DiRT 3, a game that heavily focused on the stadium and stunt side of the rallying world. The game after that was DiRT Rally, which showed fans that Codemasters could still make one of the most satisfying and hardcore rallying experiences out there. So DiRT 4 has a lot to live up to, but I’m happy to report that it takes what it’s learnt from its past two titles and combines them in a majestic fashion.

The brand new feature being brought to the DiRT series in this iteration is ‘Your Stage’. It doesn’t contain any official WRC (World Rally Championship) cars or race tracks, but in lieu of that the game can procedurally generate a race track based off of variables that you input such as length, weather, and location. This produces potentially millions of different stages, and whilst you may be lamenting not racing around your favourite tracks from the WRC, you can challenge your friends to top your time on a stage you particularly enjoyed, that no-one else would’ve played.

As per usual, DiRT 4 has various difficulty affecting choices and handicaps for players who may or may not want the full rallying experience. On the more arcade-y end of the spectrum is Gamer mode. This turns on all handicaps, and turns off certain effects the cars will experience that mirror real-life. On the other side you have Simulation mode, which was perfected in DiRT Rally. This turns on incredibly realistic car physics, and switches off all aids, including visual cues from the co-driver. If you want to know what it’s like to be a proper rally driver, select Simulation.

DiRT 4 features 5 different locations for the rallying stages, which happen to be the ones you can pick from in Your Ride mode. They are Fitzroy in Australia, Tarragona in Spain, Michigan in the United States, Värmland in Sweden and Powys in Wales. These locations provide all the staples of a decent rallying stage: dusty and dry tracks, muddy woodland roads in the rain, and snowy forests with hazardous crests.

Whereas DiRT 4 does not officially feature cars and tracks from the WRC, it does carry a World Rallycross Championship. This means it has perfectly recreated 5 real-life rallycross circuits: Lydden Hill Race Circuit in Great Britain, Höljesbanan in Sweden, Lånkebanen in Norway, the Circuit de Lohéac in France and the Pista Automóvel de Montalegre in Portugal. It will include official supercar and RX lite rallycross vehicles, for that authentic feel. Landrush is also in the game, allowing players to race around in stadium trucks and buggies.

Remember when I said DiRT 4 was an amalgamation of DiRT 3 and DiRT Rally? Well the DiRT 3 genes come in the form of Joyride mode. Making its return this mode sets players in an area filled with obstacles, ramps and tunnels and are tasked with pulling off stunts to get the most points. Different game modes are included too, like Zombie, where one car is infected and most infect the others through physical contact. Think MarioKart’s battle mode but with real-life cars and stunts.

There’s our lowdown on DiRT 4. What are your thoughts on racing games, do you go for the arcade-y ones or the proper simulations?