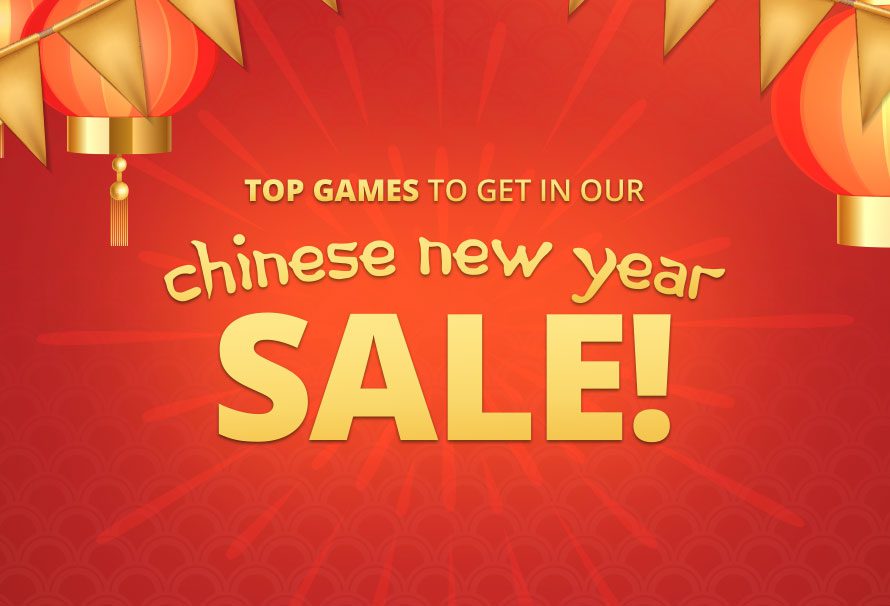 Chinese New Year is here and in celebration Green Man Gaming are having a sale! So here are the top 10 games you should grab in our year of the rooster sale.

If football/soccer and destruction derby had a baby, then Rocket league would be the offspring! Rocket League futuristic Sports-Action game, which equips players with booster-rigged vehicles that can be crashed into balls for incredible goals or epic saves across multiple, highly-detailed arenas. Using an advanced physics system to simulate realistic interactions, Rocket League relies on mass and momentum to give players a complete sense of intuitive control in this unbelievable, high-octane re-imagining of association football.

The perfect title for any Mega Man fan to own. The Mega Man legacy collection includes six original Mega Man titles which have been given the HD treatment. If you are a retro gamer or new to the Mega Man franchise then this is the title for you.

The year is 1968 and after fighting in the Vietnam war, Lincoln Clay comes back to the city of New Bordeaux. Lincoln is thrown straight into the middle of another war, this time between reputable crime families. Jump into the action as you make your way to the top of the crime syndicate hierarchy.

20 years have passed since XCOM: Enemy Unknown. The aliens now rule earth and are building shining cities that promise a brilliant future for humanity. All is not as it seems however, as there is more of a sinister plot afoot. Building on the epic XCOM: Enemy Unknown XCOM 2 adds new features and combat to the already immersive turn based gameplay. Will you help humanity take back what belongs to them?

If empire building is more your thing then Civ 6 is just for you. Build an empire and take over the world as you journey through the ages. Will you wage war or make alliances with histories greatest leaders? Expand your cities and become a force to be reckoned with.

Journey to Pandora as you embark on a quest to find The Vault. This addictive futuristic RPG combines epic FPS gameplay with great RPG elements to make what has been regarded as one of the best shooters to date. With the game of the year edition, you will also get all of the Borderlands DLC included.

Step into the creepy worlds of Rapture and Columbia with in The Bioshock Collection. Experience the immersive storyline of the Bioshock universe as you plunge to the watery depth of rapture and then take to the skies as you explore the secrets of Columbia. With fantastic FS gameplay and a brilliantly written story Bioshock is a must play for any gamer.

Whilst on a night stroll a girl loses her dog, in an attempt to find the lost pet the girl’s sister ventures out into the darkness and goes missing. In this creepy puzzle game it is up to you to find your sister and survive the terrors that hide in the dark.

That is just a taste of some of the fantastic offer we have in our Chinese new year sale.