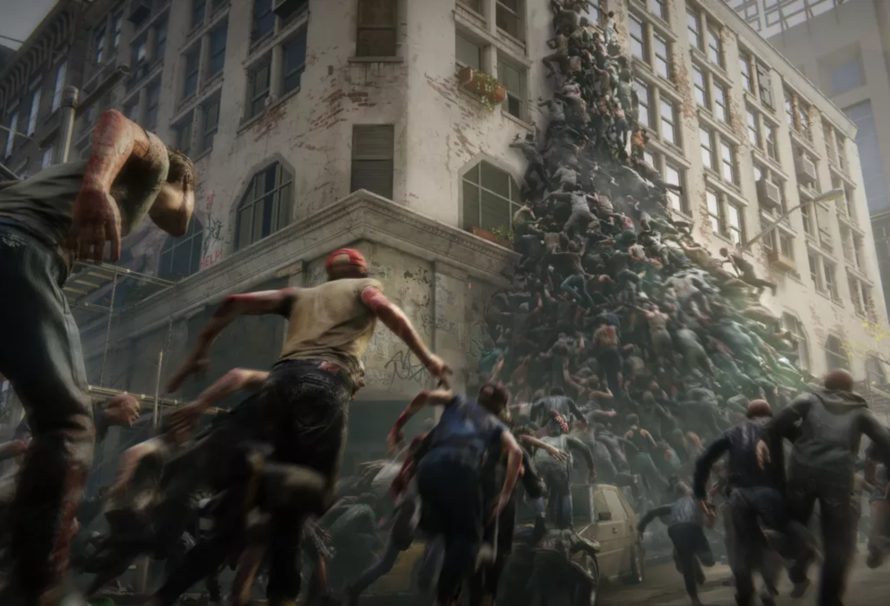 February may not seem like the traditional time to talk zombie games but with Zombie Army 4: Dead War’s release making undead waves we thought we’d turn February into Deadruary. So cast your dim, brain-hungry eyes below as we shuffle you through the absolute best zombie games you can get your undead hands on and play on PC, right now.

The latest entry into the annals of the dead is Zombie Army 4: Dead War. Perfecting the body-exploding formula explored in previous Zombie Army games (more on that later), this fourth entry in the series is as riotous as it is bloody. Bring a friend or two and Zombie Army 4 only gets better, becoming a masterpiece of zombie surgery using only your bullet scalpels.

Headcrab zombies are still zombies, and no zombie is as nightmarish as those inhabiting City 17. Constantly aware of their fate, putting them down can be seen more as a kindness. It is in Ravenholm that they truly become the focus of the game, with a sequence that still beats most dedicated games. Half-Life 2 may not be all about zombies, but it is definitely worthy of being counted as one of the best zombie games.

From horror to horticulture, we go next to Plants vs. Zombies. Released during the ‘every game is a tower defence’ period of the late 2000s, this PopCap game was the final word on that genre. With incredibly tight gameplay, hours of challenges and plant-growing fun and a style all its own, Plants vs. Zombies remains one of the finest zombie games ever conceived by living brains.

State of Decay focuses hard on the survival in zombie survival games. You take on the role of a survivor of the zombie apocalypse, training them, surviving, recruiting survivors to build your own little wasteland paradise. But it’s in the way that this game reinforces the horror and futility of trying to survive by allowing your chosen character to die that State of Decay excels, making survival itself harsh and unforgiving.

Who would’ve thought that parkour and zombies would make the perfect zombie survival game on PC? Well, Techland did, and Dying Light is the result. By day you scavenge for materials and prepare for the night when the hordes arise and take over the streets. Dying Light isn’t just about survival, it’s about turning the tables and becoming the hunter after surviving as prey.

It’s hard to remember now, but when the original Walking Dead game by Telltale released it was a cultural phenomenon. Feeling like a step forward for adventure games and bringing soul and heart to storytelling, this series revolutionised how we view narrative games. If you haven’t played the original series we beg you – clear a day, and try it out.

The original Left 4 Dead was one of the best co-op experiences, with an AI director that always kept you on your toes and a wide range of challenging maps to play across. The sequel improved on it in every single way, and as a bonus included the original game’s maps. If you want some co-op zombie survival in your life it’s hard to recommend anything other than Left 4 Dead 2.

Resident Evil 2’s remake simply exploded when it released in 2019, showing the world how you do a remake properly. Not content with simply upscaling assets or sticking a couple of new cutscenes in, Capcom completely took Resident Evil 2 apart and built something better than its component parts. Right now if you want a single-player horror experience, Resident Evil 2 is the zombie game for you.

We forget, looking at the castles and giant edifices built in Minecraft, that at its heart is a compelling zombie survival game. There are few moments as terrifying as delving deep into the ground far away from home, pockets full of resources as you try to find your way back to the light, only to hear that tell-tale moan. Minecraft’s zombies may just be a couple of blocks stacked on top of each other, but in the dark and when you’re alone, they become something more.

What’s your favourite zombie game on PC? Comment below and visit the Green Man Gaming Community site to see what other gamers have to say.