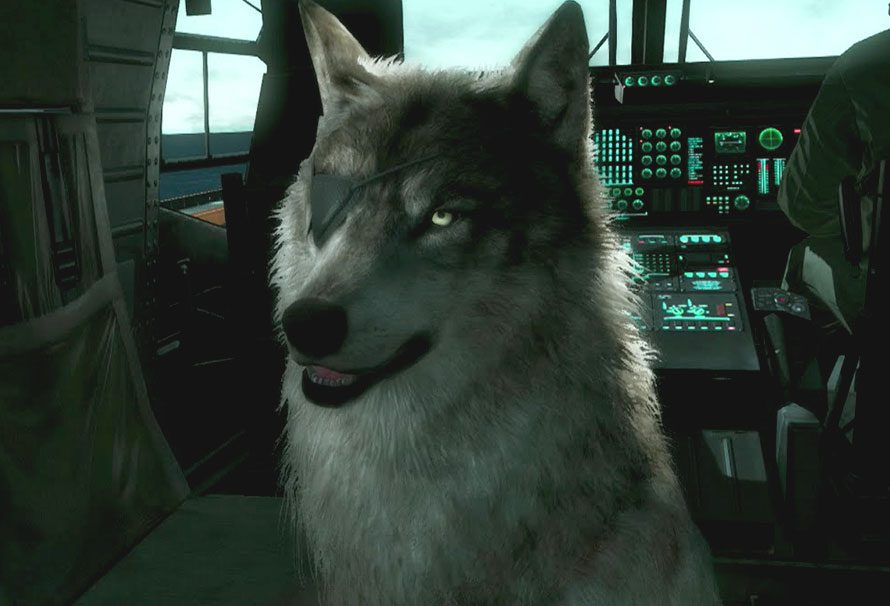 We’ve had a few battles on our Twitter account recently. From the best Ubisoft game, to the best wrestler, to who’d win in For Honor.

All of that pales to this, this is the big one. The one we’ve all been waiting for. The answer to the burning question that has plagued mankind since we first crawled out of the trees on the African savanna, our minds not yet ripe but still asking, still demanding to know:

Who is the best dog in videogames?

Well we at Green Man Gaming decided to answer this question, at no small personal risk to ourselves. Many dogs were interviewed for their opinion, and patted appropriately for their time.

They helped us get a shortlist of four WONDERFUL doggos that would make up our poll, lets meet the entrants.

This solid pupper joins you early in your wacky Afghanistan adventures, taking the Fulton taxi back to Mother Base to await your return, and then growing up and becoming a MENACE TO ENEMIES EVERYWHERE. A master of incapacitating your foes, he also does a sideline in barks, growls, licking your face, and if you’re a smelly Snake then he’ll even let you know. What a useful dog!

Sporting a stylish eyepatch, D-Dog bring sartorial elegance to the battlefield, and is a firm and fast friend throughout the game.

Dinki-Di saves your life in the first few minutes of Mad Max, and then goes largely ignored for a while as Max races around, punching people, driving fast, and getting blown up by mines. But he had a thought, why not bring the dog along and use him to sniff out these mines so he can disarm them? The plan is a beaut, letting him find the mines, disarm them, and then only occasionally get blown up and have to drive back from a nearby base. Dinki-Di also has an amazing nose, letting him sniff our ammo and other loot for Max to find. What a good pupper.

Artorias’ lost dog, Sif, the Great Grey Wolf awaits you on her master’s grave.  A loyal dog, much like Greyfriar’s Bobby, she waits as the guardian of her master’s final resting place. In a heartbreaking battle, the Chosen Undead’s attacks make her limp and can cause her attacks to fail as the life drips from her great body. She can even recognise you as her saviour if you’ve done certain things in-game, making the fight even more upsetting.

However at the end of the fight Sif teleports away.

The protagonist of Okami, she’s known for being patient, kind, and a helper to those in need. Using ink, she can draw her abilities into the world, turning night into day or using the Celestial Brush to tear her enemies in two. She also has access to a Divine Instrument, a powerful weapon she wears upon her back. A fearless defender of the weak, she embarks (no pun intended) on epic quests to save the land from a terrible curse, and defeat the terrifying Orochi. Some might say she’s a wolf and not a dog, but to those we say she’s cool so we included her.

With the doggos all lined up for a pupper-battle, it was over to YOU to vote on your favourite! 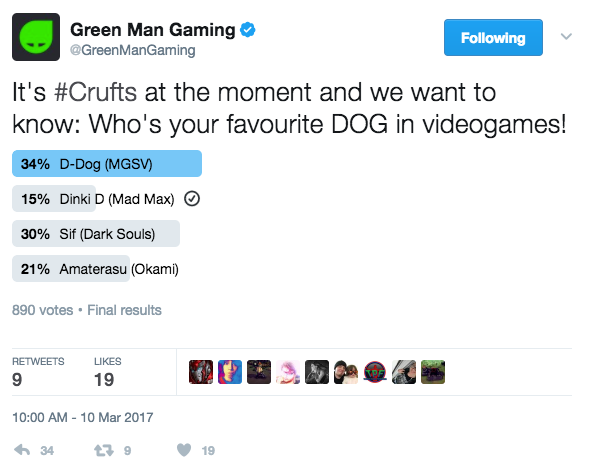 Look at that! D-Dog fought off tough competition from Sif and Amaterasu to emerge victorious as the OFFICIAL BEST DOG IN VIDEOGAMES*

Thanks for voting in our poll and stay tuned to our Twitter channel for more polls and Twitter Battles!

Well here’s a little bit on the forgotten entry, the Doggo who Almost Could.

Dogmeat almost made it on the list, except there’s just too much Dogmeat. Making an appearance in four Fallout games, we just didn’t know which one to choose. The awesome Mad Max-inspired one (who canonically dies in a force field) from the first Fallout? The sort-of-maybe-not-real one from Fallout 2? The awesome but a bit ugly one from Fallout 3? Or the brilliant looking but has-a-habit-of-running-into-mines one from Fallout 4?

We love all the Dogmeats, but choosing one was just too hard, so we had to leave him out. But have no fear, all dogs are good dogs, so give him a skritch from us.

Ready Player One - The Community Speaks