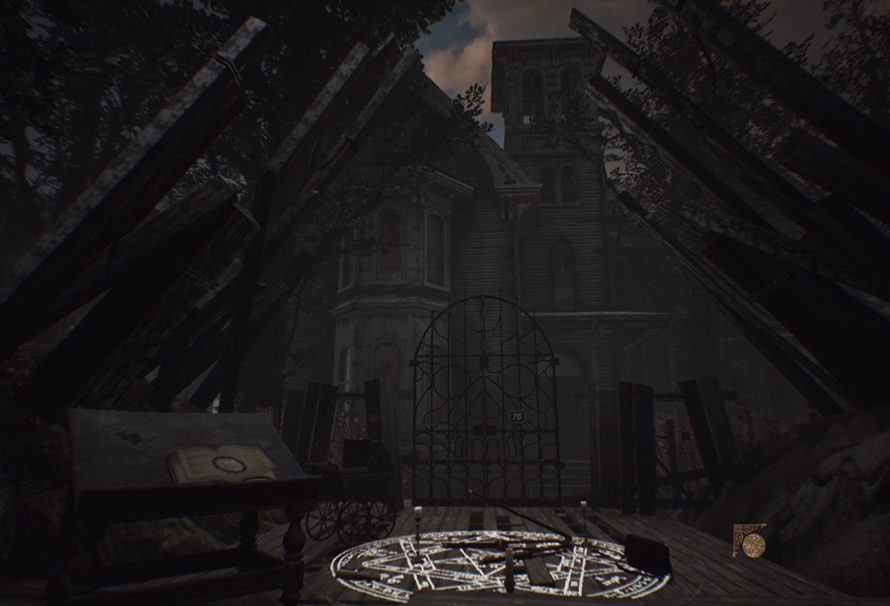 My grandmother, Aras and I were living in an old house when I was a kid.
This weird house which we lived with our grandmother for long years was located in a narrow street and it has all of our memories. Some nights, there was just pure silence in the house. Happenings that we couldn’t explain would occur in those nights, objects would change places frequently, and sometimes we would feel something passing by the door. One day, when I was passing by my grandmother’s room, I noticed a small chest.
I reached for it but my grandmother got angry and hit my hand.
I had never seen my grandmother that angry before. And I never saw that chest again.

Do you want to help Aras? ”No70: Eye of Basir” is a story based first person perspective horror and adventure game which focused on investigation. Players will help Aras and Erhan to solve the mystery about Basir and the No70 house.

Aras and Erhan spent their childhood with their grandmother in the house No70 in which they encountered paranormal activities they couldn’t fathom. After the death of their grandmother, brothers split up and started to live their own lives. 20 years has passed since then, now Erhan is a successful archeologist and Aras is a creative director. In the morning, Erhan realizes that something doesn’t feel right. While he is trying to figure it out, he vanishes into thin air. Aras can not recieves any new from Erhan a long time, then he decides to go after his brother. But he has no idea what is going to happen.

The world is quickly running out of power and people are starting to suffer the consequences of the energy crisis. Luckily there is one brilliant scientist who is one step ahead and has made plans to build a machine that can generate clean electricity for the whole world. But his invention, the Awesome Machine, is a puzzle that needs to be built. That’s where the fun begins!

Your job will be to help the scientist do this. Things may seem easy at first, but you will have a lot of work before the Awesome Machine is ready! The scientist will take you to different places and through 50 awesome levels where you will use technology, trampolines and many other tools!

Discover what it takes to be a scientist and build the Awesome Machine!

Requires DiRT 4 (base game) to use this DLC

As the sole survivor of a plane crash, free yourself from the mystical curse of the Lost Islands – the number one travel destination for Vikings, dinosaurs, crazed scientists and nocturnal ghouls! With weapons as your tools and bullets as your shelter, fight your way across scorching deserts, icy wastelands, and other equally fantastic environments in an aggressive survival FPS that combines old school FPS with modern survival mechanics!

What are you waiting for? Book your flight today, and enjoy your stay on the Lost Islands!