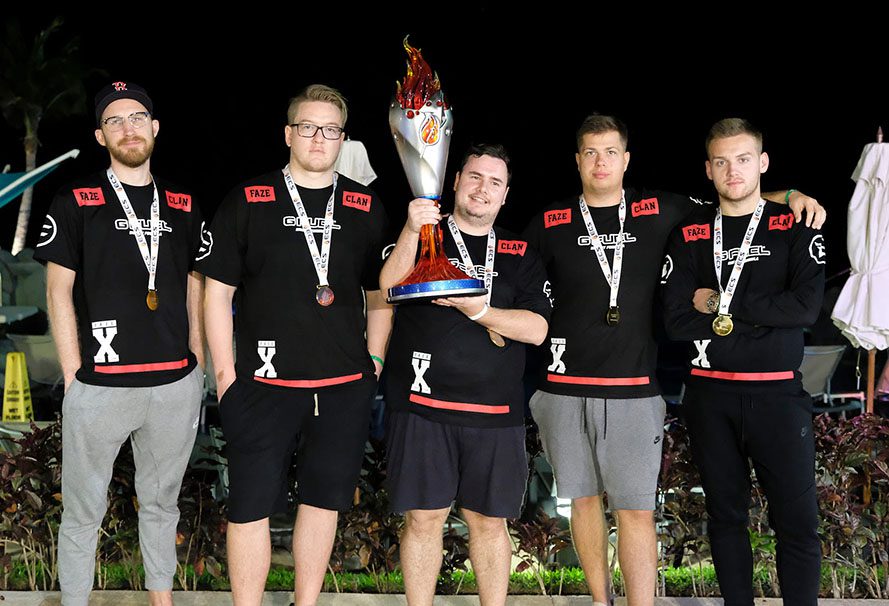 Whilst there’s very few that would have backed against FaZe headed to Cancun for the ECS Season 4 Finals, it was far from easy for the all-star roster on beautiful Mexican shores. The five players, led by Danish IGL Finn “karrigan” Andersen got off to a solid start, conquering Team Liquid before losing their second game of the group to Astralis. Astralis were playing with RUBINO over dev1ce and given their abject performance the week prior, not many expected them to be too competitive. Rejuvenated by the sunshine, sea breeze and relaxed atmosphere of a hotel on golden shores, Astralis came to play. To much surprise, after beating both Cloud9 and FaZe in the group stage, Astralis ploughed straight into the semi-finals whilst FaZe would have to later beat C9 on both Mirage and Overpass before making their way into the semi.

In the first group, Luminosity were able to spring no upsets and OpTic’s inconsistency shone brightly yet again. Fnatic were the team to come through the group unscathed, beating Luminosity and then an OpTic team 16-2, who had just beaten mouz 16-4. OpTic would have the chance to secure a place in the semi-final against the team they routed prior, mouz. It wasn’t to be the case though, mouz picked Nuke – a map rarely seen on the international stage and were too hot to handle. The second map was Train, and on what’s normally a very CT favoured map one would expect OpTic to turn up. They were 12-3 down at half time and although they managed to win 9 rounds on their T side, it wasn’t enough and mouz progressed through to secure a match against Astralis in the semi-finals.

The first semi-matchup would see mouz face off against Astralis and would see the European mix-squad head back to Train. Again they would lose the CT side but showed great mettle to come back and conquer the Astralis defence on the T side. The squad would come back from a 9-6 deficit to take the first map 16-12. The two teams then duked it out in Inferno, the Astralis map pick and after taking a 10-5 half lead, the Danes would not let it slip. Mouz managed to slip up against force-buys and failed to stabilise their economy on the way to a 16-7 defeat. Nuke, a map that mouz had already showed their prowess on when hammering OpTic earlier in the tournament would play home to the decider. Led by the outstanding firepower of Miikka “suNny” Kemppi who secured a HLTV rating of 1.40 and an ADR of 96.9, mouz were simply too hot to handle and secured a final place.

The opponent in the grand final would be FaZe, who breezed past a disappointing Fnatic in the semi-final. Again Havard “rain” Nygaard showed just how good he can be, with 116.4 ADR across both Overpass and Train as Fnatic were swept away in alarmingly quick fashion. The final was not one that many would have called – but an intriguing prospect nonetheless.

No one expected the nailbiter that ensued. A fabulous back and forth that ended with FaZe edging the narrowest of best of three series. On the first map, mouz went for Nuke again as they were 2/2 thus far in Cancun but FaZe were certainly better prepared. They took it to 16-14 but ultimately, mouz managed to pick up their pick in nail biting fashion. It didn’t mean that they would roll over on the remaining two maps though, either. Heroics from the Finlander suNny kept mousesports in the game on Inferno and took it to overtime, whereby rain bailed FaZe out as they went neck and neck and into a second overtime. FaZe stepped it up a notch and won four successive rounds to notch the second map and take what was an already fantastic championship match to a third and final map.

The final map, Mirage was just as close as the two maps prior. The final round was dominated by a staggering 41 kills from suNny on the mouz side, closely followed by 38 from Swedish veteran olofmeister on the FaZe side. Again the first half was agonisingly close, with mous taking a half time lead at 8-7. The star squad bounced back though and at 15-13 looked set to take the series in regulation time. Again, led by suNny and his 116.0 ADR, mouz bounced back and the crowd settled in for another blockbuster overtime. Mouz would strike first and second in this one before history repeated itself and FaZe took four straight rounds to take Mirage and ultimately the championship.

It’s safe to say that Cancun provided an ideal backset for what was a relaxed broadcast and some excellent Counter-Strike to end the year. There’s been heated debate about who’s the best this year, given that both FaZe and SK Gaming have looked unstoppable at times but that’s what we’ve got look forward to in 2018.

Next stop: the ELEAGUE Major in January.