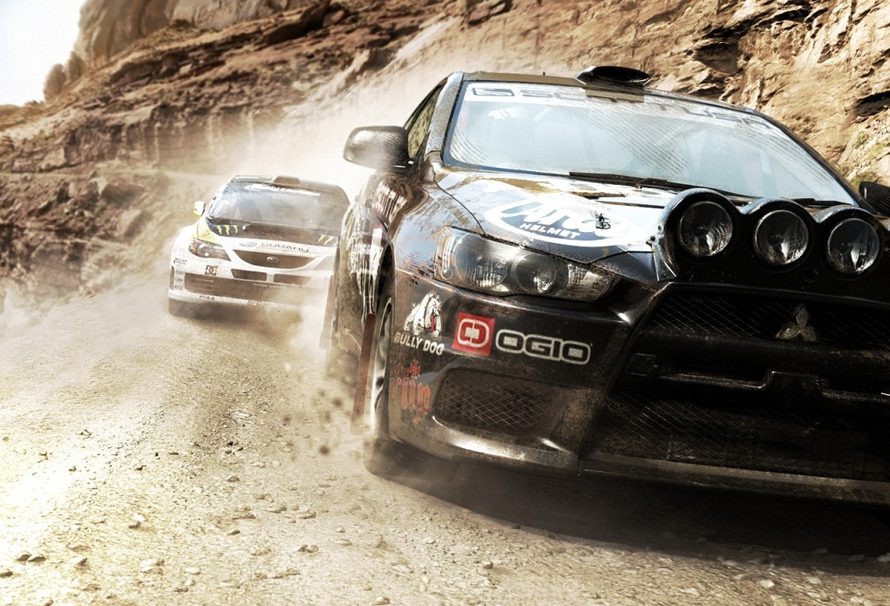 DiRT 4 is released this week, and despite it having ‘4’ in the title, it is not the fourth title in the series, nor is it anywhere close. This series of rallying games goes way back to the humble PS1, and has been popular ever since. Prepare to be taken back in time to those days, when controllers were kind of the same but that weird grey colour and wired. Wierd.

The game series began life as ‘Colin McRae Rally’, named after the famous rally driver Colin McRae, as he was consulted on the game and its design, and his Subaru Impreza with blue and gold livery was on the box cover. The first game launched in 1998, and had 4 more sequels running up to 2004, steadily improving the rally experience, and pitting players against McRae himself in various game modes and world locations from the World Rally Championship. Towards the end of the series, it was squeezing as much power out of the PS2 as it could, delivering advanced damage effects for its time.

With the new PS3 and Xbox 360 platforms, the series was relaunched and rebranded as Colin McRae’s DiRT. This came with a flurry of new game modes that expanded the off-roading racing world, such as: Hill Climb, Crossover, RallyCross, Rally, Rally Raid and CORR mode with buggies and trucks racing together. It also introduced the pyramid style career mode, allowing you to progress further up the more disciplines you master.

DiRT 2 was the first game in the series following Colin McRae’s unfortunate death in 2007. The game instead featured drivers such as Ken Block, Dave Mirra, Travis Pastrana and Tanner Foust, all lending their voices to their characters in-game, and available to race against, be taunted by and also team up with. DiRT 2 introduced new stadium events, and new game modes such as Elimination, Gate Crash and Last Man Standing, giving the game a much more arcadey feel compared to its rallying pedigree. It also adapted the ‘flashback’ mechanic from its sister title Grid, allowing players to rewind time a certain amount of times in a race to avoid crashing.

DiRT 3 was the first game to drop Colin McRae’s name from the game title, and is known as the biggest departure from the simulation rally experience. It had a significant focus on the ‘gymkhana’ aspect of racing, a mode where players must get high scores by performing tricks and stunts in an arena. This allowed the game to have party game modes with multiple players all racing around arenas trying to outdo each other. Despite that fact, the standard rallying experiences were still present, and it even contained a ‘hardcore’ mode, that restricted the player to a cockpit view and no visual aids of assists for driving.

The first DiRT game on PS4 and Xbox One, it also saw a return to the roots of the series: rallying. The game was found to be very difficult, but also incredibly accurate as a rallying simulator game. The excellent new graphics also featured tracks from around the world and different weather systems, and 17 different cars from various eras of rally, from 1970s to modern. The game was praised by some as a return to form, the best rallying game on the market, and one of the best racing games on the current generation of consoles.

The latest DiRT title is set to combine the fun and accessibility of DiRT 2 and 3, and blend in the hardcore simulation aspects of DiRT Rally, by having two modes: Simulation and Gamer. It also looks better than ever, the cars have even more realistic handling mechanics on various surfaces and it can procedurally-generate rally stages, giving the player millions of different tracks to enjoy.

DiRT 4 is out now on our store. What was your favourite racing series ever?