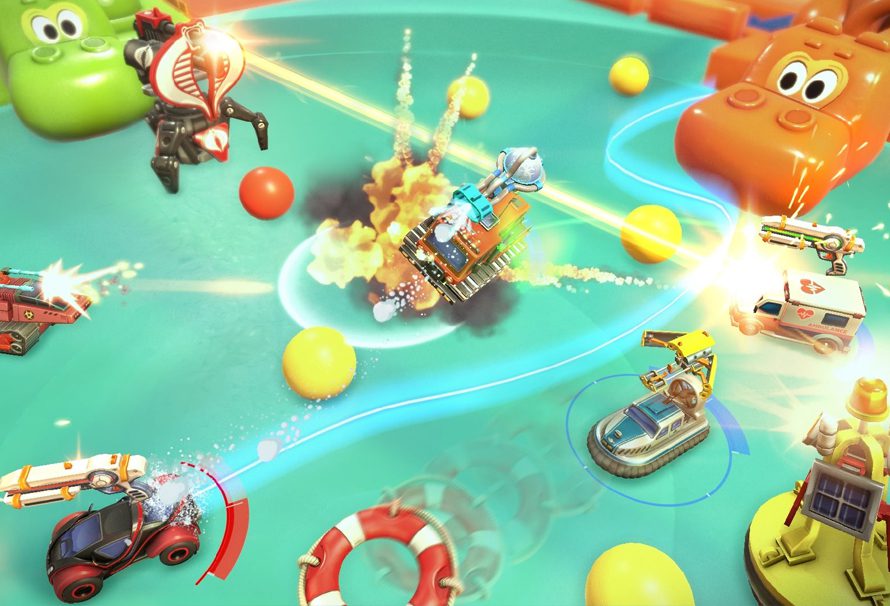 Micro Machines has been around for over 2o years (26 to be exact) and the latest game, Micro Machines World Series, is coming out on the 3oth June. So whilst you wait the couple of days before the game is released we thought we would give you a history of Micro Machines games. Do you think World series is going to compare to these classics?

Released all the way back in 1991 on the Nintendo Entertainment System (or the NES if you prefer) and then in 1993 on other consoles. This was the first game to lay down the Micro Machines foundations of racing miniature cars in unconventionally themed race tracks.

Micro Machines 2 added some brand new features to the series, such as different handling techniques for each car and other vehicles such as helicopters and hovercrafts. The game also featured different game modes such as head to head  which awarded players for driving a full screen away from their opponents, which has become a micro machines staple. The PC version of the game also came with a track editor.

This title was only released on the Sega Mega Drive (or Genesis in the US). This was an up to date version of Micro Machines 2: Turbo Tournament. It featured new tracks and updated tracks from the original game. It also came with it’s own track construction kit that only came out for the PC version of the original game.

This game was only released in Europe and Australia for the Sega Mega Drive, this game featured brand new tracks  and as you would expect, military vehicles. These vehicles were given weapons which allowed players to attack their opponents.

A port of Micro Machines V3 for the N64, Micro Machines 64 Turbo was the same game with some added extras. The game introduced 8 player local multiplayer with the gamepad share. This allowed 2 players to share a pad. The vehicles had automatic acceleration in order to compensate for the lack up buttons in this mode.

Instead of cars, Micro Maniacs used running people instead. Occasionally these character would use vehicles on specific tracks, such as jet skis and skateboards. It had 12 characters to choose from and multiplayer games for up to 8 players.

What is considered at the true sequel to Micro Machines V3, V4 had over 25 tracks and 750 vehicles for players to choose from. Tracks also included locations such as the supermarket and ta swimming pool

The latest title in the franchise brings all of your favourite features from previous games and gives them a fresh lick of paint. With HD graphics and Brain Blessed announcing, this is set to be the best game in the series yet.