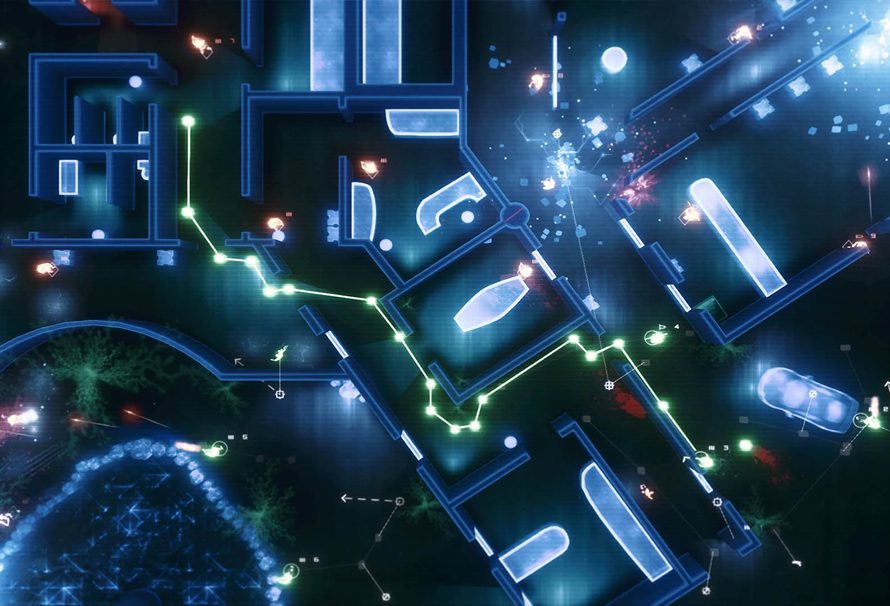 Frozen Synapse is an incredibly deep tactical game where you control a squad of clones as they undertake a series of missions in a cyber-punk inspired city. It is beautiful, it has an amazing soundtrack, and it’s incredibly unforgiving (especially if you’re not the best at strategy games, like me).

It is probably one of the purest strategical and tactical experiences you can get, with a focus on simultaneous action with turn based planning.

Frozen Synapse 2 looks to build on everything that the original achieved, and then some.

Set in the whole city this time, Frozen Synapse 2 simulates an entire procedurally generated city that’s being torn apart by warring factions. The first stunning thing for us when we sat down with Mode 7 co-founder Paul Kilduff-Taylor was just how deep that simulation goes, it’s not just buildings that are being generated, but it’s also the factions themselves, going about their business, running missions, transporting goods. The city feels alive in a way that strategy games haven’t really tried since XCOM: Apocalypse.

In that city your character actually exists, not only as the head of a faction, but also as a character that if you’re not careful, can be taken out. Which, while we didn’t see that happen, would probably be bad.

From the city view you can watch what your competitors are up to, react to what they’re doing and plan your own actions. You can recruit new clones for your burgeoning clone army, and plan just how you’re going to do over your rivals. One of the most impressive things was how reactive it is, if you see another faction rob a bank for example, you can then intercept them on the way back to their base, getting all the lovely lovely loot for your own faction.

Breathtakingly you can zoom right in on the city, and when you go to run a mission in the city it takes the procedurally generated map view of the city as its basis, generating the tactical map to fit in with the larger world. It even keeps things appropriate, so if you’re robbing a bank, it’ll be a bank. If you’re in a warehouse, then a warehouse is what you’ll fight in. This also ensures that you’ll never play the same game twice, as the city will be different, and as a result the maps you fight over in the tactical mode will be different too.

There’s a whole raft of new abilities for the clones, and the turn based part of the game has also had a bit of a rework, trying to help it combat the ‘hunker down and wait’ strategy many players used in the first game, especially in multiplayer.

Frozen Synapse 2 is shaping up to be something absolutely special, and something that any strategy, cyberpunk, or scifi fan should definitely check out.