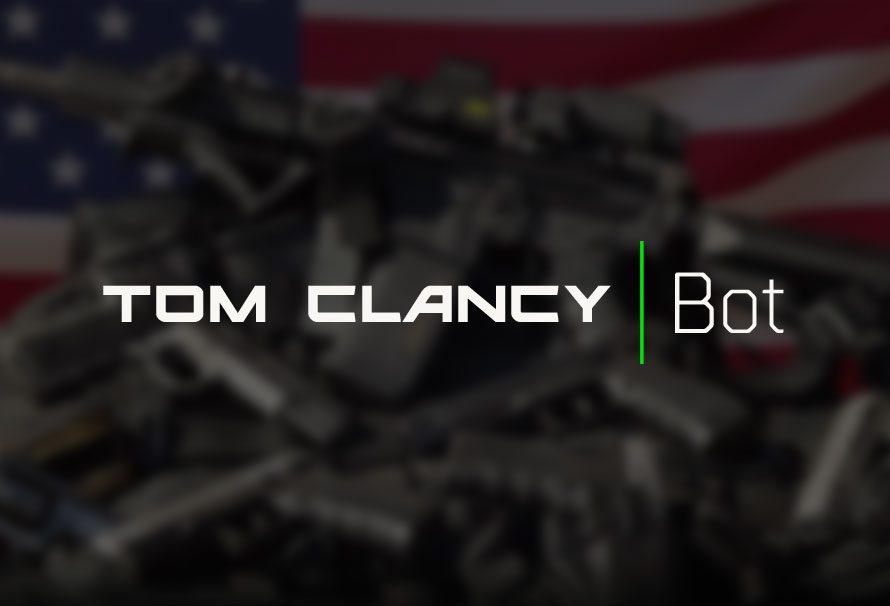 Each feature has been specially selected from the best Tom Clancy games and films in order to create the ultimate Recon Machine! If you don’t believe us, then here are what a few well known gaming icons had to say about the Tom Clancy Bot!

Solid Snake: “I was up against the Tom Clancy Bot, and within seconds the world turned to black and I heard the words ‘Snake? Snake SSNNNAAAAAAAAAAAKKKEEE!?!’ over my intercom.”

Agent 47: “The Tom Clancy Bot is unstoppable, it saw through all of my disguises, including bald chef, bald bus driver and even bald bell boy!”

Ezio Auditore da Firenze: “I couldn’t get away from The Tom Clancy Bot fast enough! He even caught me after I jumped off of a 80 foot high tower into a bale of hay!”

Mario: “When I finally got to the castle I was told my princess was already saved by the Tom Clancy Bot.”

You’ve heard it from the pros, now here are some of Tom Clancy Bot’s key features! 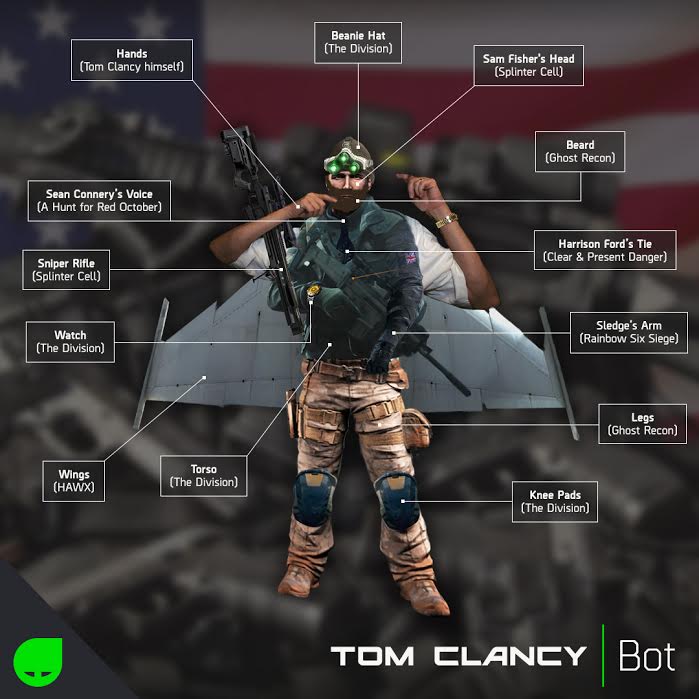 *After rigorous testing it was discovered that the Tom Clancy Bot had developed it’s own consciousness and subsequently had to be put down. Fear not however as the Ghost Recon Wildlands beta is live today with the full game coming out the 7th of March. True, it’s not Tom Clancy Bot, but it will give you a taste of the potential this droid had.