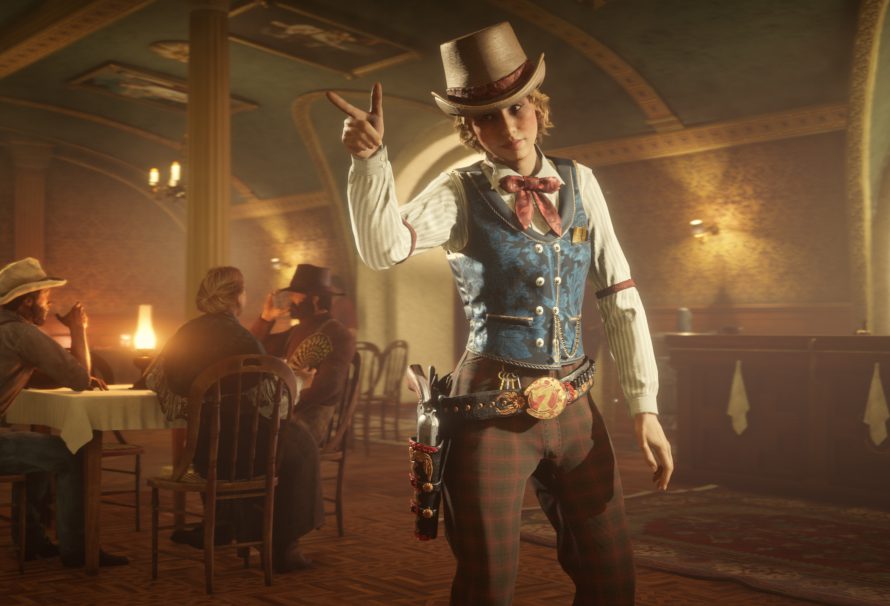 Figuring out which are the best PC games 2020 is a hard task. The issue is that there’s just so god damn many of them. How on earth do you even make that list? Well, in this case, we’ve done it so you’ll never have to worry about it. There’s something for everyone here, so make sure you get stuck in and see which of these you’ve yet to play, then promptly correct that mistake.

From Software games are brilliant. They can be hard, but taking the time necessary to master them is incredibly rewarding. While you could put any of their games on this list, the most recent entry in their catalogue, Sekiro: Shadows Die Twice, is just a stellar example of how good a single-player game can be. It’s got an excellent story, stressful gameplay, and a beautiful world to explore. Also, you are a ninja.

What if, and hear us out, everyone in the world was just stupidly hot? That’s the basic premise of Hades, an Early Access roguelike from Supergiant Games. Okay, maybe that’s not actually the premise of the game, but it is true of it. The actual premise of the game is that you play as the son of Hades, Zagreus. Your aim is to fight your way out of the underworld and try and learn a bit about yourself on the way. It’s easily one of the best PC games out at the moment, and it’s not even fully out yet.

The joy of hacking, slashing, shooting, and magicking your way through a horde of enemies with friends can never be overstated. Warhammer: Vermintide 2 allows you to live out all of these dreams, all while listening to the quips and questionable politics and morals of the characters you get to play as. It is, quite simply, very good fun. It would be good clean fun, but there’s really nothing clean about this stuff.

You’ve probably seen plenty of pictures of 2B, the main protagonist of Nier: Automata, all over the internet. No judgment here, don’t worry. The thing that you might not know, is that despite the low-high level hormonal energy that permeates the character designs of this game, it’s also one of the most stunning stories in gaming history. More than just a pretty face.

Imagine the universe. I mean, sit there, try and wrap your head around the infinite cosmos that expands in every direction all around us. The size of which means that it effectively stretches both forwards and backwards in time thanks to the time it takes for light to travel. No Man’s Sky is that but in a game. It might not have been everyone’s idea of a good game when it released, but nobody can deny the behemoth of a game it has become since.

Red Dead Redemption 2 is a slow, plodding, life-consuming adventure that is at times an exhausting chore of a game. However, despite that, it manages to be one of the most incredible single-player journeys in recent years. The kind of thing that will probably be remembered for years to come. Plus, it has an excellent multiplayer mode that can easily keep you occupied for any of the hours you’re not wallowing in despair after the main game.

Minecraft is one of those games which is truly fun for the whole family. It’s not just that it’s easy to play, or the weirdly pretty graphics, it’s the promise of infinity that comes along with it. You could play this game and only this game for the rest of your life and still discover new things, new worlds, new layouts, and new ways to die. It’s intensely fun, and it’s still getting updated nearly a decade later.

There are, admittedly, a lot of battle royale games around at the moment. While Fortnite is a very good choice if you’re that way inclined, it’s hard to match the joy of playing with friends in Apex Legends. Set in the same universe as the equally fantastic Titanfall series, Apex Legends has you controlling unique characters with amazing abilities, all as you try and take out the other squads and survive to come out on top. It’s some of the most fun you can have on PC, and that’s what makes it one of the best PC games.

Divinity: Original Sin 2 is an absurdly large CRPG with more to do than you could manage in one hundred hours. It’s a turn-based, physics-intensive, role-playing game, one where your best course of action is often a complex web of steps that result in simultaneously wiping out a horde of angry demons. On top of that, there’s loads of replayability thanks to multiple classes, some truly absurd mods, and even a little squirrel knight.

Sometimes you just want to get away from it all. It’s not enough to just play a video game, you want to live a completely different life. Well, as moving house is expensive and tiring, it’s far easier to simply inhabit a digital world that’s just a lot more chilled than our own. That’s where Stardew Valley comes in. You take control of someone who has just moved from the big city to a tiny rural village, and your only job is to look after a farm, flirt, and have a good time. Sounds great? That’s because it is.

What other games deserve to be on this list? Comment below or head over to the Green Man Gaming Community site to see what other gamers have to say.