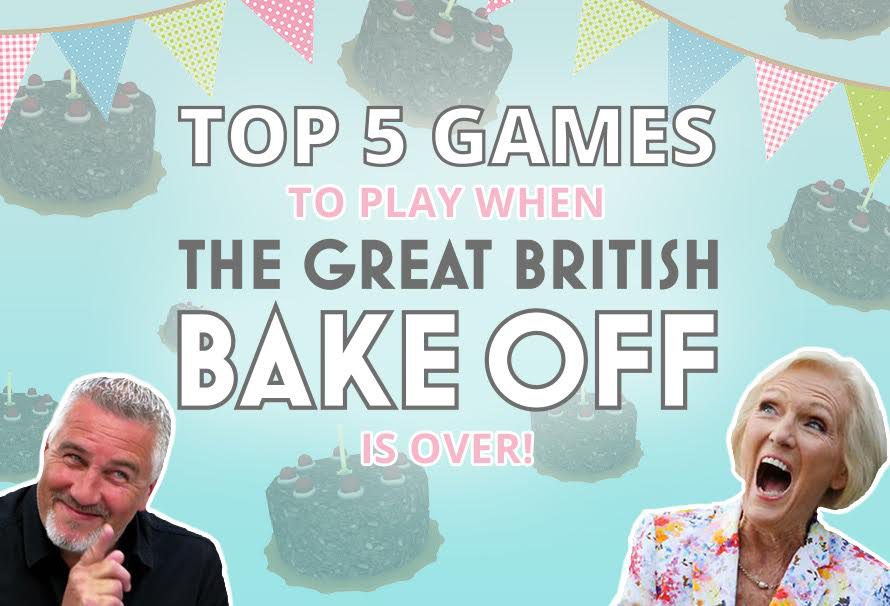 Now The Great British Bake Off has finished, we here at Green Man Gaming thought it would be a great idea to list our top 5 games to play now that the post Bake Off blues has hit.

In Overcooked you and up to 3 other friends must prepare, cook and serve a variety of tasty treats and meals for customers. The game ramps up the chaos pretty quickly as players have to work against the clock, as a team to get their meals to hungry impatient customers. It’s basically the closest thing to the Great British Bake off in our opinion.

Fat Princess is a Multi-player real time strategy game for up to 32 players. The main aim is to rescue the cake addicted princess and get her back to your teams base. The cool thing here is players can pick up cake and feed it to the princess which then makes it harder for the other team to drag her back to their base. It’s just a shame the princess doesn’t judge the cakes on their quality before she scoffs them down.

Yet another game where you have to prepare meals in the quickest time possible, Cooking Mama is a great game for gamers out there who prefer to follow a recipe. Mama gives you a variety of cooking tasks in order to create the perfect meal. If you don’t finish the tasks within the time limit then soggy bottoms are pretty much guaranteed.

Whilst Portal is not directly linked to cookery in any way we thought it should make the top 5 as you are promised a cake for fully testing out the Aperture Science handheld portal device. Don’t believe what you hear, the cake is not a lie… we promise…

Here are a couple of honorable mentions that didn’t quite make it into our top 5 list:

In ‘Splosion man you are tasked with escaping the laboratory where you are created. At the end of each level of this crazy 2D platformer you are awarded cake. We loooovveee cake.

Do we really need to say anymore? It’s a level made of cake, what more could you want?

Though technically not a game we had a cake made for us to celebrate our website going Alpha, we thought it would be rude not to share it.

So there you have it, our top 5 games to play when The Great British Bake Off finishes. These should hopefully tide you over until next year! unless you aren’t a fan of Channel 4, but lets not get into that.

Do you have some awesome baking related gaming puns you would like to share with the world? Then check out the competition we are running on twitter! Come up with the best pun and you can win yourself a game!

The Grand Caiman DLC drops for Shadow of the Tomb Raider

Why Portal Players Should Give Q.U.B.E 2 A Go