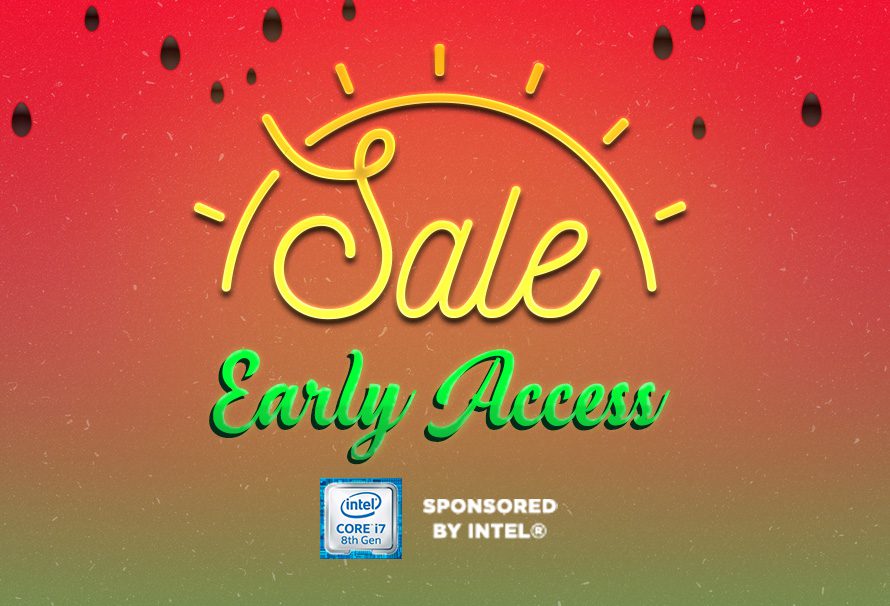 It’s Summer and around here in sunny London that means sales. We’ve even called it our Summer Sale, and for one day only it’s in Early Access.

What does that mean? It means our sale is so spicy, our deals so good, the games on offer are so cheap that we’re keeping it secret for one day only. Only those of your lucky enough to have Green Man Gaming accounts can see how much we’re discounting games.

How does it work? You log into your Green Man Gaming account (or create one if you want to join in with the party) and then add one of the games below to your basket. You’ll see the price change before your eyes, making what was already cheap even cheaper.

Let’s look at the games on sale today, maybe you’ll want to grab a few?

Frostpunk is a city builder with a twist; the twist being that you are all slowly dying in a Steampunk world of frozen horror. Keep your people alive and make difficult decisions about who will live and who will die as you try desperately to keep your city breathing for another year, another month, another week. Chilling stuff.

Everyone loves a zombie, unless you’re being chased by them across an apocalyptic hellscape that is. Run and leap your way to save yourself from the ravenous hordes, during the day you’re a force to be reckoned with as you scamper across the city, but at night They come out. And you don’t want to be around then.

Skyrim’s the game that could, it’s taken the world by storm ever since it was released in 2011 and now you can go to Tamriel like never before. Skyrim VR brings you the amazing open world RPG and puts it right in your face, go hang out in a tavern and listen to the music, catch some butterflies, collect all the cheese in the world. These staples of Skyrim are now even more realistic and immersive as you’re right there in the action.

Human Fall Flat is a physics based comedy platformer puzzle game where anything can happen, and usually does, especially if it involves you falling over or getting splatted under something. It’s even been updated to include multiplayer so you can squash your mates under things or roll them off cliffs. And in the game.

Prey is the underdog of the Immersive Sim genre, but thankfully in part to the superlative Mooncrash DLC it’s finally being recognised as what it is; an absolute masterpiece. Taking place on a space station under attack from a terrifying alien menace, you as Morgan must find your way off and also find out what the hell has been happening to you. Game also features vents, as all good immersive sims do.

Borderlands 2 features some of the best FPS/RPG action available, but it’s more than that. It’s a co-op game that has incredibly dense humour that it genuinely is one of the few videogames that manages to be funny. Featuring a roster of characters you’ll hate, love, or laugh at, it’s brilliant and deserves your time. Also Tiny Tina is the best character, don’t @ me.

Taking the Assassins right back to their roots in ancient Egypt, this game is much more of an RPG than any other in the Assassin’s Creed series. Featuring a vast open world with huge environments and a storyline that shows you the beginning of the Creed itself, this game was a huge return to form for the longrunning series.

Go on, get Mad Max, it deserves it.

Giving you more Civilization V than you’ll know what to do with, the Complete Edition features an absolutely huge amount of DLC to expand upon your Civilization V experience. If you’re wanting the best and most complete Civilization V, this is the bundle you want to buy.

RAGE is getting a sequel, all pink and soundtracked by Andrew WK. But where did the series start? Head back to the heady days of megatextures and immerse yourself in the post-apocalyptic world of RAGE. Featuring mutants, cars, and the best shotgun outside of DOOM, RAGE is a classic shooter with open world elements and is well worth your time.

For Honor surprised everyone by not only surviving, but thriving. With intense but careful and poised melee combat, this multiplayer game has gone from strength to strength over the last year and now stands as a multiplayer game that is taken seriously. With more coming soon, now’s the perfect time to jump on For Honor and earn your stripes in the arena.

What if almost everyone died because of a disease spread via the handling of money? That’s the setup for The Division, a game which lets you go out into the frozen apocalyptic streets of New York and try to survive, alone or with friends. With the sequel announced at E3 2018, The Division is nearly complete so if you want to dive in and get some shooting done, now’s the best time.

Taking the war back to America, it’s time to head to an open world, do some shooting, and save Montana from an eerie cult that’s infested it. With all the staples of the Far Cry series present, like NPC friends, a massive world, vehicles, outposts, and a huge amount of weapons, Far Cry 5 takes the Far Cry formula and makes it better than ever before.

XCOM 2 War of the Chosen

So big an expansion it’s almost a new game, War of the Chosen adds a huge amount to the already jam-packed XCOM 2. Now you have more to worry about as the Chosen are here for you, and they’ll chase you over the entire game unless you put a stop to their perfidy. You can do it though, commander, we believe in you.

Rise and Fall is a huge expansion for Civilization VI, this expansion adds features which aim to simulate the rise and fall of civilizations throughout history. Ages add their own benefits and challenges for you as you fight the march of time, making your eventual success even more sweet as you stand astride the pages of history.

What if you were a shopkeeper in a fantasy town? That’s the question at the heart of Moonlighter, a game where by day you run your shop and try not to gouge your customers too much, and by night you descend into a vast network of dungeons under town, aiming to bring back more goods to sell. With a huge amount of upgrades and depth for days, Moonlighter will keep you happy for a long time.

7 Days to Die is a zombie FPS set in a brutal survival world where it’s fight or die. Scraping together anything you can to prolong your life for a few minutes or hours, 7 Days to Die also has that most deadly of foes; other people. Band together or fight against each other, survival at any cost is the order of the day.

Asymmetrical multiplayer games are sadly few and far between, but Dead by Daylight proves that can succeed. A 4vs1 game that sets players against a human controlled Killer as they stalk and hunt their prey. Can you escape the Killing Ground and survive, or will you play as the Killer and catch your fleeing human prey, ending their lives?