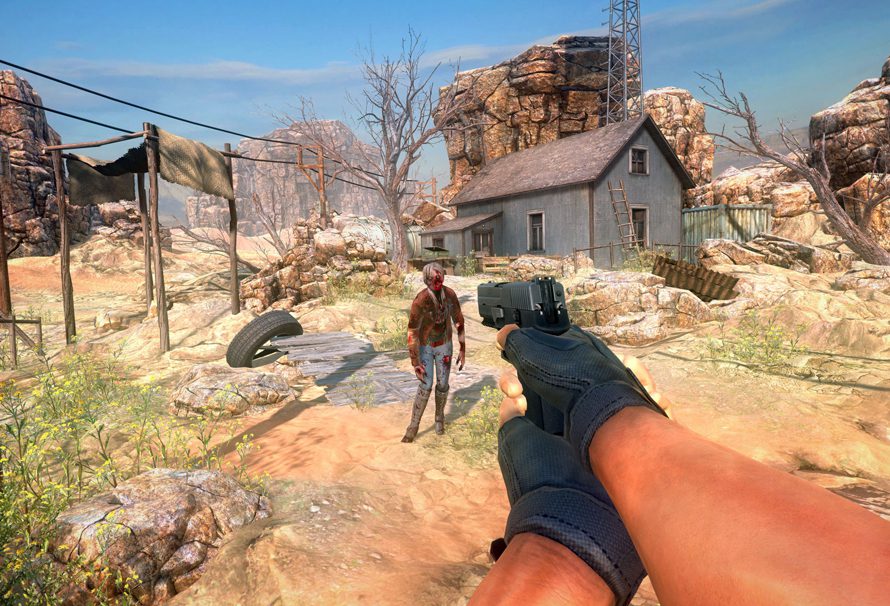 With the announcement that the Oculus Rift has cut it’s price we thought we would list some of the best VR games to get your hands on.

In the world of SuperHot time stops for no one…unless you stop moving. In this first person shooter time stops dead when you do, allowing for some epically stylish first person shooter combat. Nothing is cooler than throwing a vase at someone, slowing down time enough to catch their gun in mid air then getting the head shot in. It’s the most innovative shooter we’ve played in years.

Do you want to be Batman but without the hefty bill that comes with getting all of his gadgets and your very own Bat-cave installed under your house? Then you’re in luck as Batman: Arkham VR lets you become the Dark Knight and save Gotham once more from it’s eccentric criminal underworld.

Also you gain access to the Bat-cave by playing the Bat-piano which is pretty Bat-awesome.

What’s better than zombies in video games? Zombies in VR games! In Arizona Sunshine you come face to face with with the undead hordes as you try and survive in the blistering Arizona heat. Just make sure you don’t fall down the Grand Canyon whilst on your travels; that will not end well. Watching zombies fall down there on the other hand is actually pretty amusing.

Fancy yourself a dab hand at brain surgery? Maybe you want to give a open heart surgery a whirl? Or maybe you just want to take some organs out of a person using a potted plant just to see what happens? Then Surgeon Simulator ER is the game for you. In virtual reality you can perform many surgeries in many different locations. So if you want to test out some surgical implements in space you can. The possibilities are endless.

So you’re on space station on Mars minding your own business when suddenly all hell breaks lose. Literally the portal to hell has broken open and it is up to you to slay the demons and get out alive. This game is not just a VR version of the 2016 hit, it’s its own story set in the same universe. So buckle up and get ready for some high adrenaline demon slaying which will not go easy on the amount of blood spilled.

To get an idea of what you can expect from Doom VFR check out our suggestions of Things To Try Out In DOOM VFR.

Have you ever wanted to jump into the world of Fallout 4? Well now you can, your dreams of wearing a suit of power armour and exploring the waste lands have just come true. Armed with your pip boy, various weapons and your faithful canine companion Dogmeat. You are free do what you like in Fallout 4 VR. We do suggest that shooting things and base building be on the top of your lit however.

If you are stuck with things to do in Fallout 4 VR then check out our handy list of things to see.

These games should at least get you started with your new Oculus purchase. If you have any suggestions that we may have missed however, et us know in the comments section at the bottom of this page.

2020 The Year For Virtual Reality?