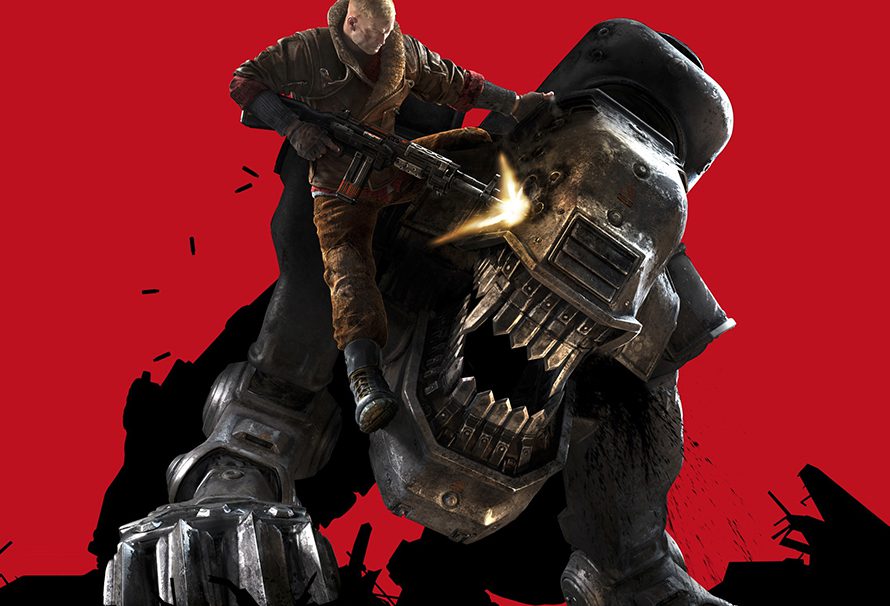 With the announcement of Wolfenstein II: The New Colossus and the hype train slowly ramping up for Wolfenstein once again. We thought we would delve into the background of the series and protagonist B.J Blazkowicz. As you can imagine, Wolfenstein: The New Order was not his first outing, so here is how the character has evolved over the years.

Back in the days of Wolfenstein 3D, Blazkowicz’s pixel count was a lot lower than what he is used to in this day and age of gaming. As Wolf 3D was the dawn of the first person shooter, most of Blazkowicz’s air time was devoted to his head, which featured at the bottom of the screen and acted as a visual health bar, getting sadder and bloodier the more health you lost.

Fast forward to 2001 and B.J. Blazkowicz has been given a PlayStation 2/Original Xbox era make over. Blazkowicz teams up with his best American agent buddy Agent One (maybe his birth name?) must escape castle Wolfenstein. Also battle through an oncoming horde of the undead, because it wouldn’t be Wolfenstein without some mad hatched Nazi plan. With the inclusion of a more thought out story and some pretty good looking graphics, B.J. Blazkowicz got a reasonable make over compared to his 1992 counterpart.

In this iOS outing, B.J. Blazkowicz’s head has returned to the bottom of the screen. In a game which can only be described as a shiner Wolfenstein 3D. Blazkowicz has to escape ‘The Tower’ and then infiltrating Castle Wolfenstein to put a stop to the supernatural evil that the third reich is conjuring up. By this point you would think that Blazkowicz would be getting a sense of ‘Ground Hog Day’ the amount of times he has had to stop the Nazis and save the world.

Released during the Xbox 360 and PS3 generation, Wolfenstein 2009 was a reboot of sorts that put Blazkowicz in an alternate timeline where the Nazi’s were tapping into a alternate dimension in order to harness its power to create some pretty awesome looking laser guns and anti gravity weapons. With it being the Xbox 360 and PS3 era the graphics looked pretty top notch with Blazkowicz himself looking pretty hi-rez. Those green lasers were pretty as well.

As Wolfenstein didn’t do as well as the developers wanted, the series received another reboot in the form of Wolfenstein: The New Order. Now running on the IdTech 6 engine (it’s so pretty) Blazkowicz is looking the best he has ever been. What’s also quite cool is most of the game is set in an alternate 1960 where the Nazi’s won the war. There is also large fire breathing mechanical dogs known as Panzerhunds which are pretty awesome. The game also got a stand alone DLC called Wolfenstein: The Old Blood where Blazkowicz is tasked to infiltrate Castle Wolfenstein (would have been rude not to).

The sequel to The New Order, this game will carry on the story, yes that’s right a Wolfenstein game that isn’t a reboot or an alternate storyline. Huzzah! The game should be releasing on October 27th. You can also check out what bonkers things we saw in the trailer here.

So that is how B.J. Blazkowicz has evolved over the years, from a simple pixelated man to the Nazi killing power house you see today. Still kind of wish they carried over some of the weapons from Wolfenstein 2009 though, those were great.